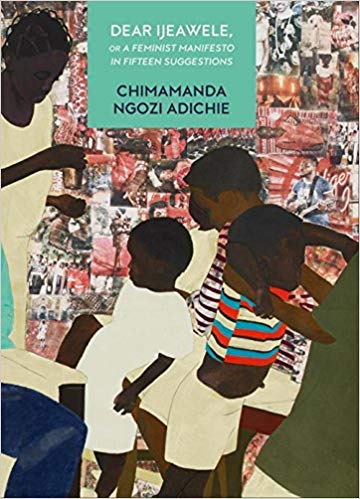 When a friend asked writer Chimamanda Ngozi Adichie to produce a manual that would help new mothers raise their children as feminists, she seized the opportunity. Her response, a booklet of 15 suggestions, is a kind of postmodern version of Mary Wollstonecraft’s Thoughts on the Education of Daughters (1787).

Reacting to writers such as Jean-Jacques Rousseau – who, infamously, wanted to deny women education – Wollstonecraft, an early feminist theorist and philosopher, argued that women were rendered subservient mainly through their lack of education. In part, she was responding to a spate of books about the proper conduct of women, a popular genre at the time. Adichie, too, focuses on conduct. Women ought to resist men who rely on them to behave themselves in ways that make them complicit in their own oppression, she says.

Her suggestions for how to raise a feminist are fairly standard imperatives for instilling a sense of equality and a consciousness of democratic rights in children. Unless one is an authoritarian, a patriarchalist (or patriarch), a fascist or a religious fundamentalist there is little basis to critique her stance. Her suggestions are more or less what progressives everywhere are calling for. Nevertheless, it is worth interrogating some of her ideas and assumptions in more detail, as a way of understanding them.

Adichie’s suggestions can be summarised as follows: a girl should grow up to become a complete person who is not limited to any specific role by her gender, and she ought to be given the space to realise all her talents and inclinations. Both parents should share in the task of bringing up the child; mother and father together should see to her needs for food, health, comfort, security, growth and, importantly, life possibilities. The father’s involvement should include cooking, an activity that deserves no praise.

Her enemies are men who think women must play subservient roles precisely because they are, biologically, women. She castigates men who think women must be modest, well behaved, uninterested in sex, or confined in their activities and interests to the private sphere. She hates moralisers who paint female rebels as promiscuous and immoral. She wants a world where sex is freely chosen, joyous and free of shame. Parents ought to educate their daughters about sex and about society’s prejudices, for it is a topic that is all too easily hidden by secrets.

Girls should be encouraged to explore the world, to read, and to question – and especially to question limits placed on them. Adichie abhors the tie between biology and one’s place in society, and the views of men who believe women must leave important activities and decisions to men. She attacks passivity, inequality and deference in yielding to men simply because they are men. The result, she suggests, is imposed self-censorship, self-sacrifice, self-hate and self-blame.

Adichie devotes her 10th suggestion to questions of appearance, such as body image, how clothing is worn and how women present themselves. “If she likes make-up, let her wear it … Feminism and femininity are not mutually exclusive,” she writes, in a clear rejection of those 1960s feminists who rejected such manifestations of the feminine. She also brings up the question of hair, so crucial for black women, when entire industries are devoted to hair straightening. In this connection, she laments the racist aesthetic that saturates the globe that imposes whiteness as the standard of beauty.

Much of Adichie’s advice is determined by her Nigerian origins, but many of her suggestions might well be more universally applicable. She opposes aspects of patriarchal culture in Africa, recommending a post-tribal approach to life that nevertheless does not disown tribal origin. Differences must be accepted, whether these are based on ethnicity, sexuality or class – everyone must be entitled to dignity, except those who diminish others’ dignity.

Adichie is no Germaine Greer. Unlike Greer’s second-wave feminism, her feminism is decidedly mild, although a certain anger simmers beneath the surface of her text. Greer, the Australian feminist, is left wing and radical, and prefers “liberation” to equality. Greer demands that the world be changed, politically and culturally, by feminism. Adichie, meanwhile, wants men to change, but not necessarily the world.

For this reason, her manifesto comes across as relatively free of ideology. She is an anti-traditionalist liberal and a modernist – a stance very different to those of feminists who associate patriarchy with capitalism. Her agenda appears to favour neither right-wing nor left-leaning political philosophies.

Adichie is, of course, writing in a world that has changed considerably since the 1960s, when Greer first became prominent. Since then, the feminist movement has split into countless subgroups and sects, especially following the rise of identity politics. The dissolution began with the so-called third wave of feminism, when black feminists such as bell hooks broke with the agenda of their white middle-class counterparts.

Being an African, Adichie’s project is to dissolve oppressive traditions that persist in the post-colonial period and which keep women confined to matters of home and family. Her ideas will probably be loathsome to traditionalists who regard public life as the domain of the male. Adichie hates the idea that women are destined to become wives and nothing else, or that marriage is every African women’s crowning achievement.

While her project is laudable, Adichie seems not to have thought out some of her ideas. Some of her suggestions attempt to universalise ideas that could well be questioned. In her haste to do away with the forces that oppressed her, Adichie wants little girls to cease their striving to be nice, to be liked. But while her motive is to promote authenticity over the fear of isolation, it is also clear enough that the desire to be liked is well-nigh universal and an integral part of negotiating social relations for everyone.

As we have seen, she wants mothers to have the kind of relationship with their daughters that would see them comfortably discussing their sexual lives. But such an intense tie-up is liable to limit the freedom of the child to keep secrets – which could be said to be necessary if children are to freely develop their identities. Again, Adichie recommends that parents “give” the child a sense of identity, suggesting that identity can be conferred. But identity is often forged through a process of differentiation from parents, from their beliefs and behaviour. An argument could be made against this as a form of social engineering because of its effect on the freedom of the child.

Adichie’s work is deliberately free of theory, written for all women, and especially for the young. She argues against the use of the “jargon” of feminism. While discussing the issues in some depth, she thinks words such as “misogyny” and “patriarchy” should be avoided – and concentrates on everyday forms of the oppression of women. In keeping with the current post-ideological age, her feminism sidesteps the political, confining itself to the cultural and the quotidian. She steers clear of current debates between feminist factions, but her stance might irritate other feminists. Arguing for the value of anger, she avoids the kind of anger that chauvinists can pigeonhole as man-hating, bra-burning hysteria.

She also warns us against a “Feminism Lite” – which she defines as assuming that men are superior, but demanding that they be nice. She could very well be accused of being an adherent of another version of Feminism Lite, though – an almost anodyne plea for women not to submit to male domination. But in the context of a febrile continent, even the anodyne can play a polemical and rebellious role.

Ultimately, Adichie is anticipating, and constituting, a world in which women are equal to men in every way. Her recommendations are a blueprint for the mobilisation of women who are increasingly being equipped with the capacity to oppose and resist a patriarchy as old as history itself. 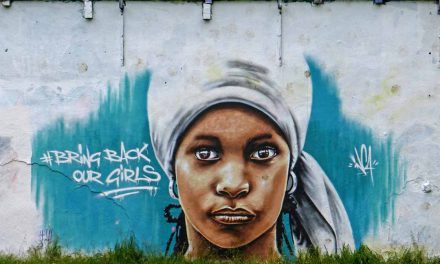 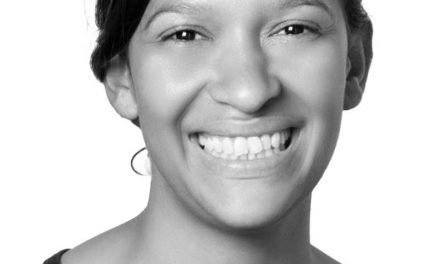