A grim future awaits states who do not procure energy

The Political Economy of Energy in Sub-Saharan Africa

In pre-industrial society, one used wood and fire for heat and light, gathering wood from the environment on a more or less sustainable basis. But industrialisation has made energy an issue of state, and if states fail to procure and provide energy to vast populations, poverty, disease and death await.

Access to electricity, in the 21st century, is about as important as access to food, shelter, health and employment, and plays a significant role in securing access to these basic conditions of life itself. Access is a critical factor in improving life chances, in escaping poverty, and a hundred years after electricity came into general use, it is still a scarce resource for almost a quarter of humanity.

This is why a book such as The Political Economy of Energy in Sub-Saharan Africa is an important text, despite its academicism and occasional obscurities.

The book covers a range of topics related to its title, with political economy fairly ambiguously defined, allowing for certain issues not strictly falling under its rubric – such as governance, gender relations, ecological social work and development issues – to be included in the collection. 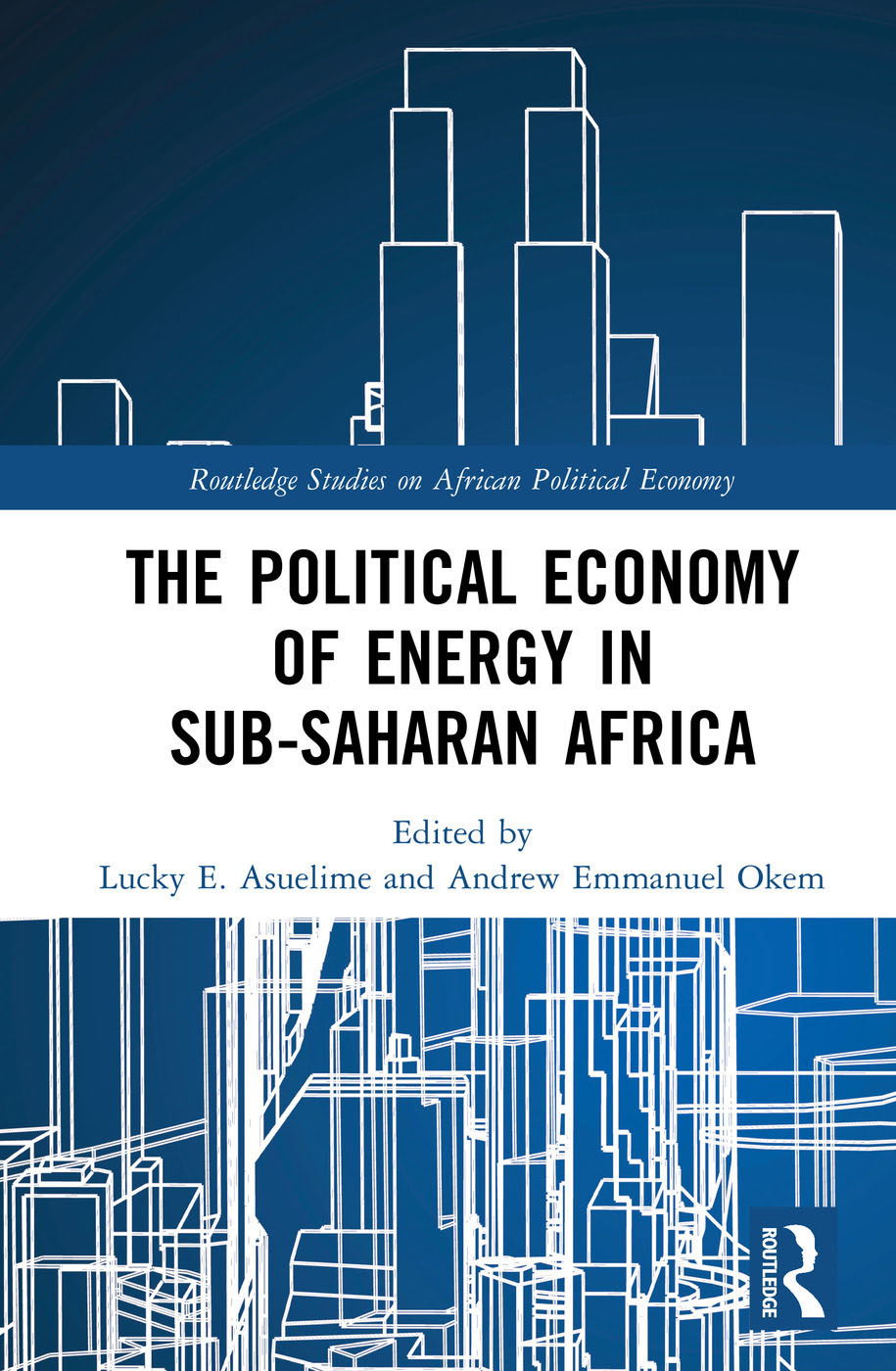 A chapter on gender relations and land use in Zimbabwe focuses on the marginalisation of the rural women of the Gokwe region, where cotton and maize production are the main sources of income. The authors show how women’s successes are stolen from them during the production process, made possible by a complex web of polygamy and an unfair tenure system that denies especially widows their rightful inheritance. They call for reform of gender-blind laws and legislative interventions by government.

A paper on ecological social work in South Africa borders on the obscure, seeing its task as enhancing the “co-existence and interdependency [of the] biodiversity relationship between humans and nature”. The authors are concerned with raising communities’ awareness of the benefits of ecological conservation, but they seem to limit the idea to the recycling of waste.

A more interesting chapter looks at the question of sustainable energy supply in Zambia, which has recently been plunged into darkness and a regime of load-shedding, a situation that seems to be affecting more and more countries on the continent. Energy is deemed sustainable if it does not deplete its source and degrade the environment. Zambia relies mostly on hydropower, but droughts severely affect output, as does bad governance, climate change and the degradation of energy sources such as forests.

Another chapter explores the manner in which affordable energy makes pro-poor development easier to pursue. It adopts the UN Millennium Development Goals as the framework for the fight against poverty in Ghana. The author, David Anaafo, gives an account of Ghana’s many energy crises, beginning in 1983, which have had grave effects on the people, and set back efforts to reduce poverty. Unsurprisingly, Anaafo argues that access to energy improves incomes, education, social participation, gender equality, health and the sustainable use of natural resources.

The book presents four chapters on various aspects of the energy issue in Nigeria. The country has an abundance of coal, which provided 80% of Nigeria’s energy until 1957/8 when it dropped to 64%  – by 1987 coal mining was halted. Uchenna and Kelechi Ani argue that coal has been underutilised in Nigeria, and that greater use of coal would spur industrialisation and create thousands of jobs. The paper is at odds with the overall stance of the book, which generally argues for a transition to cleaner forms of energy.

Another chapter is more in keeping with the book’s stance, setting out the disastrous effects of the oil industry on the Niger Delta, a region that has been neglected by successive governments while suffering much ecological damage inflicted by the industry. Friday Aworawo argues that the persistence of civil disobedience and even threats of secession in the region are the result of extensive degradation of the environment, of farming land as well as rivers and dams by oil companies such as Shell and Chevron.

Segun Joshua and Opeyemi Akinyemi examine the vicissitudes of fuel subsidies in Nigeria, showing how these have become a tool for politicians rather than a way to ease the plight of consumers. The removal of subsidies is often met with protests, and once in place subsidies are almost impossible to dislodge. But they allow cartels to milk the federal government, bribe politicians and even control political institutions. The authors list other writers’ objections to subsidies, saying their removal will narrow opportunities for corruption, temper inequality, increase economic development and make way for green alternatives.

The clearest picture of Nigeria’s woes is set out by Olawale Olaopa, Yusuf Akinwale and Ibikunle Ogundari in their examination of governance institutions – more accurately, of the lack of these and the networks they should ideally form to oversee the energy industry, particularly petroleum production. They argue that proper and efficient governance is essential for every aspect of the energy question, from production, distribution, implementation of policy, revenue collection and recording, to administration and management.

The trio show how the lack of coordination between federal structures, and between tiers of government, result in mismanagement, theft, corruption, recessions, and – more dangerously – protests, secession movements and political instability. They recommend the creation of appropriate institutions, the development and funding of local capacity, the devolving of overly centralised structures and increased consultation with local actors.

The book’s editors, Andrew Emmanuel Okem and Lucky Asuelime, characterise sub-Saharan Africa (SSA) as having, despite many resources, “massive poverty, low literacy, low life expectancy, poor infrastructure and high maternal and infant mortality” – a “paradox of poverty in the midst of abundance”. Confounding the situation, as other papers attest, the region’s political landscape is rife with “corruption, human rights abuses, clientelism and patronage politics”.

Climate change has worsened these problems, and SSA is projected to “experience the most negative impact of climate change”. Okem spells out the oft-researched connection between energy availability and socio-economic development, and points out that since awareness of climate change came into our consciousness, traditional energy sources have been revealed to have myriad negative effects on development, as they pollute the environment and accelerate climate change. He stresses that improvements in patterns of energy consumption have been linked to poverty reduction.

Lamentably, in SSA reliance on dirty energy is widespread, with many using biomass as sources of heat and lighting. Charcoal has become not only a source of energy but a means of livelihood. Thus the cycle of environmental degradation, deforestation and unhealthy outcomes is intensified. It is no wonder that governments have tried to regulate charcoal production, some even banning it outright.

With urbanisation rates faster than anywhere else in the world, people migrate to cities and improvise, creating shelters that become informal settlements choked with smoke-emitting pollutants detrimental to health.

The editors agree with the other authors that the energy sector is poorly governed in SSA, and political instability, corruption and patronage prevent the emergence of a stable energy market, and deter investment in the sector. The failure of governance means that the transition to green alternatives is strewn with obstacles. The lack of investment also means a lack of beneficiation, making processing companies in developed countries beneficiaries in a situation that makes for a vicious circle.

The failure of Africans to benefit from the region’s many resources has led to wars and armed conflicts, and the resurgence of terrorism is connected to this competition for vital resources. It will take many years and the efforts of many forces to dislodge those whose interests are served by the status quo to arrive at a fairer, greener and more humane distribution of energy in the region.