On a recent state visit to Zimbabwe, President Emmerson Mnangagwa praised Malawi for successfully holding its election re-run without the presence of foreign observers and questioned whether they were required for polls in the region.

In 2011, the then British Ambassador to Zimbabwe sought clarity on whether Western observers would be allowed into the country. Mugabe answered explicitly in the negative: “Zimbabwe cannot invite people who have imposed sanctions on her to be observers because by imposing sanctions, Britain has demonstrated her dislike of one side while favouring the other.” Since then Zimbabwe has remained under sanctions from Britain, the European Union and the United States of America. Most international election observers are commonly drawn from these countries and are generally deployed in the region to help safeguard voting integrity. 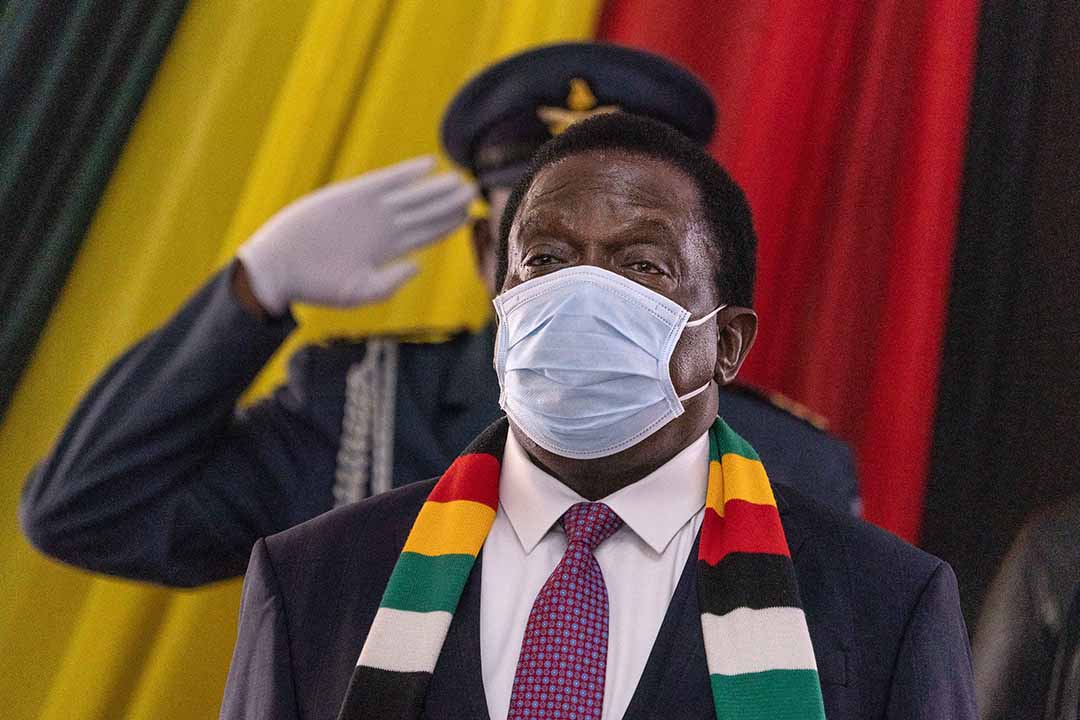 Zimbabwe’s President Emmerson Mnangagwa attends a meeting with civil society organisations on August 22, 2020 at the State House in Bulawayo, Zimbabwe. – Civil society groups met the president among other stakeholders for talks on the exhumation and reburial of Gukurahundi massacre victims. Some 20,000 people were killed during the 1980s, when late ex-president Robert Mugabe led a military-style crackdown on alleged militants known as Gukurahundi. (Photo by ZINYANGE AUNTONY / AFP)

Mnangagwa’s sentiment runs very similar to his predecessor’s when complimenting Malawi. Mnangagwa stated: “Here is a country which has held … elections without the United Nations, without SADC and almost all of these civil society organisations observing the elections, but they were successful, peaceful elections conducted by Malawi on its own … This makes us think whether it’s still necessary in future for SADC countries to look for supervisors from across oceans.”

While the success of Malawi’s re-run election should be commended, it must be noted that the election took place under extraordinary circumstances, namely the Covid-19 pandemic, making the absence of international observers more an act of fate than design. Travel restrictions, quarantine rules and health considerations in connection with Covid-19 also impacted the non-attendance of international election observers. However, it remains a seminal election because it was the first on the continent held as a result of a court overturning an election result.

We must question Mnangagwa’s true intentions for questioning foreign election observer teams deployed in his country.

Lessons from Malawi for Zimbabwe

Instead of subverting the lessons from the Malawi experience, Mnangagwa might rather learn and benefit from them, which may assist in the consolidation of democracy and good governance in Zimbabwe.

While there was the full participation of all political parties, doubts persisted relating to the timing of the re-run election, lack of international assistance and observers. A key lesson was Malawi’s adoption of a ‘home-grown ownership’ of the election process. While there were no international election observers present, embassies, the UN and international organisations with a pre-existing presence in the country were accredited as observers. There were also national election observers from about 20 different local stakeholders, including civil society groups, academia, ecclesiastical and human rights organisations. Most agreed that the re-run election process and results were legitimate. Malawi should be applauded for the manner, under very trying circumstances, in which it conducted a credible election.

Mnangagwa fails to appreciate the positive long-term effects of the ‘legal miracle’ that played out in the 2020 Malawi election, that was extraordinary because as stated it was the first on the continent held as a result of a court overturning an election result. Moreover, the incumbent was defeated and stepped down. The boldness of the Malawian judiciary in checking executive power and upholding critical election governance structures is laudable. It should catalyse regional pro-democracy activists to advocate for judicial independence, especially where the judiciary has been co-opted and corrupted, as in Zimbabwe. One should read between the lines when Mnangagwa focuses only on the absence of foreign observers rather than on the fact that the incumbent stepped down. The judiciary’s ability to hold the executive to account is one of the most crucial elements of establishing the rule of law.

A further lesson to be adopted from Malawi’s election relates to the finalisation of election reports typically produced by international election observer teams. A fundamental limitation was exposed in that most international observers compiled their reports based on the formal framework of the election, including the pre-and post-election periods. However, from the Malawi experience, the major contestation arose from the ballot counting process itself in the 2019 elections. By the time the results had been tallied, most observers had either left the country or completed their deployment and had submitted their election observation reports. This resulted in a situation whereby the international election observation reports unwittingly created the misconception that the election was held in a free, fair, transparent and credible manner and was in fact used as a justification by former President Mutharika to endorse his flawed election victory.

Mnangagwa’s utterances betray the fact that his regime would rather avoid electoral accountability altogether. Nonetheless, the fact that he commented at all suggests that we can assume that he harbours some residual concerns about the validity of future election outcomes in Zimbabwe.

Ironically, if indeed international election observers were stopped from observing, who will he blame for foreign interference and where will he find a plausible excuse for possible electoral fraud? Mnangagwa stated: “It’s a question which we are still interrogating.” For the sake of good governance and the consolidation of democracy, we can only hope in his statement he is referring to the “royal we” and does not include the other SADC regional leaders.

This article first appeared in Democracy In Africa here 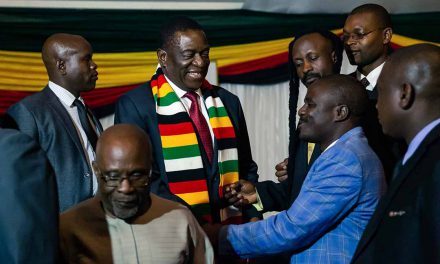