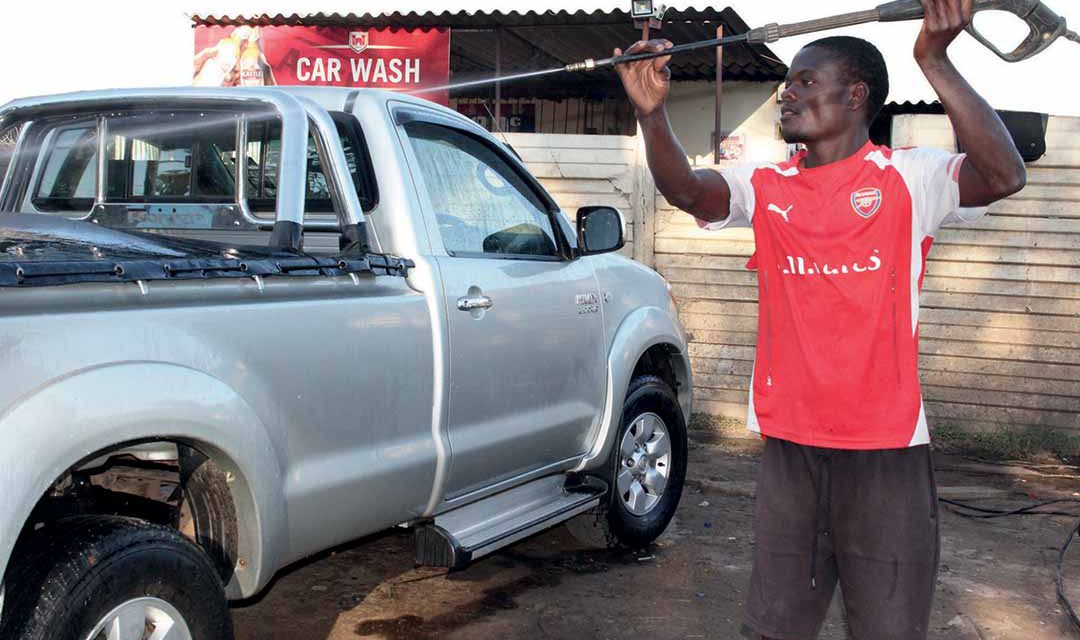 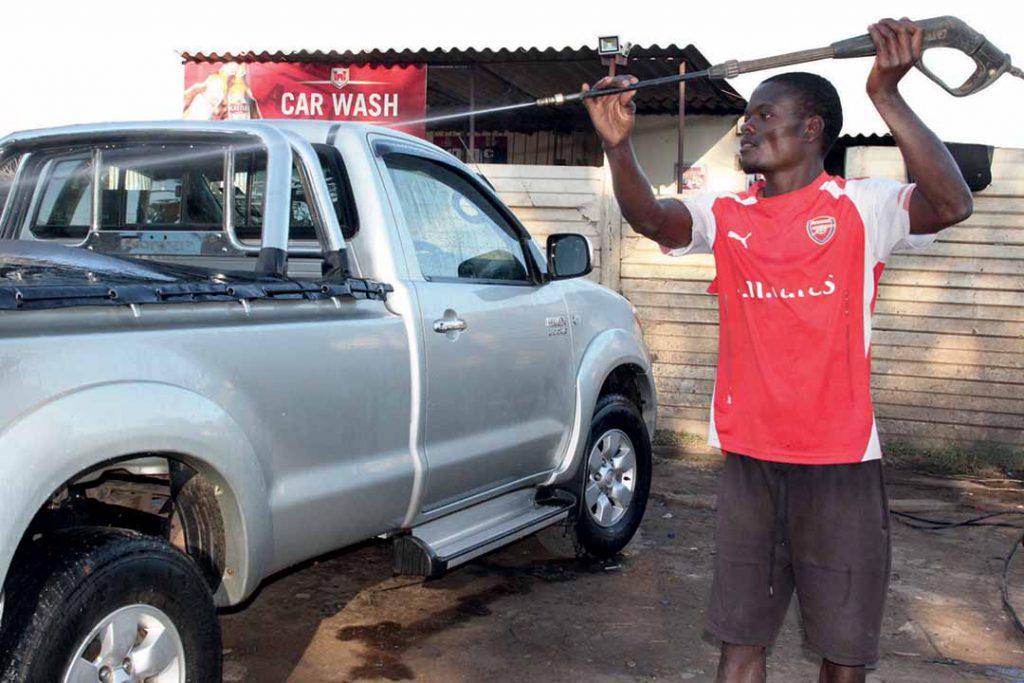 International experience indicates that informal economies decline as countries develop, but most African countries are likely to have large informal sectors for many years going forward. The informal economy plays a big role on the African continent, contributing significantly to employment. This presents both challenges and opportunities to regulators and business decision makers.

The International Labour Organization (ILO) defines an informal economy as “all economic activities by workers or economic units that are – in law or practice – not covered or sufficiently covered by formal arrangements”. Informal employment includes “jobs or work without employment-based social protection in informal enterprises, formal firms and/or households”, according to the same definition. It includes self-employed workers, wage workers and contracted or sub-contracted workers who work in the formal sector through informal arrangements.

An April 2017 study published by the IMF, using a multiple indicator-multiple cause model, estimates that there is significant variation in the size of informal economies in sub-Saharan Africa, ranging from a low of between 20% and 25% in Mauritius, South Africa and Namibia to a high of between 50% and 65% in Tanzania and Nigeria.

What does an informal economy look like? Well, think “spaza” shops, or informal retailers, street vendors and car guards. The informal sector is characterised by a lack of written employment contracts and the absence of basic benefits such as pensions and employer contributions for medical aid.

Additionally, it generally involves small-scale operations with low productivity that are usually run from home or street pavements. Those who work in this way are mostly unskilled or with little education, while the operations are unregistered.

Informal workers face many disadvantages. They often have no secure income, no social protection and often have to endure bad working conditions. Gender inequality is prevalent, since the majority working in these informal, low-paid jobs are women. Child labour and bonded labour are also known to occur in informal employment, according to a 2009 study by the ILO.

Earnings are generally low, while business costs and risks are disproportionately high. Informal workers tend to operate in a very uncertain environment. By their nature, informal economic activities go unrecorded, which makes them difficult to measure. 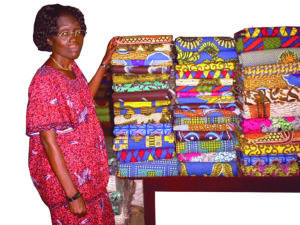 Although the informal sector presents an opportunity to generate an income for many people, it continues to overlap with poverty because of the lack of secure incomes, employment benefits and social protection.

In recent years, it is increasingly being argued that the informal sector needs to be better organised and its contribution to economic development recognised by governments, which would allow operators in the sector better access to financing and information.

Clearly, one of the major advantages of the informal sector is that it creates jobs – particularly in countries with large and growing working-age populations. It also has very low barriers to entry and exit, and it is quick to identify and provide for basic needs, delivering affordable and convenient goods and services to local communities.

The informal sector is an avenue for people with insufficient skills for the formal sector, and provides opportunities for marginalised and historically disadvantaged groups; in that sense it can be said to be an unofficial social security system. In particular, street trade offers women around the continent – who generally have lower levels of education than their male counterparts – opportunities to support their households. In many cases, women are the sole breadwinners, supporting a large number of dependants.

However, the informal sector often involves activities that operate at very low levels of productivity, and it can be said to perpetuate low economic productivity. Another disadvantage is that informal economic activities are often concealed from the authorities as operators seek to avoid complying with regulations or the payment of taxes. Where a country’s informal employment is particularly high, productivity may be less efficient, which can have implications for a country’s economic performance and global competitiveness.

But for Africa, this situation also represents a massive opportunity. As informal sector entities move into the formal sector, productivity gains are likely to materialise and the tax base is likely to expand. The gains in revenue mobilisation would finance public service and sustain the development process.

Calculations based on the 2009 World Bank Enterprise Surveys show that the productivity of informal firms is on average 25% less than that of small formal  firms and 19% of medium-sized formal firms. This inefficiency  could  be  the  result of lower levels of physical capital and lack of appropriately skilled workers. In sub-Saharan Africa, informal firms are significantly smaller than formal firms, often having less than five workers.

Based on a total worker count, this is only about 30% of the average size of small formal firms. Therefore the average firm size is much smaller in high-informality regions than in low-informality regions. So there is clearly scope for policy action to raise productivity, in that better integration would shift resources to the formal sector.

However, it is also clear that the transition from informal to formal should be gradual and not forced. Many firms might find it difficult to adapt, and for this reason, any regulation should limit the administrative burden for informal entities.

At the same time, the informal sector can only expand if the business environment allows informal enterprises to grow. One of the main obstacles the informal sector faces is the cost of financing, and access to financing. Providing these services could represent opportunities for government and the banking sector.

A large part of the informal economy operates mainly on cash transactions, and financing initiatives. Helping them to grow would also assist in improving transparency, and thereby also increase government revenues. In most cases, financial market efficiency is strongly associated with reductions in informality.

Access to finance could include: financial services that meet a business’s needs, affordability of financial services, financing through local equity markets, ease of access to loans, and venture capital investments.

Improving access to finance is critical if informal businesses’ access to the informal sector is to be improved. This could be achieved by focusing on developing technological innovation within the financial sector. Examples here include mobile banking and Fintech solutions, which help the informal sector to transfer money, make payments, advertise their services and structure contracts simply by using their mobile phones. Digital platforms also allow electronic payments, which are easy for the authorities to track.

At a basic level, the transition from informal to formal would be facilitated by policies that help to reduce the cost of becoming and staying formal. Some of the key areas of focus for policymakers could include: improving the protection of property rights, increasing electricity provision, lowering the burden of customs procedures while enhancing the ease of exporting, improving the ease with which businesses can be registered, and providing reliable infrastructure.

Seizing these opportunities would increase productivity in African economies, and thereby represent an important mechanism for unlocking sustainable inclusive growth.

Two cases of successful expansion of the formal economy can be seen in Mauritius and Rwanda. Both countries have reduced their informal economies by proactively creating business environments in which SMEs can flourish, removing identifiable barriers to formalisation and strengthening the capacity of such enterprises to become more competitive.

Policymakers in Africa need to recognise that the informal sector is an important component of their economies, and that it will remain so for many years to come.

The opportunity is therefore to create an environment where informal entities can thrive and grow. By introducing policies like those so successfully introduced in Mauritius and Rwanda, other African countries could fast-track the development and growth of many businesses and their integration into the formal economy. 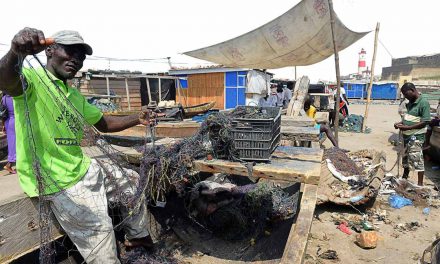 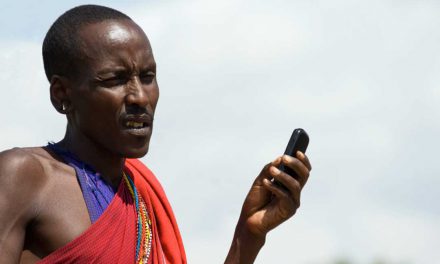