Africa’s huge infrastructure deficit is well documented. Much of the current discourse centres around the gaps in both hard and soft infrastructure, yet with connectivity across the continent growing exponentially, digital infrastructure has become a key area that requires the urgent attention of investors and policymakers alike.

The explosion of the internet economy in Africa has exposed a need for urgent investment in this sector, to keep pace with growing demand. To cope with the increase in internet traffic and dependency on data, Africa now requires an aggregate capacity of 1,000MW and 700 facilities, according to a report from the Africa Data Centres Association (ADCA) in Cote d’Ivoire.

As it stands, most of the data content consumed in Africa is hosted outside the continent, and the market is severely underserved. Put crudely, Africa currently does not have the capacity to store, process and control its data.

Finhai Munzara, CFO of Africa Data Centres observes that, “while Africa is 17% of the global population, the continent’s data centre market makes up only 1% of the global market. This tells us that a lot of the data created on the continent is not actually sitting on the continent. It’s stored on a server somewhere else on the globe”. Although the discrepancy is stark, it also represents an enormous business opportunity, according to Stephane Duproz, CEO of Africa Data Centres, who believes the equation is a simple one: “Digitisation boosts economies, and successful digitisation requires data centres.”

But what exactly is driving this growth? There are three main factors.

First, evolving consumption patterns. Africa is one of the fastest growing data usage regions in the world. This rising demand was accelerated by the pandemic, which forced individuals and organisations to adopt online strategies and approaches. Indeed, data traffic increased by between 20% and 100%, across the world’s largest markets, as noted by Kabir Chal and Funke Okubadejo of Actis in a November 2020 analysis, Africa’s digital revolution needs data centres. Moreover, the pandemic fostered greater proximity between citizens and the internet, as they became more reliant on it in their day-to-day activities.

Consequently, the need to reduce latency for better content streaming is driving the global shift toward data hosting closer to the end consumer. And these trends have been supercharged right across Africa. By 2024, mobile technologies and services in sub-Saharan Africa are expected to surpass $184 billion. By 2025, just as smartphone penetration should hit 65%, with 678 million connections, operators will be expected to invest $52 billion in network infrastructure. With mobile penetration, population dynamics and urbanisation all set to increase on the continent in the coming years, the case to invest in an expanding market of more than one billion consumers is clear.

Second, there have been major shifts in regulation which have necessitated the onshoring of data centres. Digitisation involves the creation and capture of enormous volumes of data from national defence, national registries, sovereign financial transactions, and sensitive government information. Naturally, data sovereignty has become a key priority for policymakers across the continent, who are earnestly repatriating government data and digital platforms from foreign servers abroad to domestic ones as a matter of national security. As Quentin Velluet and Arthur Beaubois-Jude argued in The Africa Report, “In the age of the cloud and all-encompassing digitalisation, the location of infrastructures that store and process millions of gigabytes of data is a strategic issue.”

The third factor – unsurprisingly – is money. The numbers present a compelling story. As an emerging data centre market, Africa saw around 15 data centre investments in 2020. Now, the Africa data centre market, by investment, is expected to grow at a compound annual growth rate of more than 12.73% during the period 2021−2027. In 2021, South Africa was the major contributor in terms of investment, followed by Kenya, Nigeria, Egypt, and Ethiopia. Recent projections by the Africa Data Centre expect market size by investment to reach a whopping $5.4 billion by 2027.

Local data centres will become increasingly valuable as the global digital economy grows, as evidenced by the sustained growth in interest in Africa from major global cloud service providers such as AWS, Microsoft, Google and Oracle. The rationale is clear; the shorter the distance between a data centre and the entities using it, the greater the performance and quality of the service. And with the trend of increased continental integration, as the African Continental Free Trade Agreement begins to take shape, regional penetration and market size are likely to feature in the calculus for investors. Given this desire to achieve economies of scale, it is hardly a surprise that momentum in Pan African data centres is increasing rapidly.

Firms such as Africa Data Centres believe that investment in the industry can act as a catalyst for continued direct foreign investment into the continent and the growth of local organisations, as well as job creation. And they are putting their money where their mouths are. Last year they announced plans to build large hyperscale data centres throughout Africa, including in the North African countries of Morocco, Tunisia and Egypt.  The project will involve building 10 hyperscale data centres, in 10 countries, over the next two years – at a cost of more than $500 million.

This is significant. Until recently, Africa lacked data centre providers with a presence in multiple countries. But with a wave of new private equity money aiming to play in this space, alongside increased mergers and acquisition activity, and multilateral and development financial institution (DFI) funding, the dynamics are changing. Investors believe the market is ripe for expansion, given the increasing access to broadband and the rapid uptake of services by banks, fintechs and SMEs, while global players are also entering the region in a big way.

Taken together, these trends point to a strong and compelling value proposition for investors. But Africa’s digital transformation is not short of challenges, nor is it inevitable. Data centres, by their very nature, require a stable and reliable power supply to function. Many parts of the continent experience regular and crippling power cuts and are reliant on diesel-generated power.

Successfully scaling Africa’s data centres will therefore go hand in hand with solving the continent’s energy conundrum. Next, there are the obvious limitations in hard infrastructure; in addition to more data centres, building strong ecosystems will require greater subsea cable capacity, and an expansion in fibre networks that are currently in short supply across the continent. As The Economist noted on 4 December last year, “the digital economy, for all its airy promise, will be grounded in fibre, steel and concrete”.

Finally, there are climate factors to consider. Data centres typically work best in cooler conditions, while much of Africa tends to be hot and humid and vulnerable to extreme weather patterns. Not only will this require more money to maintain due to expensive cooling technologies, but there are also potentially negative externalities on the environment in a context where sustainability and carbon-neutral solutions (from leveraging renewable energy to learning ways to cool data centres and recycle their waste heat) are a core part of the business case. Scaleable growth in the industry will require finding innovative ways to keep its environmental impact in check.

Africa’s hunger for data places it on the cusp of an exciting transition. Done correctly, investment in the sector could lay the ground for a sustained economic transformation that leverages these comparative advantages to drive job creation, attract investment and create a virtuous circle of economic growth. Accessible and affordable data can foster innovative solutions to real-world problems, using technology to leapfrog, as well as to facilitate integration into the broader global data economy.

But doing so will require greater coordination between the public and private sectors, smarter policies and regulations, and arguably most importantly, a mindset shift in leadership from analogue to digital. 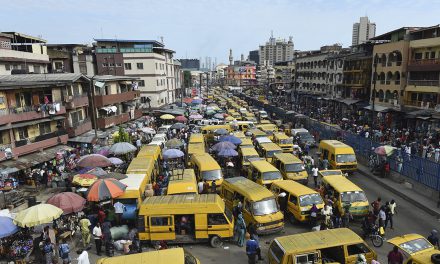 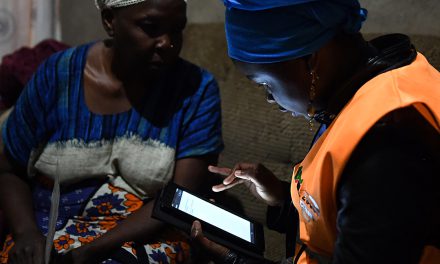 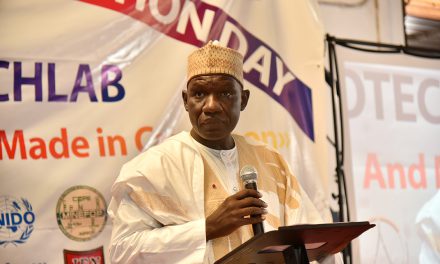 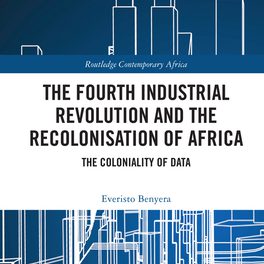 Book review: The Fourth Industrial Revolution and the Recolonisation of Africa