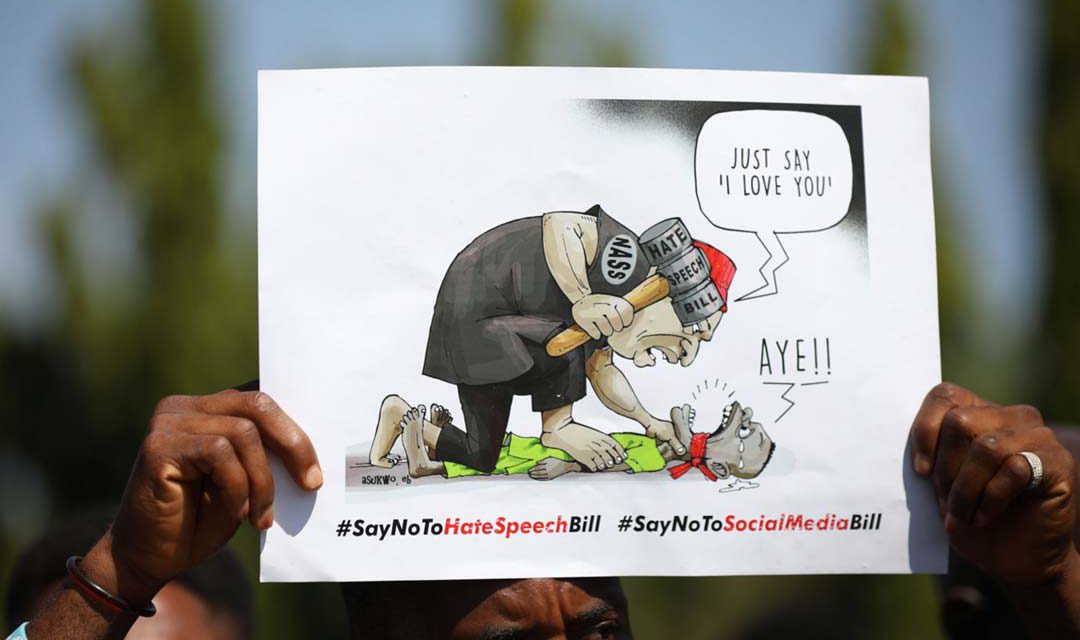 African governments are using anti-state, false news and cybercrime laws in their attempts to silence journalists 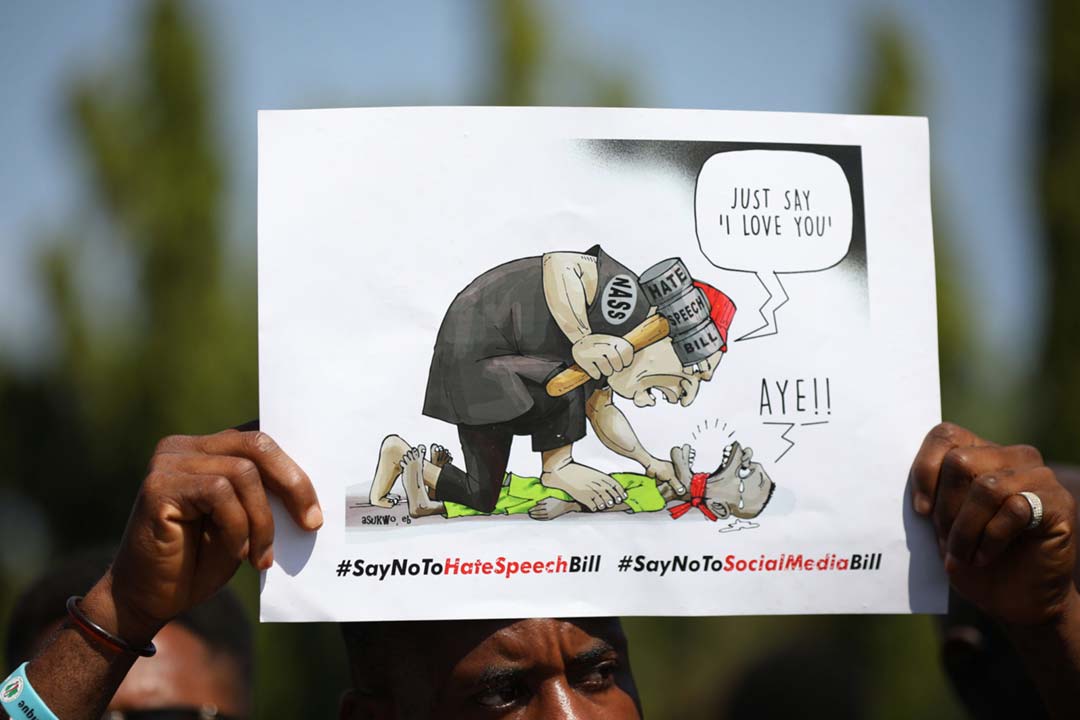 Cameroon news anchor Samuel Wazizi, one of 39 journalists jailed in sub-Saharan Africa, according to the Committee to Protect Journalists (CPJ) latest prison census, has not been seen or heard of since the police detained him and handed him over to the country’s military in August last year. While the census is only a snapshot of those behind bars for their work on a single day – December 1 of each year – it is a tragically representative window into the tools used throughout the year by governments across the region, and globally, to arrest and prosecute journalists. From accusations of false news in Cameroon and Nigeria, terrorism in Rwanda, and colonial-era laws still used in Tanzania, to newly drafted legislation designed to muzzle media online, repressive governments are spoilt for choice. As a result, citizens are denied the right to diverse and credible information or to make informed decisions based on facts, rather than government propaganda or disinformation.

As Nigeria’s cybercrimes act shows, it doesn’t take long for governments to twist legislation ostensibly designed to ensure public safety to silence critics. Within a year of becoming law in 2015, Nigerian authorities arrested and charged several bloggers with cyberstalking for their journalism. Several years later, journalist Jones Abiri from Nigeria’s Bayelsa state is similarly on trial for cybercrime, as well as sabotage and treason. Abiri was first arrested in July 2016 and detained in secret without trial for more than two years with no access to his family or lawyers. His wife and sons feared he had been killed. It was only after local and international pressure that President Muhammadu Buhari’s intelligence service presented Abiri in court in July 2018. Two months later, a magistrate’s court in Abuja dismissed the case against him over a jurisdictional issue. A federal court separately ruled that the journalist’s rights had been violated and awarded damages. Abiri returned home to the city of Yenagoa to try to rebuild his life and resuscitate his newspaper, the Weekly Source.

The government, meanwhile, has yet to pay the court-ordered sum. Instead, it rearrested Abiri after six months and the journalist is back in federal court. Also charged with cybercrime and terrorism in Nigeria is Agba Jalingo, whose trial in the city of Calabar has been shrouded in secrecy since the judge ruled to limit the public’s access to the court room and granted anonymity to individuals expected to testify against him. It seems like harsh treatment for a journalist in jail simply for reporting on allegations of government corruption. Tanzania has similarly adopted a tough cybercrime law that is being used to try to silence journalists, opposition politicians and activists critical of the government of President John Magufuli. Among them is Maxence Melo, CPJ’s 2019 International Press Freedom Award honoree. Melo was detained and charged in 2016 under the country’s cybercrimes act and the 2010 electronic and postal communications act, two laws that he unsuccessfully challenged after his arrest.

He was charged, among other things, with managing a domain not registered in Tanzania and for refusing to disclose the identities of the users on his online forum and the breaking news website Jamii Forums. The cases have dragged on for three years with Melo appearing in court more than 137 times. Tanzania’s cybercrime act includes sections on criminalising false news. Over the past year, journalists Sebastian Atillo and Erick Kabendera have been held on charges that include accusations of propagating false news. Kabendera’s charges have since been changed to economic crimes in retaliation for his critical journalism. Amid heightened rhetoric about false news, particularly by United States president Donald Trump, CPJ has documented an uptick in the number of journalists charged with false news, from nine in 2016 to 30 by 1 December, 2019. The majority of cases are in Africa, brought by “strongmen” who include Egypt’s Abdel Fattah el-Sisi, Cameroon’s Paul Biya and Rwanda’s Paul Kagame.

Egypt tops the list with 21 journalists in jail for false news, followed by Cameroon with four, Rwanda with three and Nigeria with one. The only other country outside Africa with a journalist in jail for alleged false news is in Iran, according to CPJ’s census. Mimi Mefo, an award-winning journalist and former head of English news for the privately owned Equinoxe broadcaster, is arguably Cameroon’s most-high profile journalist to be detained on allegations of false news and cybercrime. Mefo’s November 2018 arrest and three nights in detention caused an international outcry and she was eventually released. The charges were dropped two days later on the orders of President Biya. However, that same year, four other Cameroonian journalists were sentenced to jail on anti-state charges and false news after reporting on Cameroon’s English-speaking minority’s push for greater autonomy.

One of them, Elvis McCarthy, was eventually released in December 2018, but the others – Mancho Bibixy, Tsi Conrad and Thomas Awah Junior – remain behind bars in the overcrowded Kondengui prison in Yaounde. This trend of criminalising and discrediting journalism has had consequences beyond the clear abuse of the rights of individual journalists. An Afrobarometer survey released last year found that for the first time across Africa, popular support for media freedom has dropped to under 50%. Tragically, this may help to explain the lack of outrage and solidarity from citizens in countries where governments continue to jail journalists and violate the right to media freedom. The spectre of journalists finding themselves charged with criminal defamation continues to haunt the region, despite at least five countries striking the law from their penal codes following the African Commission on Human and Peoples’ Rights 2010 resolution calling on member states to repeal criminal libel.

Courts in Kenya, Zimbabwe, Lesotho and Gambia have all ruled criminal defamation to be unconstitutional. And in Liberia, where the editor of Front Page Africa, Rodney Sieh, was sentenced to 5,000 years for criminal defamation in 2013 before he was later released amid international outcry, the government of George Weah finally repealed the law in 2019. Despite these successes, defamation remains a crime in several sub-Saharan countries. Journalists in Cameroon, Nigeria and Chad have all been jailed under laws inherited from colonial governments. While fewer journalists appear to have been arrested for defamation, the same cannot be said about anti-state charges like terrorism, treason, insurrection and sedition. Among those behind bars for allegedly trying to undermine state security are four Burundian journalists from the independent newspaper Iwacu, who were sentenced on 30 January this year to two-and-a-half years in prison and fined $530 each.

They were arrested in October last year, along with their driver, while on assignment in Burundi’s western Bubanza province. The group, who were travelling to cover unrest in the area, includes the only female journalists jailed in sub-Saharan Africa at the time of CPJ’s census: Agnés Ndirubusa and Christine Kamikazi. Similarly, Eritrea and Cameroon, the two worst jailers of journalists in the sub-region, continue to use anti-state charges to target independent press, with no regard for the rule of law or due process. Following a major crackdown on the private press on 18 September, 2001, Eritrean authorities rounded up several journalists and detained them in secret locations, with no access to their families or lawyers. No charges have been publicly disclosed in more than 18 years, during which time at least 16 journalists have remained in detention without trial.

Eritrean officials have offered vague and inconsistent explanations for the arrests, accusing the journalists of involvement in anti-state conspiracies or violating press regulations. For these reasons and more, CPJ has labeled Eritrea as the most censored country. Such lack of empathy, and disdain for the rule of law, has also been displayed in Cameroon’s refusal to disclose the charges against, whereabouts or health of Samuel Wazizi for more than five months. Little wonder that Wazizi’s family and colleagues fear that he has been killed in custody. After all, murder is the ultimate form of censorship. 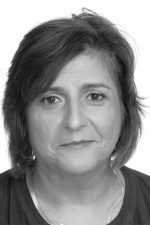 Angela Quintal is head of the Africa programme at the Committee to Protect Journalists, based in New York. She worked for more than two decades as a journalist in South Africa, including as editor of the Mail and Guardian, The Witness and The Mercury newspapers. She holds a Bachelor of Journalism and a Bachelor of Laws from Rhodes University.