Stock in the past 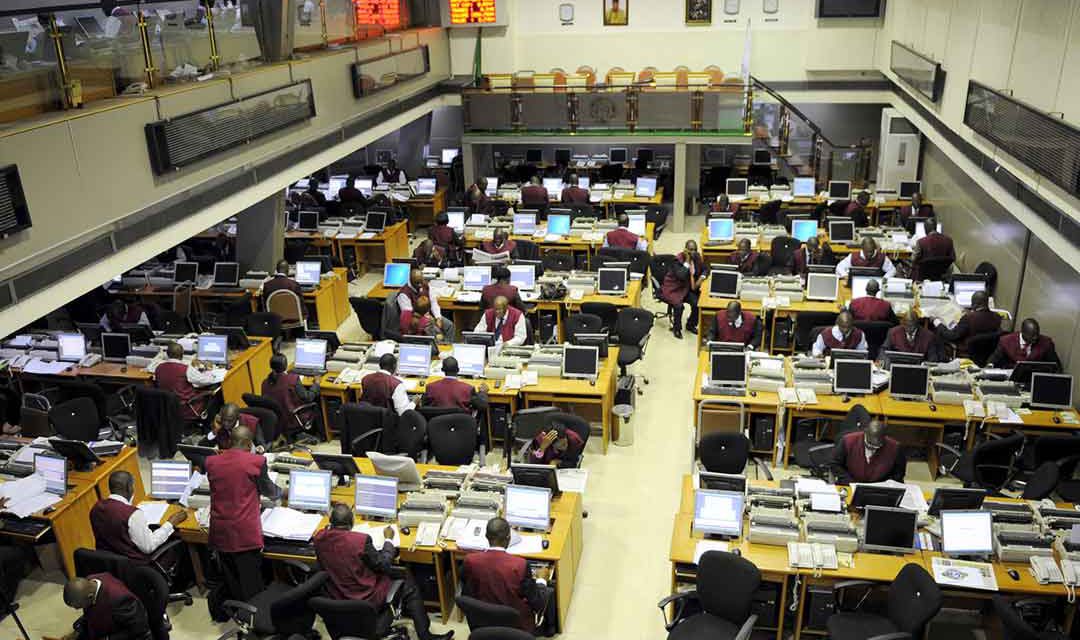 New rules for the NSE © eNCA

The Nigerian Stock Exchange won plaudits last November for launching a new set of rules designed to curb corporate misdeeds and reform a market weakened by years of corruption and poor oversight. Nigeria’s former finance minister, Ngozi Okonjo-Iweala, Africa’s richest man, Aliko Dangote, and other industry players endorsed the move. Dealing with poor corporate practices, especially in the public sector and listed companies, would boost foreign direct investment and enhance local participation in the capital market, said Mr Dangote, a former president of the exchange. The Nigerian Stock Exchange’s current head, Oscar Onyema, said he “anticipated that there would be an improvement in the overall perception of capital markets and business practices” with the introduction of the new Corporate Governance Rating System (CGRS). The new rulebook will have its work cut out to reverse Nigeria’s underperforming stock market. In January, the ratio of market capitalisation of listed stocks to GDP was only at 16% compared to 112% in Brazil, 247% in Malaysia and 207% in South Africa, according to Arunma Oteh, the former head of Nigeria’s Securities and Exchange Commission (SEC), the market regulator.

This ratio has become popular since investor Warren Buffet declared it the “best single measure” of a market’s worth. It shows that the Nigerian bourse is significantly undervalued. Meanwhile, analysts have reacted with mixed feelings to the new corporate governance rules. On the one hand, they welcome the move to clean up Nigeria’s murky financial world. On the other, the country has a history of failed corporate governance codes. They worry that the latest code will not be any different. “This is not really new, there has always been corporate governance [legislation] in Nigeria,” said Tope Fasua, a financial markets expert at Global Analytics Consulting, a financial advisory firm based in Abuja. He welcomed the new rules, but said they looked like a “drop in the ocean” considering the scale of the rot. Emmanuel Adegbite, an associate professor at Durham University Business School in the UK, also commended the policy. But he recalled that past attempts to reform company behaviour have yielded little.

For instance, in 2003, the SEC and the Bankers’ Committee (which includes the Central Bank of Nigeria and licensed banks) issued separate voluntary codes for banks and other financial institutions. The two codes were meant to strengthen the corporate governance practices stipulated by Nigeria’s 1999 Companies and Allied Matters Act. The central bank also issued mandatory corporate governance rules for Nigerian banks in 2006, followed by the insurance and pension regulators. The main problem is corruption. Transparency International’s 2014 Corruption Perceptions Index ranked the country 136 out of 176. The Nigerian private sector is one of the largest recipients of the country’s stolen public funds, Mr Adegbite said. Board directorships are often based on political calculations, he said. “Corporate Nigeria is a reflection of the broader political climate of the country,” he added. “There is government corruption, there is societal corruption, so we find corporations operating within the cultural context that permits irresponsibility and irresponsible behaviour.”

In 2014, Nigeria slid seven points on the World Economic Forum’s Global Competitiveness Ranking to 127 out of 144 countries. On ethics and corruption, the country ranked 140. Insider abuse became dramatically apparent between 2008 and 2009, when the country’s capital market experienced its worst crash since the country’s independence in 1960. Between February 2008 and December 2009, the Nigerian stock market’s capitalisation nose-dived from an all-time high of $52.2 billion to about $22.6 billion, according to central bank figures. While the crash was partly a result of the 2008 global economic crisis, the commercial banks manipulated the market and heightened the financial downturn, according to the central bank. At the time, the commercial banks controlled 60% of the Nigerian bourse’s stocks, according to the central bank and Nigeria’s SEC. After the 2008-09 crash, the central bank rescued eight banks by providing them with 620 billion nairas ($3.1 billion). The CBN sacked several bank chiefs for accumulating non-performing loans and other shoddy practices and laid criminal charges against them.

Most of the cases are still in court and only one bank executive has been jailed. In 2012, a parliamentary investigation into the market crash ended without a significant result. Ms Oteh, then head of the SEC, accused the lawmakers who were carrying out the probe of soliciting and taking bribes. Herein lies the problem, according to Mr Adegbite: Nigeria has the requisite laws, but has failed to enforce them. “The regulatory authority is very weak in the sense of economic power, which is in the hands of these corporations,” he said. “To put it straight, corporations can easily pay bribes at no cost to themselves. So this also reduces the ability to enforce regulation.” Legal enforcement is also weak because regulators fail to engage and inform smaller shareholders who could help to hold defaulting firms to account, said Sunny Nwosu, who heads the Independent Shareholders Association of Nigeria. “They only carry big shareholders and the companies along. It is something we always complain about,” he told Africa in Fact. Not much has changed since then, he said.

The latest corporate rules will evaluate listed companies on the quality of their corporate compliance and integrity, as well as directors’ understanding of their fiduciary responsibilities. Well-governed companies will be included in a trade-able Corporate Governance Index and/or listed on a Premium Board. This will provide enhanced visibility to companies with good corporate governance. The new corporate rating system includes a score for corporate compliance self-assessments (50%), a fiduciary awareness test for directors (10%), corporate integrity assessments based on feedback from randomly sampled staff, suppliers, investors and analysts, among others (20%), and representatives from management, the media, NGOs and government (20%). To be listed on the Nigerian bourse’s Premium Board, companies must have a market capitalisation of $1 billion or more and meet liquidity criteria, said Soji Apampa, executive director of the Convention on Business Integrity, a Lagos-based NGO, which sponsors the new code with the NSE.

More broadly, the Nigerian government’s financial reporting council is also developing a national corporate governance code that will merge all existing ones. The national code will have three sections for the public, private and non-profit sectors. The stock exchange’s new ratings system will be subordinate to this new national code. But Mr Adegbite says implementation and enforcement are critical and welcomes the pledge by Nigeria’s new president, Muhammadu Buhari, to confront corruption headlong. “With the new government, I’m a bit optimistic that we could see some heavier implementation of existing codes and punishment for companies that don’t abide by these rules,” he said. “We will continue to have corruption if people are not made to face the consequences.” 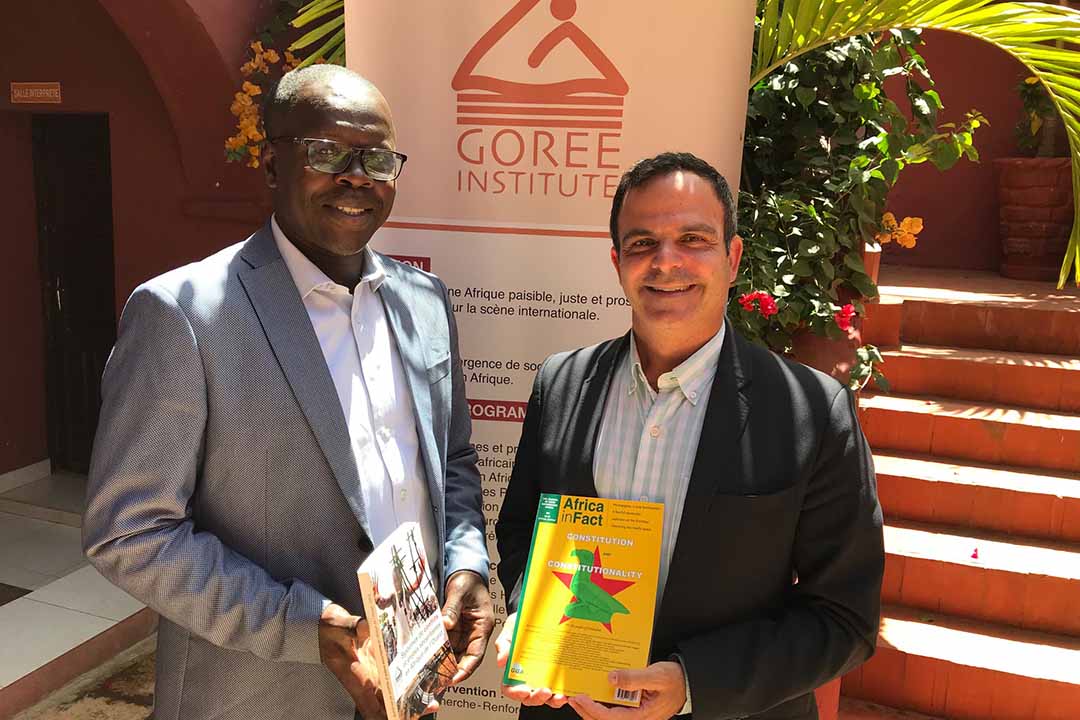