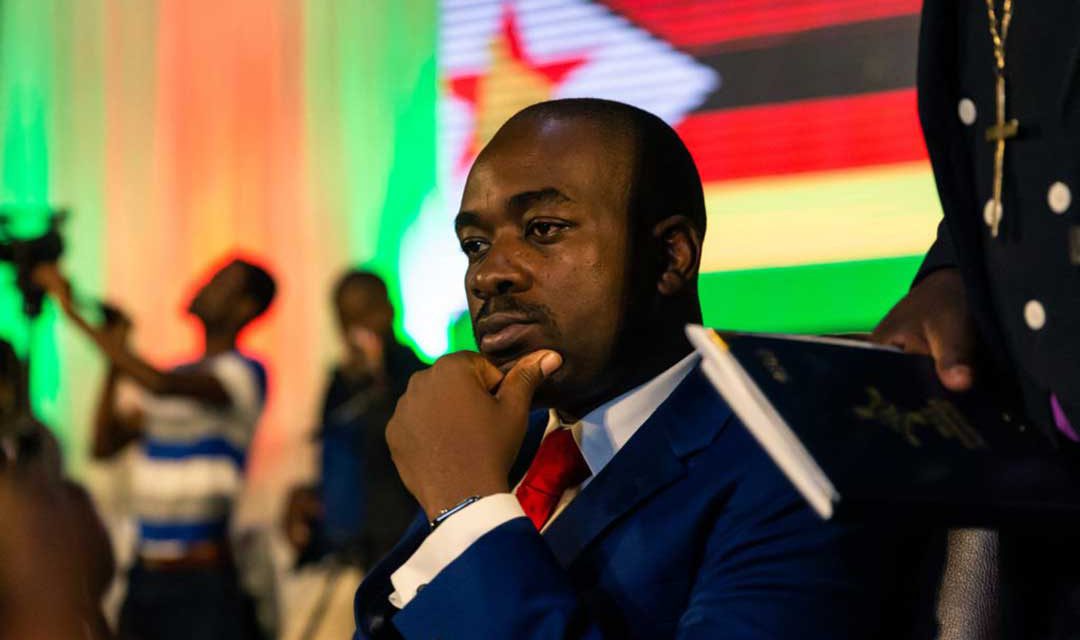 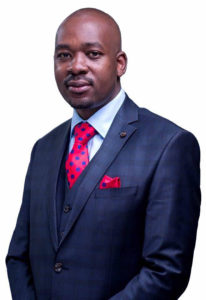 During Zimbabwe’s last general election in 2013 the 89-year-old candidate Robert Mugabe of Zanu-PF cruised to victory after securing 61.09% of the vote, while his main rival, 60-year-old Morgan Tsvangirai of the MDC-T secured 33.94% of the ballot. The country is scheduled to go to the polls again on July 30 this year, but many things have changed since 2013.

For starters, Mugabe, who had ruled Zimbabwe with an iron fist since independence in 1980, was deposed in a military operation largely seen as a coup last November. He will not contest the election. Meanwhile Tsvangirai, his fierce rival, succumbed to colon cancer in a South African hospital in February this year.

Although there are many contenders in the presidential race, most analysts believe the real race is between President Emmerson Mnangagwa (76) of Zanu-PF and his youthful challenger, Nelson Chamisa (40) of the MDC-T. Mnangagwa, who is completing Mugabe’s term, rose to power on the back of the military intervention, and is desperate to earn electoral legitimacy.

One factor will surely play a role in the coming election. In previous elections young people did not play a significant role in polls, but young people have registered in large numbers for this year’s coming election and, given their numbers, they will have the biggest say on who comes to power.

The Zimbabwe Electoral Commission (ZEC) conducted a registration blitz between August 2017 and February this year, with people between 18 and 40 years constituting no less than 60% of the 5.3 million registered voters. “This means that this is going to be an election for young people,” ZEC chairperson Justice Priscilla Chigumba told parliament in February.

The figures are in stark contrast to previous elections, where voter participation among young people was minimal. A report on an audit of the June 2013 voters’ roll conducted by a local think tank, Research and Advocacy Unit (RAU), shows that almost two million eligible youth under the age of 30 did not register to vote in that election.

The large turnout during registration for this year’s general election is not a coincidence. Student bodies and youth organisations have been mobilising young people to register and vote, arguing they need to seize the opportunity to determine the country’s destiny.

The election comes at a time when most Zimbabweans are struggling to find employment. Recent years have seen poor government policies causing large-scale company closures, exacerbating a harsh economic climate already battered by the effects of land seizures during the late 1990s and early 2000s. Many young people have been forced to skip the country’s borders for greener pastures. Those that haven’t left, including those with degrees, have resorted to vending in the informal economy or other menial jobs.

To illustrate the point, according to a survey by the Vendors’ Initiative for Social and Economic Transformation (Viset) conducted between February and April 2016, at least 2,187 graduates living in the country’s two largest cities, Harare and Bulawayo, survived on vending. This dire situation goes a long way to explaining the new interest in voting among young people. Student bodies have already begun drumming up support for the main contenders at institutions of higher learning.

“This election is very important for us, because it is about our future,” Ashlegy Pfunye, secretary general of the Zimbabwe National Students Union (Zinasu), told Africa in Fact. “We are the game changers in this election and our voice cannot be ignored. That is why we are encouraging youths and students to not only register but to make sure that they vote.”

Members of the student body were travelling to universities around the country to urge students to register, he said. On social media, the organisation was campaigning with the hashtag #studentsdecide2018. To help students register, Zinasu provided them with transport to registration centres. A “ballot buddies programme” had also been introduced to support these activities with the message that young people need to “find common ground” by registering to vote – and voting.

Young people were mobilising to vote for change through a “generational consensus movement”, Pfunye said. With the retirement age in Zimbabwe now 65, he questioned why young people should vote for a 76-year-old candidate. Both Mnangagwa and Mugabe had been in government since 1980 and the country’s economic doldrums were directly due to the failures of the Zanu-PF government, he added. “We are voting for change, and that means we are voting for Chamisa, whom we believe represents the future.”

Meanwhile, the second-largest students’ body, the Zimbabwe Congress of Students’ Union (Zicosu), is campaigning for Mnangagwa under the #StudentsvoteED2018 hashtag. Members of the union say that the “generational consensus” is “divisive” and that young people should not consider the age of candidates when voting.

“As young people we need to preach intergenerational consensus and unity, rather than preaching division and antagonism among generations,” Zicosu tweeted on April 6 this year. “[B]eing youthful is not the ticket to the presidency; sound policies are what we should vote for, as young people.” 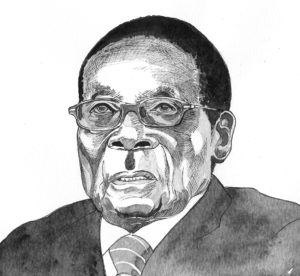 Zicosu executive member Godknows Mdari said his organisation was also mobilising young people and assisting them to register. “Our message is simple,” Mdari told Africa in Fact. “We are emphasising the fact that the future is in our hands. We need to be responsible, and vote for an experienced leader who has the capacity to improve the economy so that we get jobs.”

The student organisation was “encouraged” by the direction that Mnangagwa had taken since he became president. He was “engaging the international community” and bringing the country “out of isolation”. “He has declared that Zimbabwe is open for business and this is the sort of leader we want,” said Mdari. “We don’t believe in voting for someone just because they are young.”

As the younger candidate, Chamisa might benefit from the likely participation of younger people in the general election, but his age was “not a guarantee”, said University of Zimbabwe political science lecturer Eldred Masunungure. Youth organisations would need to motivate young people not merely to attend election rallies, but to cast their ballots on election day.

Location was another important factor that might determine the decisions of younger voters, he added. Younger voters in rural areas, in the Mashonaland and Midlands provinces, for instance, were more likely to vote for Zanu-PF, while those in urban areas would likely vote for the MDC alliance. “Urban voters are less motivated to vote compared to those in the rural areas, where people are more vulnerable to manipulation and intimidation,” he told Africa in Fact.

The political parties, meanwhile, should be wary of concentrating their election campaigns only on young people, as this would effectively ignore the remaining 40% of the electorate, Masunungure added. Politicians have realised that the youth will have a huge say in the elections, and they have focused some of their election campaigns on social media. All the major contenders in the presidential elections, including Mnangagwa and Chamisa, have been using social media to promise jobs, among other things, for young voters.

The political parties have also played their role in ensuring youths register. MDC-T secretary general Lovemore Chinoputsa told Africa in Fact that the party was campaigning to mobilise young people under a bereka mwana tiende (“carry your child and let’s go”) campaign, which encouraged parents to make sure their children were registered to vote.

Zanu PF spokesperson Simon Khaya Moyo said his party was confident that most Zimbabweans, young people included, would vote for Zanu PF. “We are a tried and tested revolutionary party, which represents the interests of all Zimbabweans. We have a vibrant youth league and we are confident that all Zimbabweans, regardless of age, are happy with President Mnangagwa’s leadership,” he told Africa in Fact. 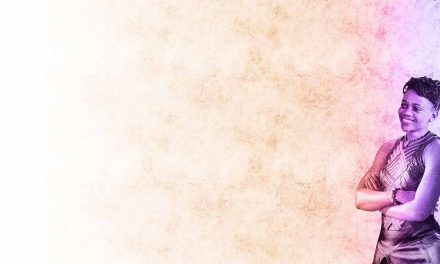 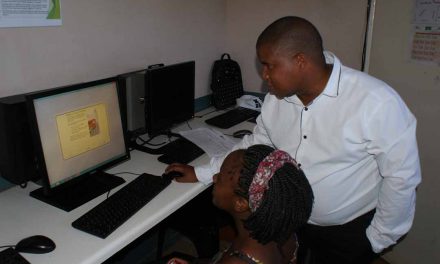 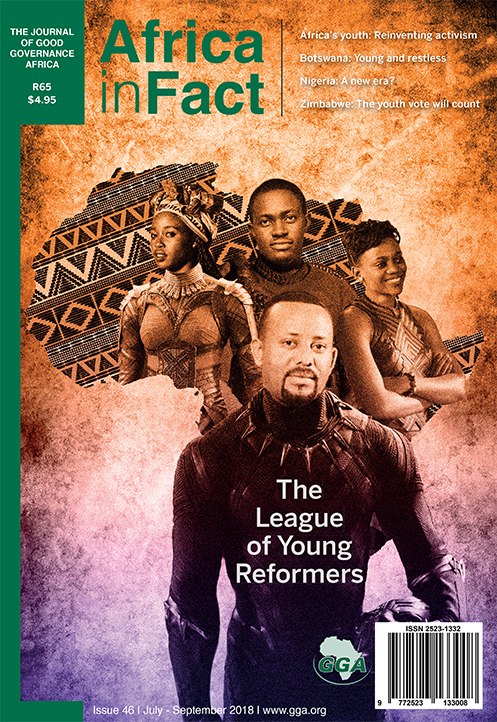