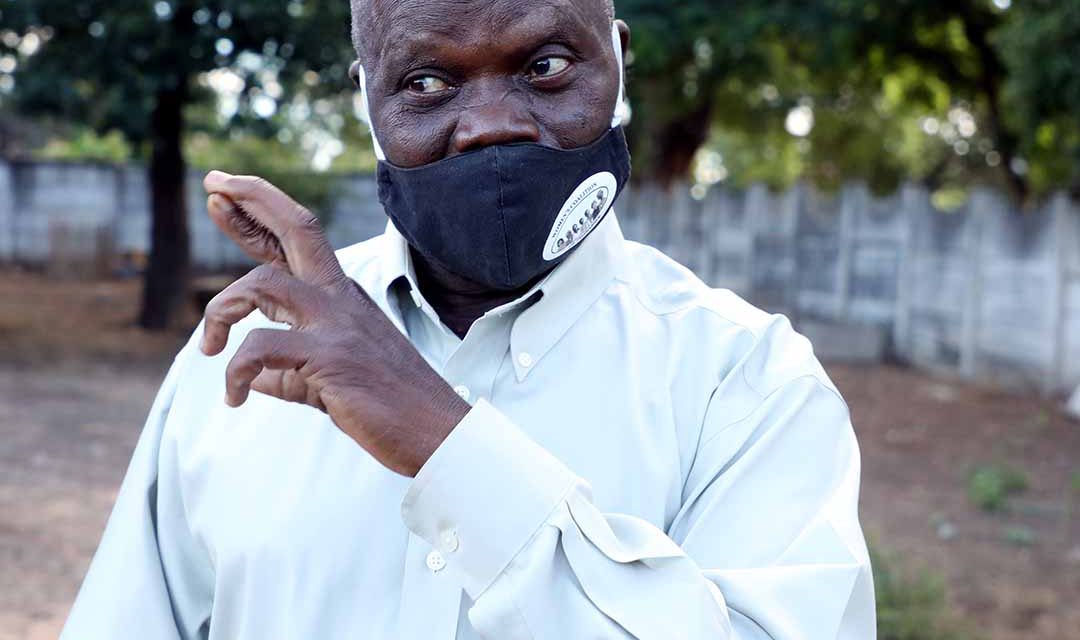 Like many Zimbabweans today, the late Joshua Nkomo, Zimbabwe’s revolutionary giant, commonly referred to as “Father Zimbabwe” because of the leading role he played during the country’s protracted liberation struggle, was disappointed by life in independent Zimbabwe.

“The hardest lesson of my life has come to me late. It is that a nation can win freedom without its people becoming free,” Nkomo said in his autobiography, Nkomo: The Story of My Life.

Nkomo, who died in 1999, founded the National Democratic Party (NDP) in 1960 to spearhead Zimbabwe’s liberation struggle, before forming and leading the Zimbabwe African People’s Union (Zapu) in 1962 after the NDP was banned. The Rhodesian government imprisoned him from 1964 to 1974 for championing the cause for independence.

Although the two political formations had different political leadership and command structures, they had similar goals, among them to dismantle a racist and brutal system by ensuring an independent and inclusive Zimbabwe with equal opportunities and access to resources, including land.

When Zimbabwe attained independence in 1980, many hoped majority rule would result in greater freedoms, prosperity and the end of tyranny, but this proved to be elusive.

Although Mugabe formed a coalition government with Zapu after winning the 1980 elections and appointed Nkomo Home Affairs minister, in 1982 he accused the Zapu leader of plotting a coup.

Mugabe arrested senior Zapu/Zipra officials, which resulted in Nkomo going into exile in the United Kingdom in 1983. The president also unleashed the infamous North-Korean trained Fifth Brigade, which killed an estimated 20 000 people in Matabeleland and Midlands regions in what is known as the Gukurahundi massacres. The massacres ended after talks between the two parties culminated in the December 1987 Unity Accord, which merged the two parties under Zanu-PF.

The Unity Accord, however, has not led to Zimbabweans enjoying the fruits of the liberation struggle, as state-sponsored brutality, corruption, patronage and mis-governance have taken root. Zimbabwe ranked 157 out of 180 countries on the Transparency International 2020 Corruption Perception Index.

Most of the war veterans that Africa in Fact interviewed for this article said, however, that while they were disappointed by this, they did not regret going to war.

Their views are shared by former cabinet minister Rugare Gumbo, the only surviving member of Zanu’s Dare ReChimurenga. The Dare was a war council led by Zanu chairman Herbert Chitepo to spearhead the liberation war.

In an article published on 25 January this year, following the death of Mukudzei Mudzi, a member of the Dare ReChimurenga, Gumbo said the ideals of the liberation struggle were lost during former president Robert Mugabe’s rule.

“The Mugabe regime conflated the party and the state to serve the individual interests of an elite group driven by personal greed and political careerism. The character of today’s Zanu-PF is a far cry from the ideals and true leadership of the Chitepo Dare, high command, staff, and rank-and-file that are Chitepo’s legacy,” wrote Gumbo.

It was a damning assessment from arguably the most senior Zanu-linked nationalist alive today. But the disappointment is shared widely, particularly by Zapu/Zipra cadres, who, despite the Unity Accord, were largely sidelined after independence. 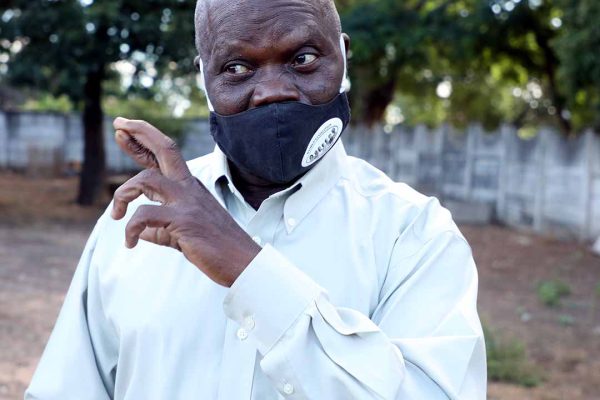 Baster Magwizi, a former Zipra cadre who is also spokesperson of the Zipra Veterans Trust

Baster Magwizi, spokesperson for the Zipra Veterans Trust and a former Zipra cadre, grew up in Harare and was politically conscious from a tender age, thanks to his father who was a Zapu activist in the 1960s. His resolve to fight political injustice strengthened when his family fled their Harare home in 1964 to settle in rural Kadoma because the Rhodesian security forces wanted to arrest his father. In 1972, a group of liberation fighters passed through their area, but Rhodesian forces captured and killed two of them.

“I was very hurt, (but) of course there was nothing I could do at the time,” Magwizi recalls. “But in 1973, I asked my father to go to Harare to study when in fact I had decided to join the war.”

Magwizi says he was one of the individuals who welcomed Nkomo when he was released from prison in 1974, adding that his motivation was not to fight white Rhodesians but to fight the oppressive system, “which sadly persists today”.

“We were plunged into civil unrest, chaos in Zimbabwe in the early 1980s, and since then we have never had peace. We are independent but not free; this is not what we fought for. The guys ruling now have designed a clique or a hold on power that allows only themselves to be in charge.”

Magwizi is disappointed that Zimbabwe’s political leadership has closed the doors for dialogue in their quest to retain power. Zimbabwe, he says, is now a one-party state that thrives on violence, the absence of the rule of law, patronage and corruption. The dream of a better life has not been achieved, as evidenced by widespread poverty.

Nevertheless, Magwizi remains proud of his participation in the struggle, taking comfort in the knowledge that he fought for a just cause, even though his dream was unrealised. “My participation in the armed struggle was not in vain. It brought about independence even if we may not be free.”

Magwizi’s views differ from Thembinkosi Twala, another former Zipra fighter  who is convinced that life was better under the Rhodesian system. “Surely, if the masses were to be assured of their security, they will tell you their lives were better in Rhodesia than in Zimbabwe. We thought we were going to improve or better our people’s lives, but we have made them worse,” Twala says. “My contribution to the struggle was in vain; we surely cannot pride ourselves when people are suffering.” 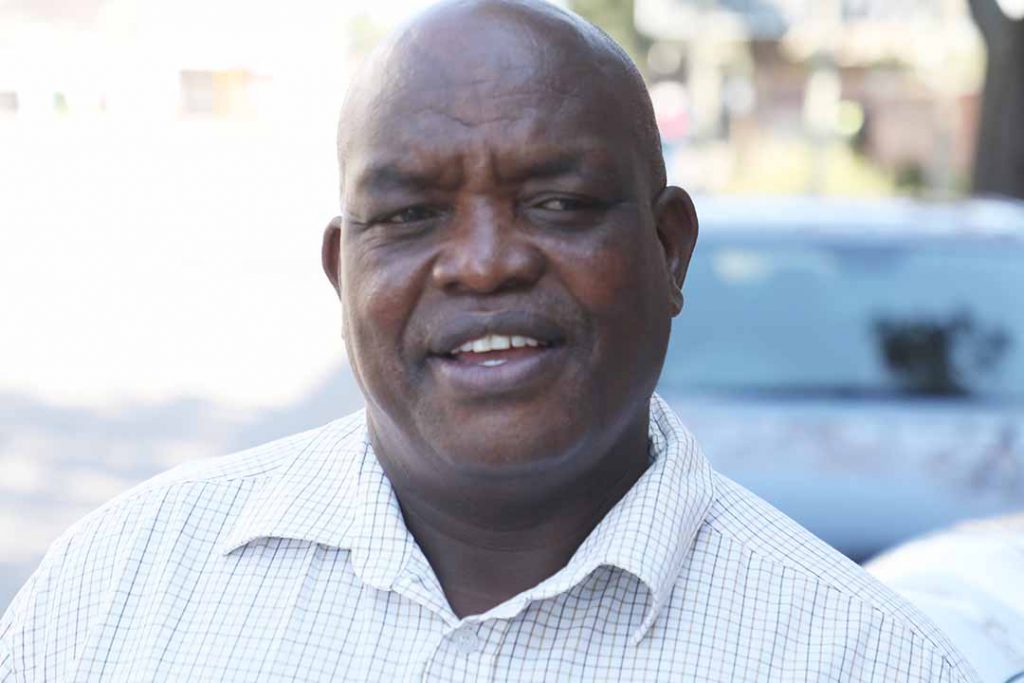 Ben Ncube, who is the chairman of the Zipra Veterans Trust, joined the liberation struggle at 21 in 1974, inspired by family members who were active in the struggle. “I felt duty bound to join them; I was not recruited or forced by anyone to join the armed struggle.”

He and other fighters, the veteran says, were prepared to die for the country because they believed in the cause they were fighting for. “Any death of fellow comrades only fuelled our drive to push further.”

However, Ncube is unhappy with the course Zimbabwe has taken. “If you dig deeper, one realises that outside political independence, there is nothing but anger and suffering among former freedom fighters. Even that political freedom has been taken away by the elites. Some people who never participated in the armed struggle are swimming in luxury [due to] our sacrifices.

“Infrastructure that was left by our former white rulers was destroyed beyond repair; you can talk of industries, all of it has been destroyed. Corruption of unmatched proportions also consumed our new rulers post-independence, destroying all that we inherited.

“Poverty is worse than we witnessed during the colonial era, and that hurts any freedom fighter who did not for one single day in the bush think they would live to witness this. This is not what we fought for.”

He too does not regret participating in the struggle, however. “I have no regrets at all,” Ncube says. “The armed struggle was necessary but those in leadership messed up the country.”

Tawanda Tazaranyika Chipato is a self-professed Zanu-PF supporter who joined the liberation struggle in 1977 to fight colonial injustice. He says he was moved to join the liberation struggle after he was traumatised by pictures of fighters who had been killed by Rhodesian forces in 1972-73. He was detained in 1974 for political activism.

“I eventually crossed the border into Mozambique in 1977, where I was fortunate to read a lot of books on socialism and Leninism,” he recalls. “I admit that things could be better, but it’s not our leaders’ fault, particularly Mnangagwa who has done very well.”

Chipato says the country’s leaders made the mistake of abandoning the country’s spirituality, arguing that spirit mediums played a big role in the liberation struggle and were an important source of intelligence.

“We also forgot to teach our children about the liberation struggle and the importance of loving one’s country; that’s why we have some Zimbabweans campaigning for sanctions, which are destroying our country. Other than that, I am happy that I am part of the golden generation that held guns and brought independence to Zimbabwe.”

Douglas Mahiya, who is spokesperson and secretary for war veterans in the Zanu-PF politburo, says Zimbabwe is on the right trajectory socially, economically and politically.

“We went to war to fight for majority rule and crush an oppressive and unjust system for a better Zimbabwe, with unity and peace,” he says. “I am glad that we are on the right path despite some challenges, which were mainly a result of mistakes made in the first republic. But since President Mnangagwa took charge, all indicators are positive. He is correcting the mistakes made by Mugabe.”

Mahiya is full of praise for Mnangagwa’s tenure. Asked what he thinks about reports of human rights violations and the closure of democratic space, Mahiya laughs. “Human rights abuses were in Rhodesia, not Zimbabwe. Go and watch documentaries and see what (Ian) Smith (the former Rhodesian prime minister) used to do. Vanhu vairumiswa nembwa (He used to set dogs on people). Being an independent country does not mean you disturb peace, so when security forces restore peace, people want to say human rights are being violated,” Mahiya says. 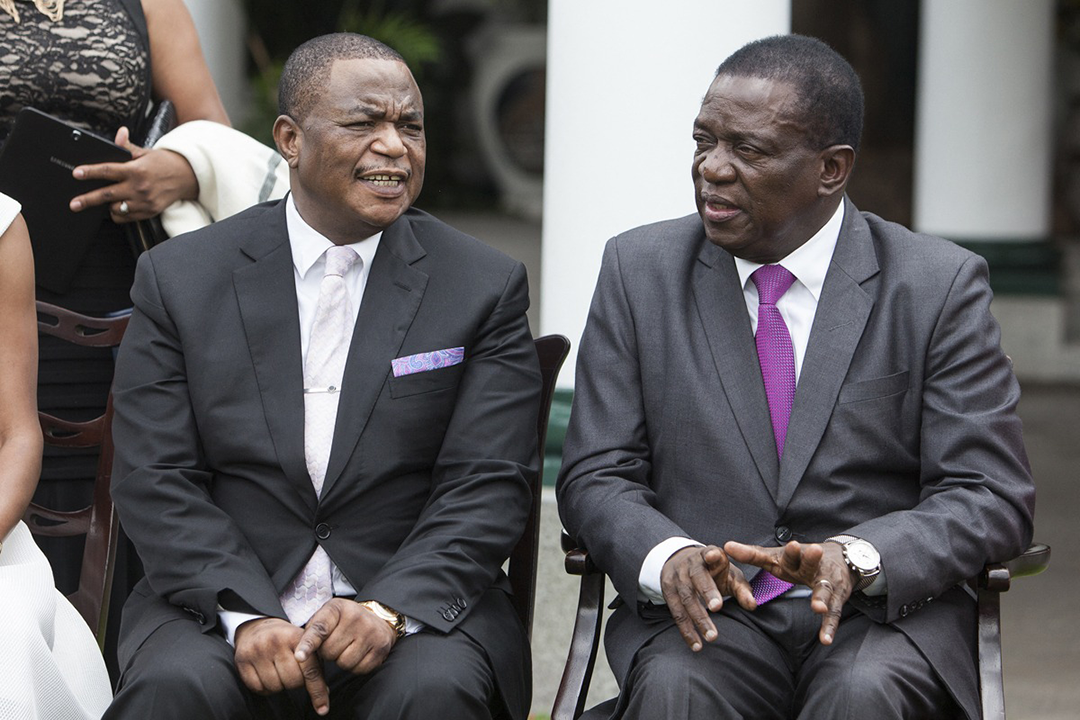 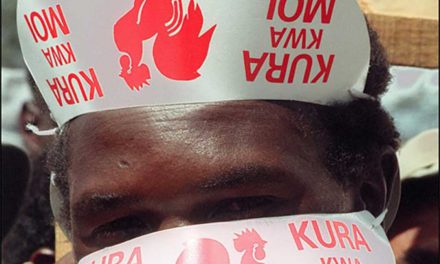 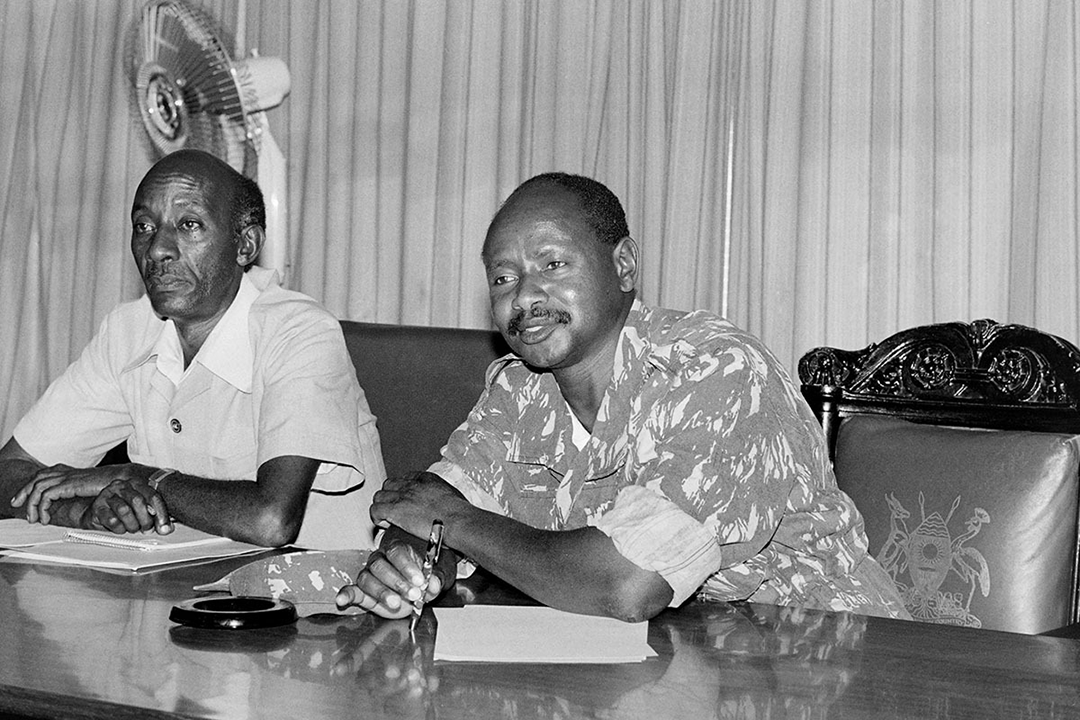 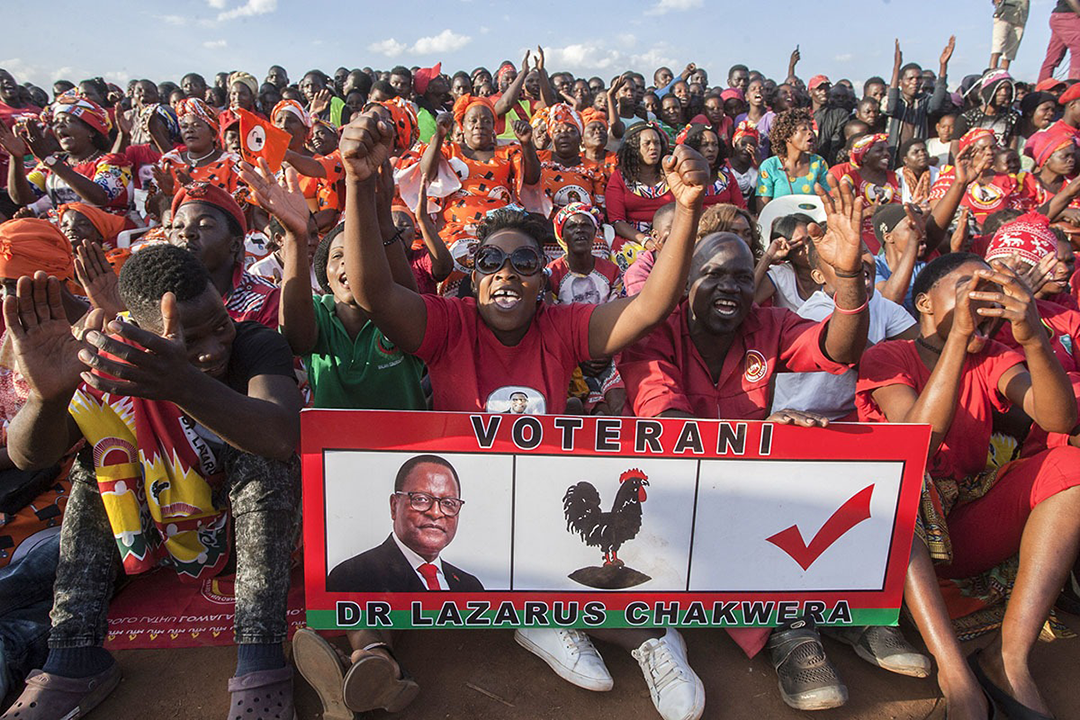