Angola: out of stock 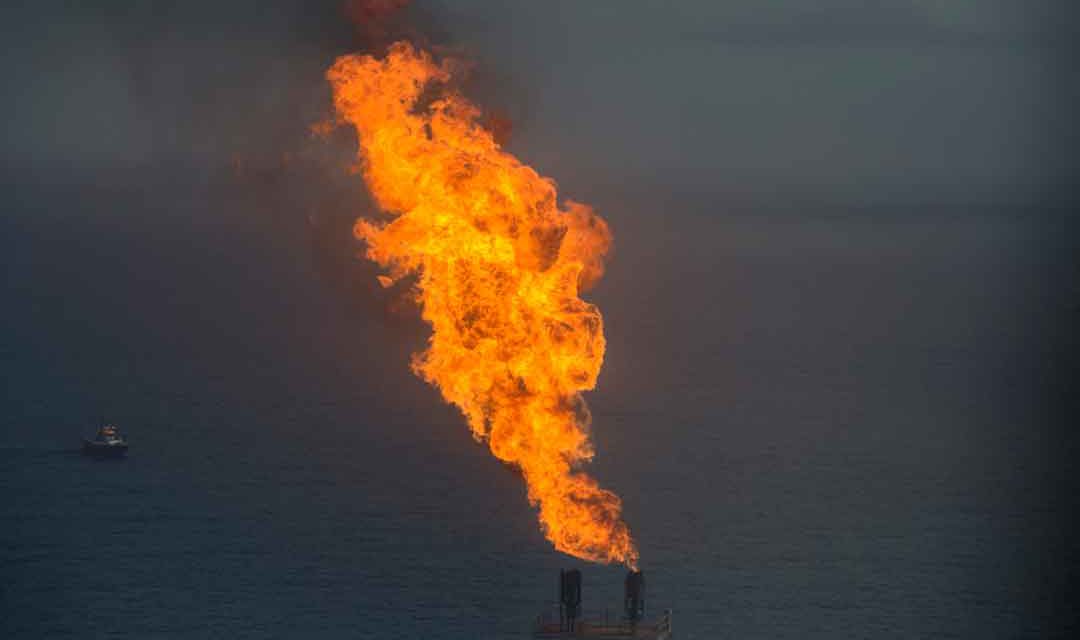 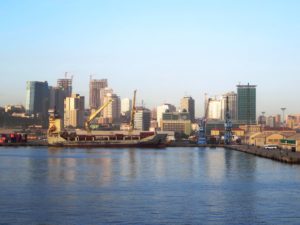 Angola is Africa’s fifth largest economy, its second producer of crude oil, a magnet for foreign direct investment and the custodian of one of the continent’s biggest sovereign wealth funds. Yet, rather surprisingly, unlike many of its smaller and poorer peers, Angola does not have an equities exchange. Trading government bonds outside the central bank began only in May. “Fund management as an industry doesn’t exist in Angola, which is crazy because basically you’ve got the third largest financial market in sub-Saharan Africa,” said Anthony Lopes Pinto, the managing director of Imara Securities Angola, the Angolan arm of Botswana listed asset management firm Imara Holdings Ltd. “Total assets in the banking sector are now more than $70 billion and the inefficient allocation of capital is directly inhibiting economic growth,” he said. At around 20% after costs and commissions have been included, the high cost of borrowing from banks was one of the reasons why “you never hear of many small to medium-sized companies becoming regional players,” he added.

Mario de Carvalho, an investment entrepreneur, told Africa in Fact that the country was crying out for an exchange. “Equities trading would be a very positive thing for Angola,” he said. “There is a big need for alternative financing options and it would help diversify our economy, which is very focused on oil and therefore highly vulnerable to price shocks.” So why does Angola not have an equities exchange? Will it ever? For more than a decade, global investors have salivated over media headlines heralding the inauguration of share trading in Luanda. But anticipated dates have come and gone, only for government officials to belatedly blame the “wrong economic conditions”. The country has had a capital markets commission, or regulator — known as the Comissão do Mercado de Capitais (CMC)—since 2005. In 2006 the Bolsa de Valores de Angola (BVDA) was set up to run the exchange. Newly trained BVDA and CMC staff took up a plush office building in downtown Luanda amid expectations that equities trading would begin after the September 2008 general election, the nation’s first in 16 years.

But this happened just as the global financial crash interrupted several years of heady post-war growth and sent oil prices into free fall. Angola, which depends on crude oil for more than 90% of its exports, was plunged into a liquidity crisis, forcing it to go cap in hand to the International Monetary Fund for a $1.4 billion loan. Plans for share trading appeared to fall off the agenda. Black plastic sheeting was taped over the silver signage on the front of the BVDA’s office and most of the staff were let go, frustrating asset management firms that had been working hard on their Angola entry strategies ahead of the exchange’s launch. In the following years various ministerial announcements proclaimed the exchange would “open next year”. But the BVDA was quietly wound up in June 2013 and liquidators were called in to return its assets to investors. With little fanfare and even less explanation, it was replaced by BODIVA, the Bolsa da Dívida e de Valores de Angola (Angola Debt and Securities Exchange), in July 2014 under the leadership of a former central bank governor, Antonio Furtado.

In May this year BODIVA, housed in new premises in the capital, began trading government bonds, previously only available in-house at the central bank, the Banco Nacional de Angola. Though volumes are still small ($47m in May and $188m in June, according to BODIVA) relative to the size of Angola’s economy, investors and asset management firms have called the move an important first step. “We believe that securitised debt will be able to give depth and liquidity to capital markets, which, combined with the perception of sovereign risk, lead to a learning curve for the corporate debt segment, the stock market—and later the futures market,” Mr Furtado told investors at a business roundtable in Luanda in July. With the government debt market now in place and corporate bond sales due to follow next year, a new date of 2017 has been set for equity trading. A futures market may open in 2019. But after so many missed deadlines, it is difficult to take these dates too seriously. And questions remain about which companies would list on the new stock market.

“Who would be in a position to list and who would want to? That’s the challenge,” de Carvalho said. “After the banks and maybe the mobile phone company Unitel, there are very few Angolan corporates that are in a position to join an equities exchange.” The country’s large state-owned enterprises, such as oil company Sonangol and national air carrier TAAG (Transportes Aéreos Angolanos), would certainly elicit plenty of interest if they listed. But few believe that the government is willing to relinquish control of such critical national assets, or that it is ready to open up its books to full public scrutiny. Angola is notorious for its corporate opacity. Transparency International ranks it as one of the world’s most corrupt countries. Many firms—and entities holding shares in corporate ventures—are registered as Sociedade Anônima (SA), which means their ownership is not publicly known. Banks now publish audited financial statements in the local press, a legal obligation, but this requirement does not apply to other firms.

Tracking down company reports and accounts can be a challenge at best and is often next to impossible. The problem is that a company cannot list on an equities exchange unless it can produce audited reports and make them public. But after three decades of war that ended in 2002, some firms do not have sufficient book-keeping skills to produce these documents. Analysts have often cited this absence of a reporting culture as a reason for the delays in setting up equity trading. According to this view, the government had wanted a big launch with a full exchange befitting the country’s economy, rather than one on which only a handful of companies traded—which could have been branded a low-value flop. But Mr Pinto rejects the narrative that Angolan companies are unable or unwilling to list. On the contrary, the option of raising capital on a local stock market would act as an incentive for more disclosure and adherence to best reporting practices, he said. The Angolan exchange is being held back because the country’s government and corporations have little knowledge about equity trading, he conceded.

The general lack of appropriate knowledge and skills has created high levels of caution and risk aversion among companies that might otherwise consider listing. “There are very few people who understand how capital markets work [and] on the back of that, there is an extremely high fear that the capital markets will crash,” Mr Pinto said. The poor performance of markets in former colonial power Portugal, still a major economic reference for many Angolans who do not speak English, has added to this sense of risk aversion in the public and private sector. Another potential barrier to the 2017 launch is Angola’s current economic climate. The country showed good signs of recovery following the 2008-09 crisis, though it never managed to repeat the double-digit growth of the years before. Now Angola’s outlook is grim because oil prices have collapsed. Government revenue between January and May this year is down 85% on the same period in 2014 and the kwanza, Angola’s national currency, has plunged from 98.5 to the dollar in September last year to 126 as of mid- August.

This has put enormous strain on liquidity, which in turn is forcing more currency devaluation. After several years of downward movement, inflation is creeping back up. In February, the government announced an austerity budget, slashing public spending by about 25%. The private sector has also put projects on hold and cut back staff. The mood in the country is doom and gloom. The economy’s vulnerability to oil price shocks is a loud reminder of the need to grow a strong and diversified private sector. A stock exchange could breathe new life into small and medium-sized companies outside the oil industry, which in turn would create badly needed jobs. Introducing capital markets when an economy is in a rut might even be a clever way to ensure a good appreciation of assets in the future. “The bond sales have likely moved forward because the government desperately needs to mobilise more financing for its debt,” noted Søren Kirk Jensen, an associate fellow at Chatham House, a London think-tank.

“Also, some of the people who were behind the exchange back in 2008 have recently returned to central positions in government and that could be another reason why things are finally progressing,” he added. Imara set up in Angola in 2009 hoping to be a first mover on the exchange. Mr Pinto agrees that the equities market may finally open. “I think the stock exchange is definitely back on the agenda and I think it is taking shape, albeit at an Angolan pace,” he said. “We are headed in the right direction and with a little patience we will soon have a formidable market.” 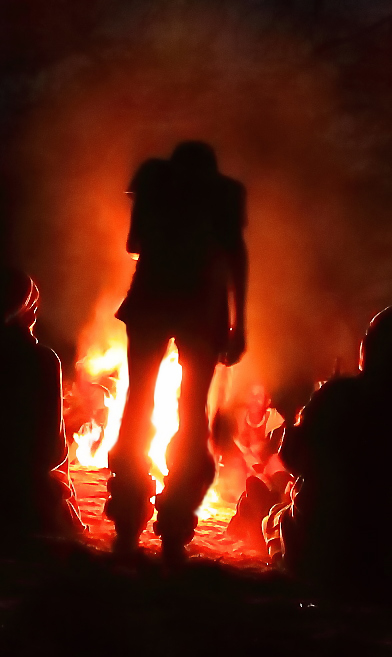 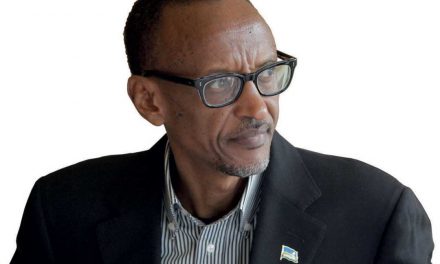 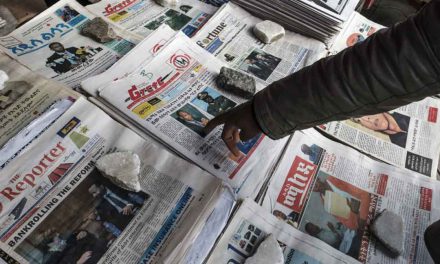 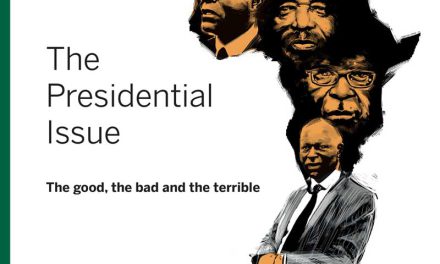