Taking action from the ground up 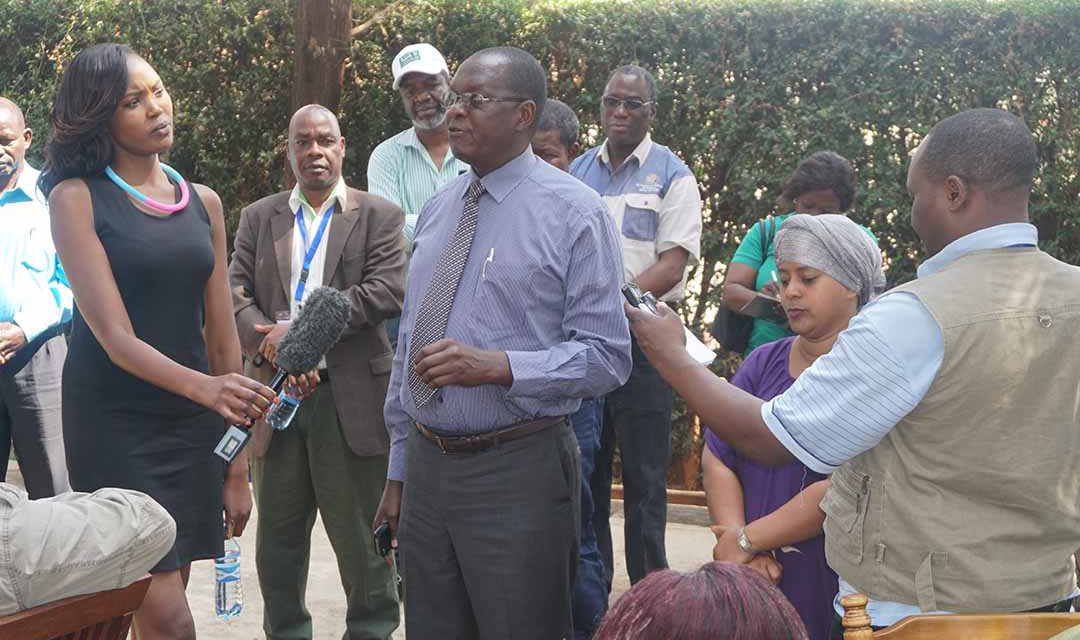 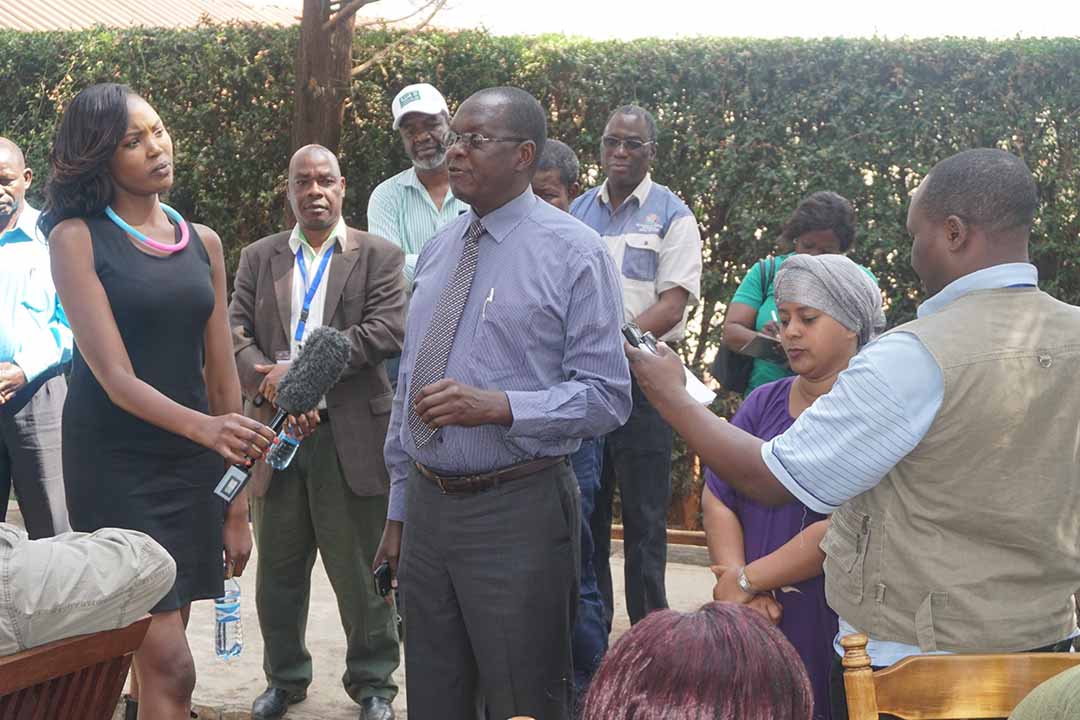 Malawi’s green and undulating Nyika plateau has year-round waters flowing into rivers used by downstream communities, most of them dependent on farming. Interestingly, women in the region are now breaking down traditional rural gender barriers with smart initiatives that are contributing to building longer-term agricultural resilience. The community of Ntchenachena lies at the bottom of the Nyika plateau in Rumphi, the northern region of Malawi. In recent years, the rainfall pattern in the area has changed and farmers have had to resort to planting drought-tolerant crops such as cassava and sweet potatoes to cope. Maria Botha, 55, is a retired school teacher and resident of Ntchenachena, and a member of the Njati Women Group. “In the late 1980s the rains were abundant,” Botha told Africa in Fact. “But in the 1990s the situation changed, with shorter rainfall periods. This greatly affected agriculture productivity, leading to the reduction of beans and maize productivity.” Vera Msiska, a mother of four children from nearby Mziliwande Village, agrees that the region has seen changes in rainfall. “Rains are unpredictable now, they sometimes start earlier and then disappear, or vice versa,” says Msiska. She adds that the changing rainfall patterns have seen the district’s maize crops afflicted by fall army worm, with other pests attacking cassava tubers underground. The community has resorted to sweet potatoes to replace the popular staple food because they are more drought tolerant. The changes in rainfall patterns in the region are almost certainly due to climate change, which is having a negative impact on societies, economies and environments around the globe. Africa is particularly exposed and vulnerable, with the challenges often large and the governments’ capacity to deal with the effects of climate change low. Smallholder agriculture is the mainstay of most African economies and it is the sector most vulnerable to climate change.

The African agricultural sector is dominated by women farmers, who account for over 80% of the continent’s food production, according to a 2018 Alliance for a Green Revolution in Africa report. Moreover, women and youth are disproportionately impacted by the adverse effects of climate change because climate change negatively impacts on a number of dimensions of society, including food security, water, energy and health, rendering these sectors of society particularly vulnerable to knock-on effects, according to an October 2018 report by the UN’s Intergovernmental Panel on Climate Change. Recognising that the gender dimension of climate change has an impact on African agriculture, the African Union Development Agency (AUDA-NEPAD), with financial support from the Norwegian government, has introduced a five-year Gender Climate Change and Agriculture Support Programme (GCCASP) to train African female smallholder farmers, youth and other vulnerable groups in the use of climate-smart agricultural practices. Despite the difficult conditions in which they work, women not only contribute some 80% of the food consumed in African households, they also use these resources to support their families, which brings social cohesion in African communities, says Estherine Fotabong, director of programme coordination and implementation at AUDA-NEPAD. In Malawi, AUDA-NEPAD is working with the Civil Society Network on Climate Change (CISONECC) and the ministry of gender, children and women affairs to enable women farmers with climate-smart practices. “Women should be at the centre of designing and implementing interventions aimed at building community resilience to the impact of climate change,” Julius Ng’oma, CISONECC’s national coordinator told Africa in Fact.

The negative effects of climate change are not only hitting rural communities. Urban residents are also increasingly affected by food shortages, Nairobi’s city council Governor, Evans Kidero, told participants at a Climate Smart Agriculture (CSA) forum in October 2016, organised by AUDA-NEPAD. But, he said, Nairobi’s people were compensating by resorting to their own agriculture, and urban farming was now contributing significantly to the country’s overall agriculture productivity. The Nairobi council was now emphasising the need to support urban farming as a key aspect of developing greater resilience to the effects of climate change, he told the gathering. Albert Waweru, a former assistant commissioner of police who went into small-scale farming after retiring, told delegates during a field visit to his farm outside Nairobi that he had started small, with one calf worth $350, but that the farm now had 30 dairy cows, providing more milk than he could sell. Waweru said he had tried “green” farming techniques such as zero grazing, a system whereby cattle were housed at the farm where they were fed and watered instead of left on communal grazing land, which was in short supply. “To rely on rainfall alone is no longer practical,” Waweru told Africa in Fact. To address this problem, he dug underground water tanks from concrete to prevent seepage, which collected every drop of water available. This was assisted by the design of his house, which conducted rainwater to the tanks. “The plan makes use of all the space available,” he said. “I store water in these underground reservoirs, under my animal pens.” In addition, Waweru advocates the “lead and follow” approach – a form of agricultural advisory service that sees selected farmers trained in climate-smart interventions, and who are expected to pass on their training to their communities.

The approach is well-suited to situations where there is a lack of agricultural extension staff. “Lead and follow” can play a key role in assisting communities to adjust to the effects of climate change. Moreover, the use of locally made manure is helping to improve yields in infertile soils, especially as organic fertilisers are extremely expensive for the average farmer. The experience of climate-related shocks, such as drought or floods, pushes farmers into different diversification strategies, Nicholas Sitko, a programme coordinator at the UN’s Food and Agricultural Organisation (FAO) told Africa in Fact. Sitko, the co-author of a recent study of farming communities in Malawi, Niger and Zambia, published in the journal World Development in May, says farming communities are diversifying their crops and income sources as adaptive strategies. The impact of diversification on household income varies between countries and depending on their diversification strategies, Sitko said. However, across Africa, the impact both crop and income diversification had on the welfare of a household was generally higher for the poorest people – while actually decreasing, and, in some cases, turning negative, for better-off households. His co-authored study argues for policies aimed at taking African culture into account when looking at the socio-economic specificities of farming communities. A “one-size-fits-all” approach would never work, he insists. Sitko said policymakers aiming to address the objectives of SDG 13 should make use of appropriate empirical studies. “Evidence-based policies have a greater likelihood of achieving their objectives, which also makes good political sense,” he told Africa in Fact. Diversification strategies have the potential to have a greater impact on rural poverty because they offer people opportunities to benefit from labour and land, their main assets, said Mweene Kambombi, a researcher at the Zambia Agriculture Research Institute.

Enabling the rural poor to diversify required multi-sectoral policies, strategies and programmes that addressed their economic and social vulnerabilities, she told Africa in Fact. Addressing the challenges of climate change for rural households also required that coordinating policies in different sectors be “correctly sequenced”, she said. And to be effective, coordinated policymaking and implementation needed to ensure those most affected were included in policymaking, she added. This was in line with the approach to SDG 13, which received considerable African input. Indeed, Africans have contributed significantly to the formulation of the SDGs. The African Commission’s High- Level Panel on the Post-2015 Development Agenda, which ran from 2012 to 2013, was co-chaired by Ellen Johnson Sirleaf, then president of Liberia, and included several other prominent politicians from the continent. In May 2013, a high-level committee of heads of state and government produced the Common African Position (CAP) on the Post-2015 Development Agenda, which was subsequently adopted by African Union (AU) countries in January 2014. According to the 2016 ODI report, several leaders from the region were also closely involved in the formulation of various SDGs at the international level. The SDGs, therefore, reflect the African context and African priorities, and have the potential to serve as a foundation for long-term sustainable solutions across the continent, especially if coherence and alignment is maintained with the vision outlined in Agenda 2063, the AU’s 50-year vision and action plan. Meanwhile, rural women farmers in northern Malawi are focused on enhancing crop productivity in response to changing climatic conditions, Neviasi Harawa, from Kambwiya village in Ntchenachena told Africa in Fact. “Other than the usual crops, we have decided to grow drought tolerant crops and fast-maturing varieties, which can survive even when the rains are insufficient,” she said. 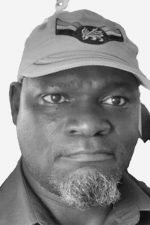 Charles Mkoka is an environmental journalist based in Malawi. He also describes himself as an advocate for the African Union’s Agenda 2063. 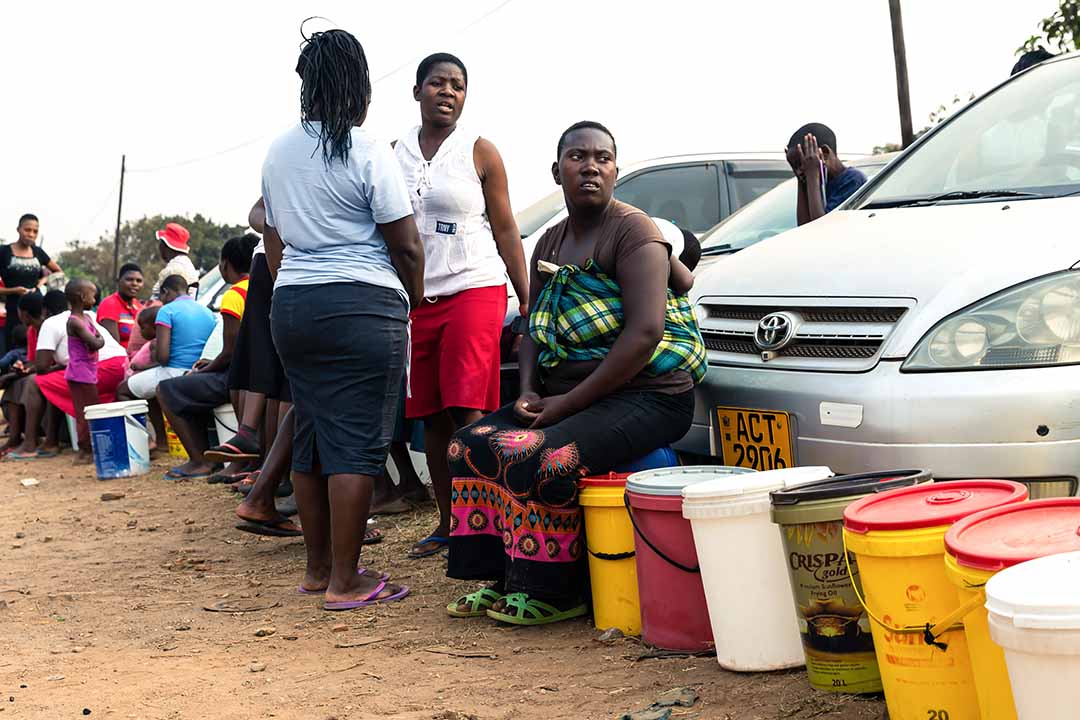