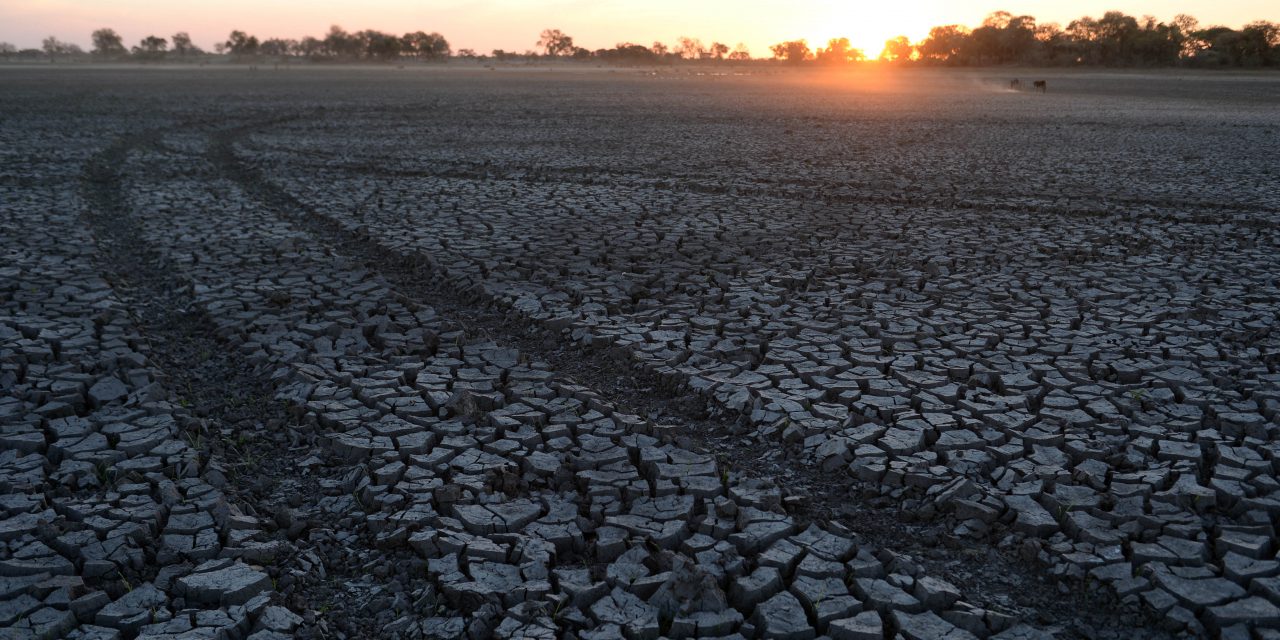 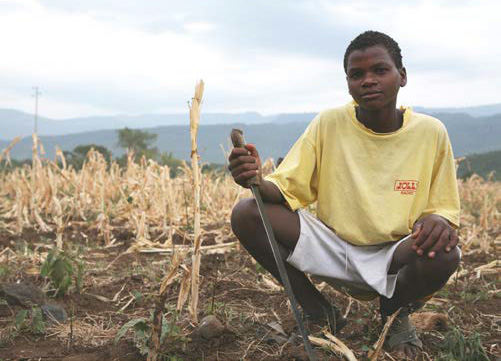 African governments need to plan in advance, like Asian governments have, to ensure food security as climate change scours the continents’ farms

It’s been almost eight years since Irene Maphenduka, a subsistence farmer in Nyamandlovu in Matabeleland North province, some 40 km northwest of Bulawayo, had a bumper harvest.

Good rains back then and assistance from the Zimbabwe government, which provided her with farming inputs and machinery, helped boost her maize crop yield, the country’s staple grain. President Robert Mugabe’s government had rolled out “Operation Maguta”; the nationwide campaign, spearheaded by the military, aimed to increase the amount of land under tillage to boost national food security.

But the operation went bust, mainly due to corruption and poor planning on the government’s part; and failed to end food shortages.

All the same Maphenduka speaks longingly of those days. Proudly, she holds up an old newspaper cutting from a local weekly, which chronicled her success. “I used to be one of the best farmers in this region,” she said with a smile. But with neither tractors nor machinery on her farm any longer, productivity has plummeted. She has also had to deal with the effects of climate change, which have manifested as long dry spells, water shortages, and, most recently, a fall armyworm outbreak on her farm.

“It’s been very difficult for me. God loved us so much this year and gave us good rains after the drought, but now there is fall armyworm also. We can only hope that nothing serious will happen to our crops. We had really aimed so high, [but] it looks like everything will now be a disaster,” she told Africa in Fact.

Even an experienced farmer such as Ben Freeth – a former commercial farmer in Zimbabwe – is stunned by the severity of last season’s drought and its enduring effects. Freeth was kicked off his Chegutu farm some eight years ago by the late Nathan Shamuyarira, once a minister in Mugabe’s government. He is now an agriculture consultant and farms on a small scale.

“I’ve never seen anything quite like this. There was a drought and now there’s the fall armyworm as well. There’s going to be a decent crop out there as we have had a good rainy season, but it depends on how much the fall armyworm will eat,” he said.

The devastation from the El Niño weather pattern is related to climate change according to Oxfam, the UK-headquartered global non-governmental organisation. “Climate change boosts the probability of a super El Niño developing, and El Niño, in turn, exacerbates climate change as the Pacific Ocean heats up,” it said in a report.

El Niño conditions occur when the central and eastern equatorial Pacific sea surface temperature are substantially warmer than usual. El Niño and La Niña – the reverse weather pattern – tend to develop between April and June and reach their maximum strength between December and February. They usually persist for nine to 12 months, occasionally last for up to two years, and recur every two to seven years.

The United Nations Framework Convention on Climate Change said that by 2030 developing countries would require between $28 billion and $67 billion to enable adaptation to climate change: “This corresponds to 0,2 to 0,8% of global investment flows, or just 0,06 to 0,21% of projected global GDP in 2030. Current global funding for adaptation is a fraction of this figure and access to these funds for developing countries is often lengthy and complex.”

Maphenduka’s situation is just one instance of the plight faced by many poor farmers in Africa, who will bear the brunt of climate change. The effect of a bad farming season is lasting, because it often continues into the next season. Farmers have to grapple with debt accrued from the last season, rising food prices and cash-strapped governments largely unable to cushion them after a bad season. Most farmers are left to sink or swim.

After the devastation of El Niño, the region is now beset with La Niña weather conditions, which mainly differ in that there is normal to above normal rainfall, instead of a dry spell. But this in no way suggests that El Niño’s effects has receded, or that the losses from the drought can simply be recouped with the rains, and a better season the following year.

Wandile Sihlobo, head of the economic and agribusiness intelligence unit at the Agriculture Business Chamber in South Africa, said climate change had seen debt levels soar, with the poor most affected. “In Asia and in Africa, El Niño has been affecting poor farmers and they have had to bear the biggest brunt. Debt levels are hovering around R116,57 billion, rising from levels of R3,83 billion, and have grown about 30-fold in recent years. Even if we do see some sort of recovery this year and we see farmers getting back into production, they are still in debt. The small farmers in rural areas don’t have the luxury of getting back to production after a difficult season,” he told Africa in Fact.

Last year, about 40 million people in the Southern African Development Community (SADC) region were left food-insecure as a result of the drought, according to the World Food Programme (WFP). To tackle the El Niño outbreak globally, the WFP has indicated that it has net funding requirements of  $944 million.

The shortfall consequently means that the socio-economic effects of El Niño – malnutrition, migration, and disease outbreak, among others – will likely continue, even though its climatic effects may show some signs of subsiding. But to the public the most visible result of the drought has been its effect on food supplies, the scarcity of which has had a knock-on effect on food prices. Agricultural economists indicate that maize prices have increased by an average of 20% more per tonne since the last season, with a tonne of the staple grain costing between $240 and $370.

“We will know round about March/April this year what food prices will be like, given that the region is hit by a new pest which also threatens food security,” said John Robertson, head of Robertson Economics, based in Harare.

Last year, South Africa, the continent’s largest producer of maize – the region’s staple grain – had to augment domestic grain supplies with imports, after a shortfall of 3,8 million tonnes of maize. On average, South Africa needs about 10,5 million tonnes of maize for its domestic needs, according to the Agricultural Business Chamber, with the surplus exported to the SADC region.

RisCura, a global investment advisory and financial firm, said retailers had been absorbing the extra costs associated with the effects of El Niño over the past year by subsidisng prices for cash-strapped consumers. “It is clear, however, that retailers, particularly in the current domestic economic environment, can only withstand so much margin squeeze. Rising costs at producer level are increasingly likely to be passed through to the consumer,” the firm said.

In July last year, Botswana, Lesotho, Malawi, Namibia, Swaziland and Zimbabwe declared national emergencies, as did most provinces in South Africa, while Mozambique activated a red alert to mobilise resources and speed up the response to the crisis. Madagascar called for international assistance.

Yet all this was a temporary response to a catastrophic disaster that shows signs of repeating, Sihlobo says. Aid assistance is just one of the solutions needed to combat climate change globally, and Africa would do well to look to the East for assistance with long-term planning to mitigate the effects of climate change.

In Asia governments have begun pouring investments into seed technology that will help them prepare better for climate change – a step which placed them ahead of their African counterparts, Sihlobo added.

“The only way is if we invest in seed technology and development. The development of seed, which can withstand extreme weather conditions is important. Surely we can’t be planting the same seed variety of seven years ago, which is susceptible to these weather conditions? The key point is to invest more and work with technologically suitable seed variations,” he said.

Chimimba David Phiri, the UN’s Food and Agriculture sub-regional coordinator for Southern Africa, told Africa in Fact that it was incumbent on governments to plan as if every year would be a bad season. “Disaster risk strategies should always be there. Governments must plan for the worst and hope for the best. It is clear that the costs associated with droughts are heavy,” Phiri said. He pointed out that when the good times roll, most governments put aside their disaster risk strategies, and only activate them when bad times have already set in. “At that time, they can hardly be said to be on top of the situation,” he said.

Phiri said while there was no one-size-fits-all solution for agriculture or for poor farmers facing the effects of climate change, governments would need to put in place a range of coping measures, including the adoption of drought-resistant crops, new irrigation technology and the use of solar-powered boreholes. Climate change will continue to require planning and adaptability. For her part, Maphenduka, is ready to adapt her own farming practices if this means a change of fortune for her farm. 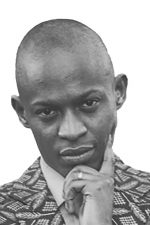 Ray Ndlovu is a journalist based in Harare. He is the Zimbabwe correspondent for Business Day, Sunday Times, Business Times and Financial Mail and has an honours degree in journalism and media studies. 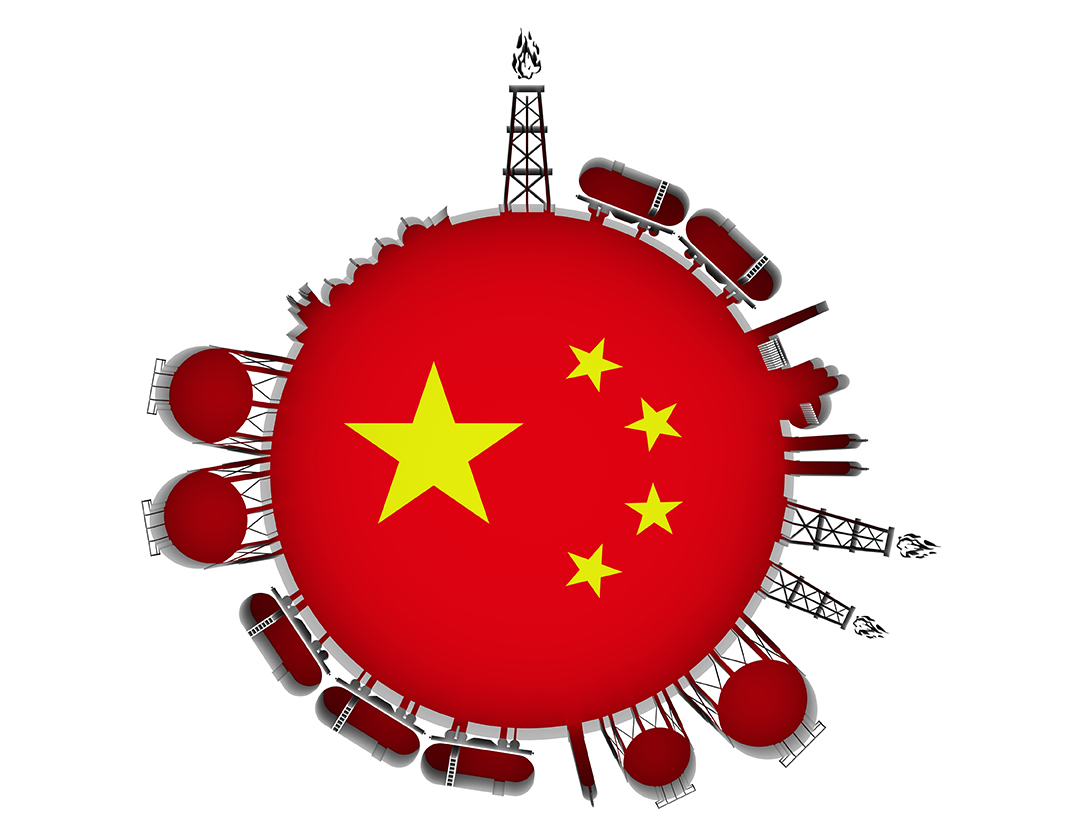