Leading from the front

Youth: their time is now 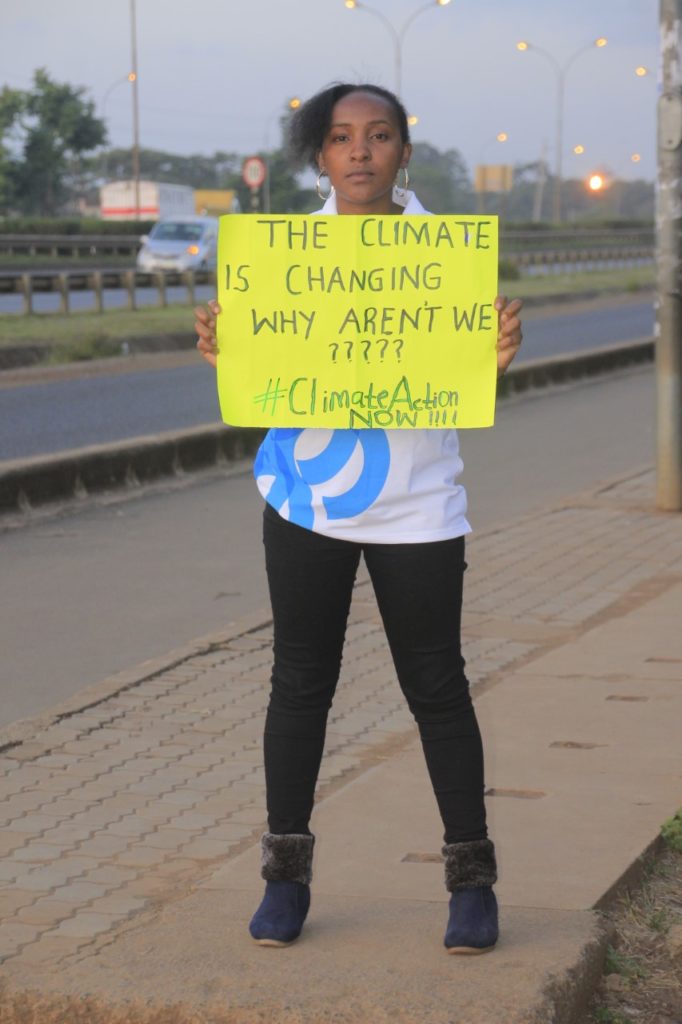 Climate change continues to threaten human existence, economic growth and the livelihoods of vulnerable populations, and experts predict that Africa will be struck more severely than most by the impact. Across the continent, young people are enraged about the lack of action on climate change and are demanding action and taking action. As United Nations Secretary-General Antonio Guterres summed up in his speech at the G-7 Summit in August last year, 2015 to 2019 were the ﬁve hottest years on record. At the same time, according to the World Meteorological Organization, the level of CO2 in the atmosphere is the highest in human history.

The recent Special Report on 1.5°C (the impacts of 1.5°C global warming above pre-industrial levels) from the Intergovernmental Panel on Climate Change summarised the scientiﬁc evidence. The report is in its ﬁndings: limiting unequivocal warming to 1.5°C requires major and immediate transformation across all sectors of society. There is a need to reduce annual emissions by half of their current level by 2030 if we are to have a chance of limiting warming to 1.5°C. According to Doug Ragan, UN Habitat’s Child and Youth specialist, “Climate change also threatens human security because it undermines the environment, livelihoods, communities and the ability of states to provide the conditions necessary for sustainable peace.

Young people’s voice, agency, and leadership have played a crucial role in advancing climate action and climate justice.” Indeed, young people in Africa are leading the way in the ﬁght against climate change and stepping up to help their communities because they know the future depends on their actions. Adjany Costa, a 29-year-old environmentalist agrees that youth innovation and energies are essential in the ﬁght against climate change. She has been at the forefront in demanding conservation of precious water and biodiversity hotspots in Angola. Her efforts have not gone unnoticed; in 2019 she received the young Champion of the Earth award from the UN Environment Programme.

In Ghana, Kwabena Danso, young entrepreneur and founder of Boomers International Ltd, is working with other young people on a project that encourages bamboo farming. Currently they work with more than 200 rural farmers to get them into bamboo agroforestry, which will empower them economically, protect the environment (bamboo improves soil fertility and absorbs more carbon than any other plant) and at the same time, provide the company with a sustainable supply of raw materials for making bicycles. Bamboo can therefore support a healthy, non-polluting form of alternative transport, meeting growing mobility needs while addressing climate change, environmental degradation, poverty, and high unemployment among young people.

As Danso says, all we have is one world and we have no option than to protect it – this is the mandate of the youth of our time. Young Africans are making change happen, through their activism and also through their jobs and livelihoods. Another example is Alhaji Siraj Bah, a 20-year-old activist from Sierra Leone, who has set up an enterprise making biodegradable paper bags from banana ﬁbres. He started his company with just $20, with the aim of combating plastic pollution, deforestation, air pollution, improper waste management and youth unemployment. His company, Rugsal, also produces smokeless, long-lasting and affordable briquettes from coconut waste.

Growing up in Nyeri county, a Kenyan region known for its beautiful forests, in a village where  planting  trees and drinking from clean streams was the norm, she connected with nature at a young age. Her ﬁrst act as an environmental activist was planting her a tree when she was seven years old, inspired by the late Nobel Laureate Professor Wangari Maathai, who at that time was the Member of Parliament in her home region, Tetu. “Many people say that Africa will be the hardest hit by the impacts of the climate crisis, but the reality is that Africa has already had to go through a lot of challenges as the reality of the climate crisis has already hit home,” she says. 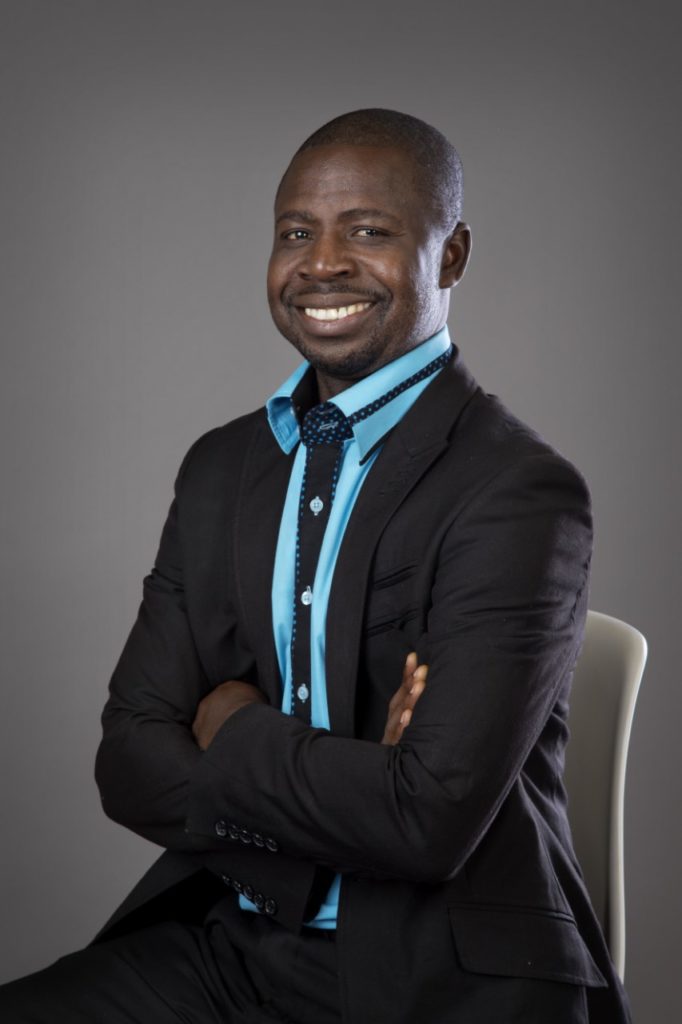 “It is not a future concern; it is about now, and things will only get worse for us if global action is not taken.” Through her organisation, Wathuti gives children and young people practical environmental education, greening and So far, she has trained and nurtured more than 20,000 children in different schools across Kenya, encouraging them to love nature and be conscious of the environment at a young age and their role in addressing the ongoing climate crisis. The adopt-a-tree campaign has helped inculcate a tree growing culture among people, especially children. Out of the more than 30,000 trees they have planted in schools, including fruit trees, thus far, 99% have survived.

Wathuti believes that the impact the campaign will have is not the number of trees planted so much as the number that will reach maturity. “We have a critical role to play as young people – and we must do all we can to tackle climate change,” says Charlot Magayi, the founder and Chief Executive Officer of Kenyan-based Mukuru Clean Stoves, a social enterprise that recycles waste metal to produce improved, efficient cooking stoves. Magayi partners with local women business owners to distribute to the last mile. “The stove’s ventilation is improved to ensure toxic smoke emissions are reduced by 70%,” she says.

In Uganda, Leah Namugerwa, a 15-year-old climate activist and student has been striking every Friday for greater action on climate change, plastic pollution and more. Also, she’s started the Birthday Trees initiative, encouraging people to celebrate their birthdays by planting trees. At the UN Habitat’s World Urban Forum in Abu Dhabi in February this year, Namugerwa led young people gathered at the Youth Assembly to demand urgent and substantive action on the climate crisis. “Adults are not willing to offer leadership,” Namugerwa told the gathering, “so I offer myself.”

As Ovais Sarmad, the Deputy Executive Secretary of UN Climate Change, has remarked, young people have brought a breath of fresh air to the ongoing conversation about climate change: they continue to remind leaders of the need for urgency the world faces and of the imperative to work towards a cleaner and greener future. 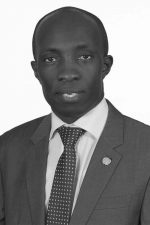 Raphael Obonyo is a public policy analyst. He’s served as a consultant with the UN Department of Economic and Social Affairs (UNDESA). An alumnus of Duke University, he has authored and co-authored numerous books, including Conversations about the Youth in Kenya (2015). He is a TEDx fellow and has won various awards. 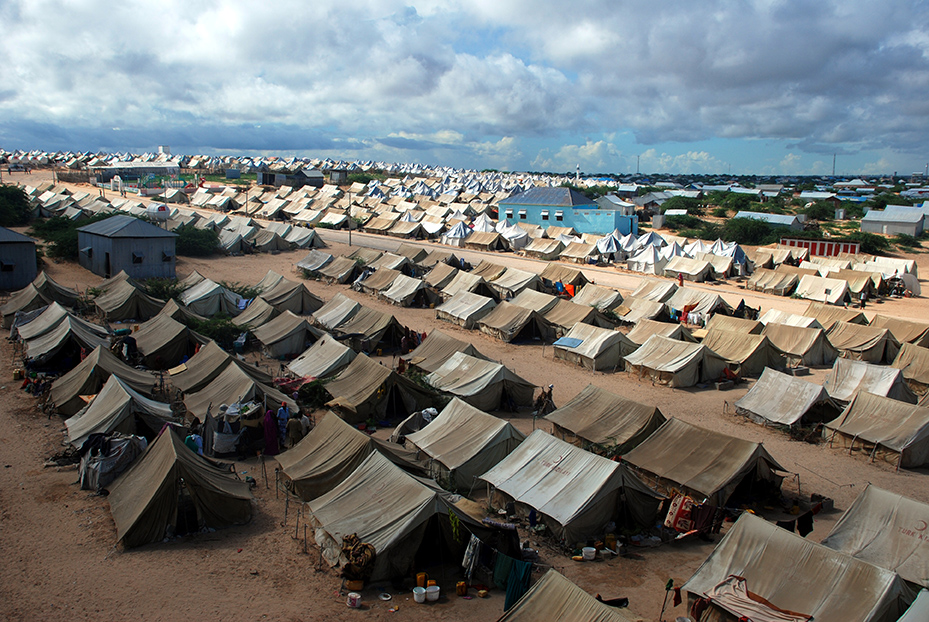 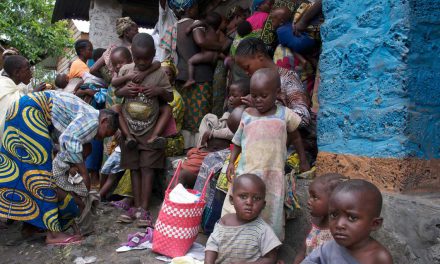