Citizens across South Africa are calling out for vastly improved governance standards. Good Governance Africa will launch a unique website to empower everyone looking to get active, and practical, in calling our leaders to be more accountable and making our government more transparent…

As Good Governance Africa’s Stuart Mbanyele’s article ‘Unpacking malfeasance in South Africa’s municipalities’ states, ‘When wasteful expenditure occurs, those in positions of authority live in luxury from the proceeds, while citizens continue to experience hardships. This stems from the fact that wasteful expenditure has a dire impact on governance. In the short and long term, it fuels service delivery failure. As a result, the electorate is deprived of essential water and electricity, and safe municipal roads. The impact not only extends to citizens, but also to the functioning of businesses and their ability to remain profitable.’

This article was written before violence swept through South Africa this July, yet it still captures one of the key themes of the current African era: citizen dissatisfaction.

When it comes to what people can do about their sense of dissatisfaction, however, things remain murky. For example, South Africa’s recent bout of social violence kicked up a storm of commentary – from journalists, and from ordinary citizens on social media. Analyses of South Africa’s problems now flood the internet, wrapped up in many different calls for people to act. But what kind of action? And how is an ordinary South African supposed to take it?

“People want civic change. They know it’s urgently needed, but there aren’t too many ideas around as to how it can be achieved, beyond a trip to the voting booth every few years. We know we should be doing more than doom scrolling on social media, but we’re not too sure what that ‘more’ entails.”

GGA is meeting the citizen action challenge with the launch of a new website on the 28th of July 2021 that gives users access to a uniquely wide range of tools and resources designed to help them understand the surrounding socio-political environment better and take actions able to spark a meaningful improvement in governance standards.

“People need intellectual resources that offer a morally neutral, fact-based lens on our social challenges,” says Maroleng. “The media can potentially play an important role here, but increasingly it finds itself embroiled in the tactics and machinations of politics, and the sense of distrust people feel about governments and governance often extends to the media as well. The GGA website fills this credibility gap – not with polemic or opinion pieces, but with carefully developed tools and resources.”

GGA develops its products and resources in response to public demand to provide an evidence base for building practicable policies that enhance productive and allocative efficiency. The organisation hones in on key social challenges such as who in society gets what, when, and how, as it details the social impacts caused by pressing issues such as environmental degradation, climate change, under-development, and mass youth unemployment.

“These forces often combine to undermine human security and ecological integrity,” says Maroleng. “This is true globally, and particularly across Africa, which still carries enormous negative momentum from its period of colonial domination.”

“Developing a clear-eyed view of the interlocking economic, social and political dynamics at play is a vital part of dealing with colonial legacy, and the new GGA website offers a range of tools which can be used by anyone to do this. The tools aren’t specific to academia, and the intention is to improve the average ordinary citizen’s view of what’s actually going on at a governance level across the continent.”

Flagship products that will be available on the GGA website and e-commerce platform from 28 July 2021 include:

The Africa Digital Databank (ADD): an integrated repository of multiple world databases that allows users to browse any country for comparative visualisations and analyses across the themes of Economics, Development and Governance.

Africa in Fact: Africa in Fact is a quarterly journal focusing on issues affecting governance in Africa through high quality journalism and analyses. The journal is available in three digital formats on GGA’s website.

Live Webinars: including debates and discussions among leading African thinkers.

Consulting and advisory services: focused on providing cutting edge governance insights and analysis to clients in the private and public sectors.

GGA’s e-commerce approach makes its business model subtly but fundamentally different to other think tanks and governance organisations, the majority of which rely on donor funding for their existence.

“Funded organisations quickly become beholden to the funder,” explains Maroleng. “Intentionally or not, this might easily result in bias in terms of the subjects the organisation explores and the ideological lens it applies. The GGA business model is substantially different. It is intended to position the organisation as a more sustainable enterprise that has multiple independent revenue streams, including the new e-commerce website. Building an active community of governance content consumers allows us to remain intellectually and politically neutral, and therefore gives us the power to provide the kind of fact-based content that African citizens are asking for.”

Watch Chris Maroleng’s interview on Newzroom Afrika as he discussed GGA’s new website, its products, and how citizens can be more active in calling for Good Governance in South Africa here: 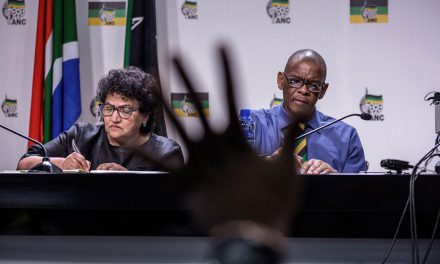 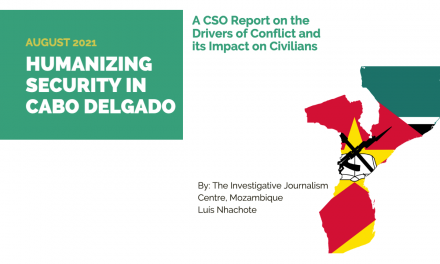 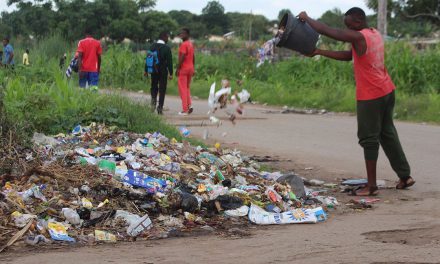 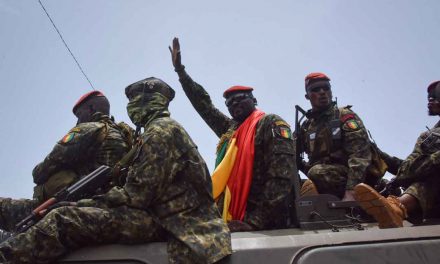