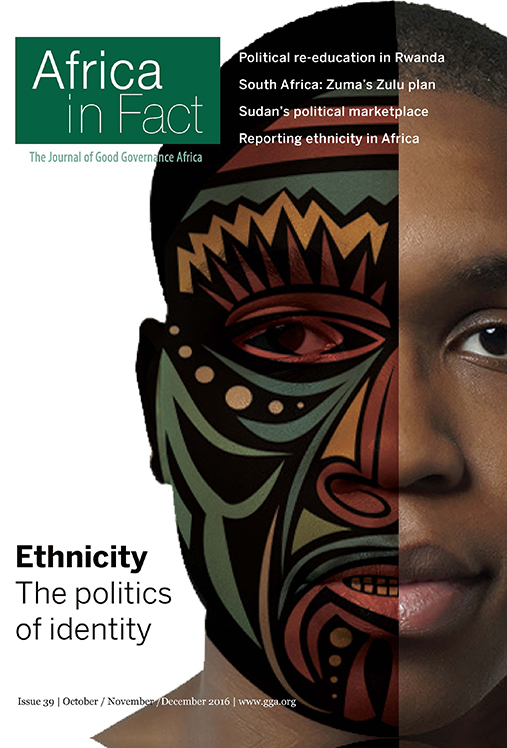 Though the economies of many African countries are dominated by minorities, politicians often choose to accept the benefits

Between “Brexit” and Donald Trump, 2016 seems to be a year of political rewards for those who demonise minorities and disparage immigrants. And while the rhetoric has turned ugly—against Eastern Europeans, among others, in Britain and notably, Mexicans and Muslims in the United States—none of those demonised groups holds a disproportionate economic influence over their respective societies.

In fact, these communities are disproportionately poor when compared to the majority—whites. How much more potent would Trump’s xenophobic anti-minority rhetoric be
if Mexican immigrants were not engaged in low-skill, low-wage work, but instead titans of American industry, and powerhouses of the US economy?

We don’t have to imagine. Countries in sub-Saharan Africa are scattered with “market-dominant minorities”.

Amy Chua popularised that term in her bestselling 2004 book “The World on Fire”, which argued that the twinning of democracy and capitalism in developing countries inevitably results in turmoil and volatility.

As one example, there were 17,000 white Belgians in the Belgian Congo in the 1930s, but they effectively treated the country as an economic fiefdom. Other examples were less extreme, but no less disproportion-ate.

Colonialism left a legacy of small ethnic enclaves wielding absurdly lopsided economic clout, and it is unsurprising that African history has been chequered by tense relations between poorer majorities and richer minorities.

Perhaps the most notorious example in post-colonial Africa arose in Uganda in 1972. Idi Amin, a ruthless despot, claimed that Allah had told him in a dream to rid his nation of Asian minorities.

They had been originally brought in by British colonial officials to help build railways and comprised about one out of every 100 Ugandans, but owned nine out of 10 firms.

“We are determined to make the ordinary Ugandan master of his own destiny, and above all to see that he enjoys the wealth of his country,” Amin said.

“Our deliberate policy is to transfer the economic control of Uganda into the hands of Ugandans for the first time in our country’s history.”

About 6,000 firms and agricultural enterprises were confiscated and reallocated by the Ugandan government. Some went directly to Amin’s regime under the control of the state-owned Uganda Development Corporation.

Surprisingly, this type of xenophobic populism isn’t very common in Africa. Market-dominant minorities continue to exist throughout the continent. To understand why, we need to look at specific instances where politicians choose to work with, rather than against, disproportionately rich minority ethnicities within their own societies.

Abidjan, the economic capital of Côte d’Ivoire, is 3,200 miles away from Beirut. Yet roughly 250,000 Lebanese live in West Africa, with the largest bloc—around 90,000 people—in Côte d’Ivoire.

The Lebanese community is split into two major groups: long-time residents, or durables, and newcomers, or nouveaux. The former are largely the descendants of accidental arrivals, Lebanese traders who disembarked prematurely en route to South America in the 19th century.

In contrast, the nouveaux joined the community after fleeing the Lebanese civil war, 30 years ago. Separated by generations, they dominate the Ivorian economy.

Lebanese-descended Ivorians comprise less than 0.5 percent of the total population, while recent estimates suggest that they control between 35 percent and 50 percent of the commercial economy, and own an estimated 99 percent of major stores.

They also contribute some 15 percent of total government tax revenues, which would indicate that they earn, on average, well above 30 times as much as the average Ivorian.

These figures are striking, particularly given that the country has seen bouts of destabilising xenophobia directed at other communities. In fact, Côte d’Ivoire was once welcoming to migrants—particularly when migration bolstered the ruling party and helped develop the economy.

In the 1980s, then president, Félix Houphouët-Boigny’s mise en valeur policy saw immigrants invited to Côte d’Ivoire to solve a chronic shortage of farmhands in the cocoa industry, which is mostly located in the country’s western region. He counted on those same migrants to vote for his ruling Democratic Party of Côte d’Ivoire in the occasional sham election held to legitimise his rule.

The government’s policy amounted to “you farm it, you own it”, and migrants from Burkina Faso and Mali flooded into Côte d’Ivoire. By 1988 migrants accounted for a quarter of all Ivorians.

When Houphouët-Boigny died, and the economy soured as a result of falling cocoa prices, the government turned against migrants, blaming them for the country’s economic woes.

The strategy was politically expedient; the government’s biggest challenger was Alassane Ouattara, a man from northern Côte d’Ivoire who some claimed was a migrant himself. The ensuing toxic marriage of economic scapegoating and xenophobic politics spurred two tragic events: the civil wars of 2002-2007 and 2010-2011.

Why was political xenophobia in Côte d’Ivoire aimed at the numerous poor labour migrants rather than at the tiny number of ethnically Lebanese Ivorians? The reason was simple: Lebanese Ivorians play a fundamental economic role that supports the country’s development and the government’s coffers.

But critically, they also tend to avoid entering political life or crossing political elites. Other than some grandstanding and scapegoating, there has never been a political
upside to demonising the Lebanese in Côte d’Ivoire, while there is a major economic risk.

The same is not true for poor migrants whose fortunes were tied to those of Ouattara between 1993 and 2011. It really is that simple: politicians often avoid the risks of demonising market-dominant minorities simply because doing so is economically risky and unlikely to yield political rewards.

Politicians often avoid the risks of demonising market-dominant minorities simply because doing so is economically risky and unlikely to yield political rewards.

That is precisely why Yoweri Museveni reversed course in Uganda after he took over from Idi Amin and invited ethnically Asian Ugandans to return from exile–which many did in the 1980s and 1990s.

Today ethnically Asian Ugandans contribute between six and seven of every 10 shillings to government coffers in tax revenues though they comprise less than one percent of the population. Museveni calculated that the Asians would help his economic base but wouldn’t threaten his political one.

Therefore, being the quiet and politically disinterested economic powerhouse seems to be the best strategy for market-dominant minorities to avoid inviting the ire of African populists. The lesson is certainly true in Madagascar, home to 400,000 residents of the so-called Karana Indian minority, descended from traders who arrived at the island’s north-west port of Mahajanga in the 1880s. These people are effectively stateless as they are denied citizenship in Madagascar and in India, despite their long-term residence on the island.

Yet the Karana community has produced many major economic players on the island. For example, the Hiridjee family dominates Telma, one of the largest telecommunications companies in Madagascar.

Their population has not come under serious political fire from leading politicians in recent years, though popular narratives about their corruption and undue influence have percolated in popular discourse for some time.

In my many research visits to the island, many members of political elites, as well as taxi drivers, have whispered about the behind-the- scenes influence of the Karana, as though they are insidious puppet masters. But nothing like Idi Amin’s purge has ever been proposed.

Popular anger toward the community is perhaps reflected in a wave of kidnappings against them, particularly in the first few weeks of 2012.

That is the paradox of market- dominant minorities in Africa.

Uganda’s GDP per capita is around US$600 annually; Madagascar’s is under US$500, and even that of Côte d’Ivoire—a comparatively rich country on the continent—is
still only about US$1,500.

In other words, there is plenty of potential for populist anger towards the ethnic minority “haves” in countries where almost everyone belonging to the ethnic majority is a “have not”. But given the fragility of the economies they rule, and the tacit support that many market-dominant minorities provide to political leadership of all stripes in West Africa, East Africa and Southern Africa, politicians often turn their ire on their former colonisers or African migrants instead.

Yet, well beyond the rationale for political strategies that gravitate between the expediency of inclusion and the political points scored from demonising scapegoat communities, the major issue of inequality at the heart of these societies remains unaddressed.

While we must reject the politics of xenophobia and ethnic division, we must also acknowledge that market- dominant minorities are the canary in the coalmine in many societies across Africa that are far too unequal to be sustainable and stable. 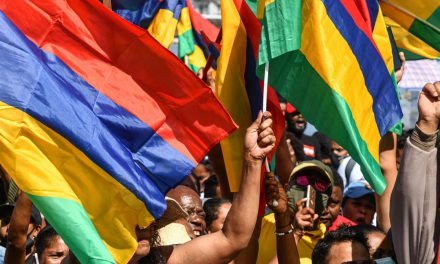