It is my pleasure to welcome you to GGA this afternoon for the launch of our book anthology, Extremisms in Africa. When I joined in 2015, there wasn’t much material in place for this, one of our core programmes. I am therefore delighted to report that, thanks to a concerted team effort, we are here, a few years down the line with Africa’s first locally produced offering on the topic.

Extremism, as defined by Ben-Dor and Pedahzur, refers to “degrees of intensity in commitment to ideologies and the willingness to make sacrifices and remain faithful to that which appears to be worthy of belief”. As such, the term can be employed to describe a range of views, from religion and politics through to sport and recreational pastimes.

We chose to steer away from the popular term “violent extremism”, as propagated in the PVE and CVE (Preventing- and Countering- Violent Extremism) literature for a simple reason. The adoption of an extremist position in itself does some violence, to varying degrees, especially when considered from a dialectical point of view that entertains all available positions rationally before reaching a conclusion. There is, of course, a substantive difference between narratival violence and the weaponry of words, and the direct violence of an event that terminates lives.

In an honest, open attempt to move away from the prevailing Global War on Terror (GWOT) paradigm, which itself is rather extreme, at a spend of $50m/day for the US alone and with limited results, we sought to adopt a different approach and a shift of mindset, which may have scope for future application.

Our introductory anthology seeks to understand the phenomenon of extremism(s) from an informed social sciences and humanities perspective, that is necessarily multi- and trans-disciplinary in nature. We have, therefore, drawn on a diverse set of strengths, embracing journalists, anthropologists, conflict analysts, security sector specialists, academics, researchers and practitioners to produce this timely volume.

I say timely, because of the general state of poor governance globally at present. At best, a questionable “tone from the top” collides with a disturbing grassroots spread in “left and right” extremist practices that encompass ethnicity, nationalism, religion and evolving domains such as cyberspace, the world of virtual reality and AI.

Indulge for me a second, for suggesting that we consider the discipline of ethology as our point of departure for framing this workshop and our debate. Ethology, or the science of animal behaviour, examines in microscopic detail the behavioural activities of various species, and behavioural ecologists aim to understand their adaptiveness or functional relevance. Scientists such as Tinbergen and Lorenz have looked at cooperation, conflict and aggression.

My point is that whatever we observe in the world around us does not happen perhazard. There are multiple reasons informing the behaviour of different humans, at various times and across markedly different contexts. I have attended several meetings recently at which followers of the Prophet Muhammad, peace be upon him, and in fact upon all of us, who express concern that in contemporary parlance extremism has become equated predominantly with Islam. Their concerns are neither unreasonable nor unfounded for, by and large, this phenomenon appears to have been interpreted reductionistically to refer to “radical Islam”.

At issue is that all religions and in fact any ideologies have elements that can be interpreted at the extremes and in radical ways. Judaism and Christianity, which started out as persecuted religions, themselves went on to have followers who persecuted others and, some might argue, have proponents who continue to do, along with members of other religions.

The 15th century conquest of the Americas is a case in point, where acts of terror and violence were dressed up as if they were acts of God. Only in 1550, did the Council of Valladolid in 1550 address this and recognise that “all humanity is one”. Various religions manifest evolutionary patterns where outbursts of violence are followed by theological refinement and a greater promotion of peace.

For this reason, our work looks at extremisms, plural. We consider various instances of extremisms comprising ethno-nationalism, such as espoused by so-called “white extremism” in South Africa, for example, although many other contexts spring to mind; and religion, where we engage extreme variants of both Christianity and Islam.

In recognition of the reality of the use of military force when all other means fail, we book-end our work with chapters on counterterrorism and military strategy. In between this, we look at popular culture, aspirations for self-determination, psycho-social support for survivors and especially children, along with analyses of the various groups operating on different parts of the African continent. In the main, these are not African extremisms but ideologies that infiltrate and permeate local contexts and promise some adaptive benefit, often financial or aspirational in nature.

Consider the notion of “endeavouring, striving, taking pain”, which, incidentally, is the etymological origin of the word Jihad, that has to be understood within the sources of Islamic teaching as well as in the lives/interpretation of individuals. When striving for good governance, in the “struggle for existence”, space is created for evil to thrive when governance fails and criminal syndication occurs, preying off – while promising to – desperate individuals and marginalised communities. A benefit of studying “divinity” in England was that all faiths were studied inclusively, under one roof. That contact between people from diverse backgrounds broke down stereotypes and negativity and promoted greater knowledge and awareness, stimulating harmonious co-existence.

We hope to have created a collegial microcosm where, for at least the next few days, we might engage together and dialogue towards creative and sustainable strategies moving forward. The first step perhaps lies in recognising our own pre-existing violence and stepping outside our comfort zones. We trust that the Chatham House Rule will facilitate this (no leaking of identity or affiliation, respecting anonymity and the confidence of the group).

Returning to behaviour, we would like to address, cooperatively, what is a difficult challenge and anticipate future trends to remain ahead of the wave. I would like to thank you all for joining us and encourage your full participation! 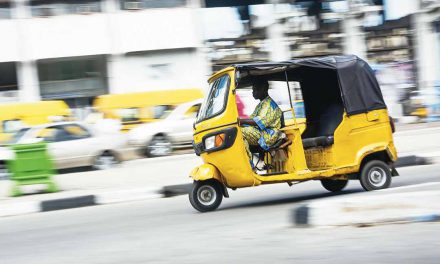 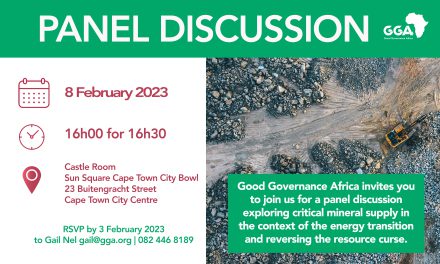