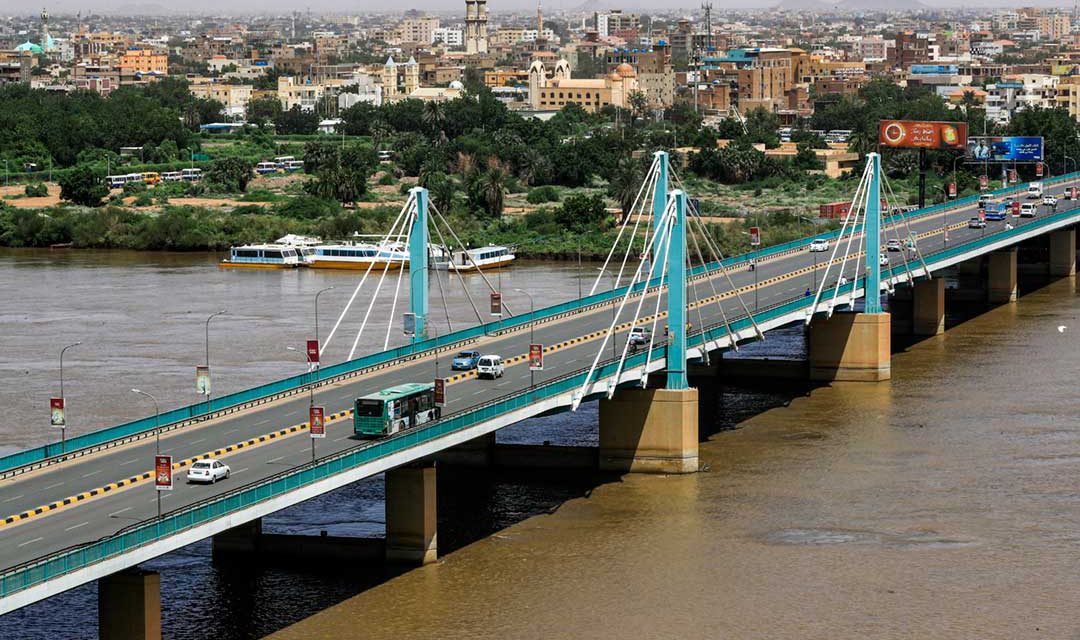 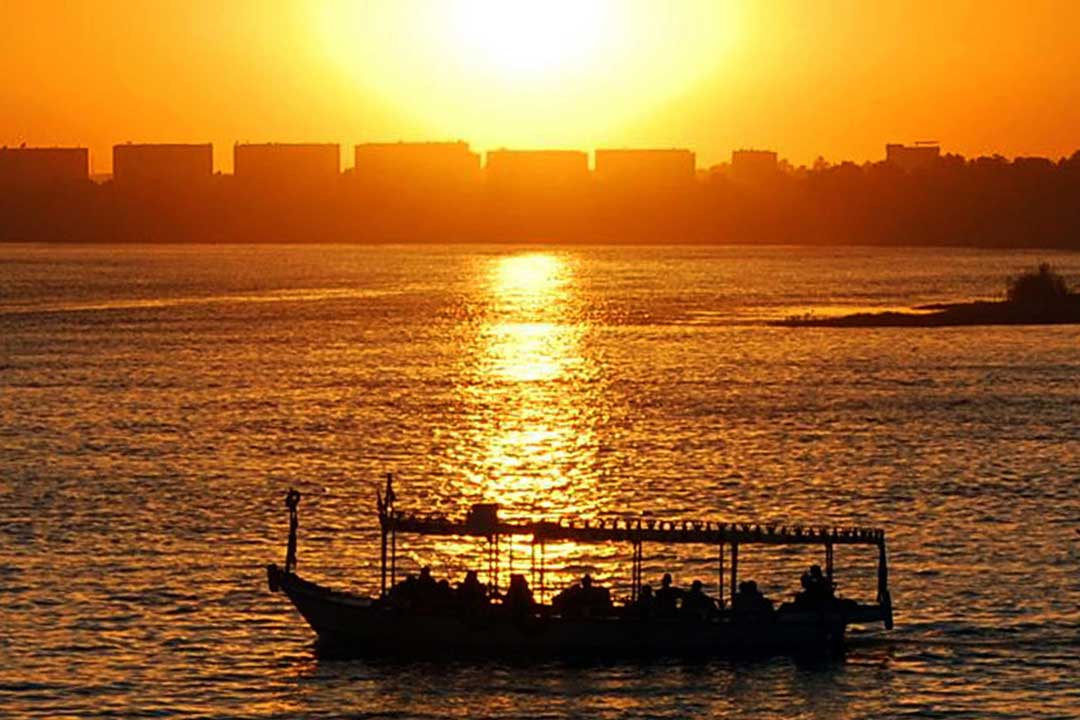 The sun sets over the Nile River in Aswan 1,000 kms south of Cairo on May 13, 2010. Four African countries signed on May 14, 2010 a new treaty on the equitable sharing of the Nile waters despite strong opposition from Egypt and Sudan who have the lion’s share of the river waters. AFP PHOTO/AMGAD FOUAD

Water is too important to fight over, but should instead be a vehicle for cooperation and nation-building

In recent years, an idea has gained ground that Africa will face conflicts over its water, or so-called “water wars”, unless it can find ways to manage countries’ control of, and access to this most vital resource. But a critical look at the actual situation shows that this claim is unfounded.

From a hydrological perspective, continental Africa is somewhat unique. Transboundary river basins, in which 77% of the population lives, cover 61% of Africa’s total surface. More importantly, transboundary rivers contain a staggering 93% of all water available in Africa.

Africa’s transboundary rivers are important. The continent has 61 river basins that cross international political borders, approximately 10% of which do not drain into the ocean. These rivers, known as endorheic, typically end up in an inland lake (such as Lake Chad) or a delta (such as the Okavango). Other continents do not have this characteristic at continental level. Some have it at a local level, such as Lake Hamun, at the terminal end of the Helmand River of Afghanistan and Iran, and the Shatt al Arab in the Tigris/Euphrates basin.

Africa is not a monolithic continent. The second-largest continent in the world, both in terms of surface area and population, it is home to over a billion people who speak a staggering 1,500 languages. It is also home to the longest river on earth, the Nile, which traverses 11 countries.

More importantly, the continent has been divided into 55 countries recognised as being sovereign by the African Union (AU). Some of these are island states such as Mauritius and Madagascar. Its mainland countries generally have borders that were created somewhat artificially, when lines were drawn on colonial maps irrespective of the cultures, languages and national identities that they brought together or divided.

However, when looking at the continent from the perspective of power and organisation, it is best to think of it in terms of regional groupings. In his regard, there are three significant groupings: the 16-country Southern African Development Community (SADC) in the south; the six-country East African Community (EAC) in the east; and the 15-country Economic Community of West African States (ECOWAS) in the west. Notably absent are groupings in central and north Africa.

Together, the three groupings provide some degree of supranational organisation for 37 of the 54 countries. Economic trade is relatively coherent within each grouping, and this is generally supported by the legal frameworks needed to promote commerce and regional development. 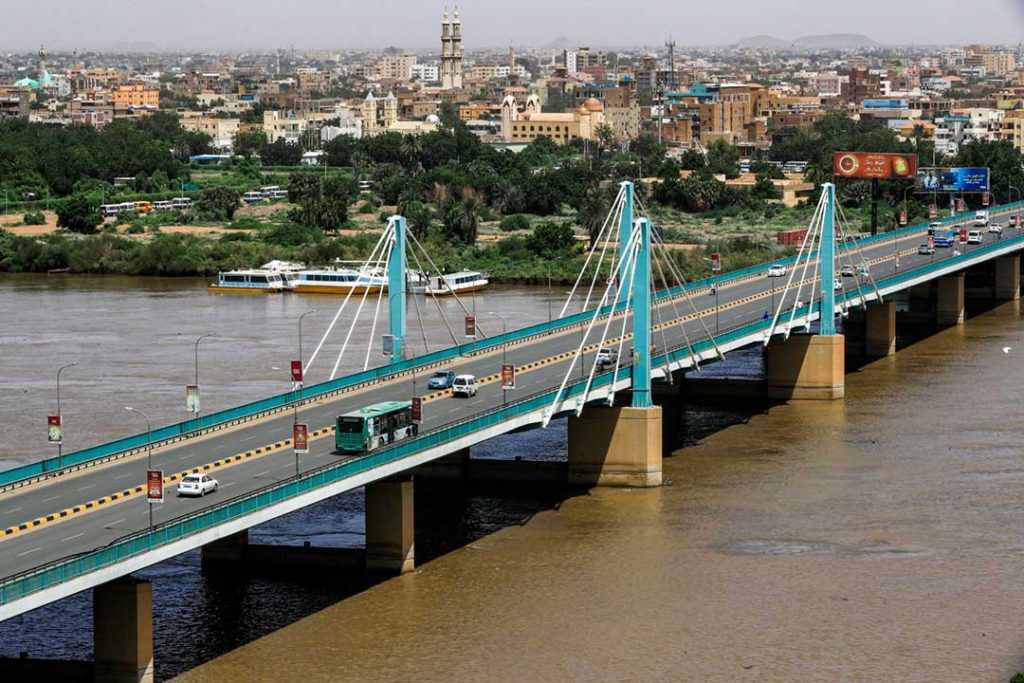 This picture taken on September 21, 2021 shows a view of the Mek Nimr Bridge across the Blue Nile river, linking the centre of Sudan’s capital Khartoum with the adjacent city of Khartoum North (background). A coup attempt in Sudan “failed” early on September 21, state media reported, as the country grapples with a fragile transition since the 2019 ouster of longtime president Omar al-Bashir. ASHRAF SHAZLY / AFP

In terms of water-resource management, the most constrained part of the continent is the north, which also has no significant supranational structure to facilitate cooperative responses. Conversely, the most water-abundant region is in the centre of the continent, which coincides with the geographically large Democratic Republic of Congo (DRC) – though it is arguable that the country has the weakest technical and institutional capacity on the continent to develop the resource.

Africa’s most robust water-resource management framework is the SADC Protocol on Shared Watercourses. This is a core piece of legislation, on which the entire SADC experiment has been predicated in the same way that the European Union was originally founded on the desire to cooperatively manage iron and coal.

However, neither the EAC or ECOWAS is structured in the same way. They also lack a common legal framework for water-resource management beyond international law enshrined in the UN Convention on the Non-Navigational Uses of International Watercourses, which came into force on August 17, 2014. While Africa is not monolithic, the fact that 37 of its countries are active participants in supranational structures is deeply encouraging.

The concept of a “water war” was first mooted in relation to the Nile, which is not part of any regional grouping. In Roman times, a link was established between the river as a symbol of national identity and its significance as a critical resource, sustaining livelihoods in a desert. This notion was given additional impetus when Britain, at the zenith of its colonial power, unilaterally allocated all of the water in the Nile to the two downstream countries, Sudan and Egypt, in the 1929 Nile Waters Agreement.

This doomed all the other countries with banks on the Nile to perpetual poverty. Currently, many of the poorest nations on earth are located in the upper Nile basin. This agreement was strengthened in 1959 on the basis of a legal principle known as the Harmon Doctrine, which had its origins in the Colorado River dispute between the USA and Mexico.

At the international level, the Harmon Doctrine replicated the American legal principle of the transferability of water rights from an older legal user to a newer legal user. This rights-based approach effectively perpetuated the inequality that arose from the allocation of water. This problem becomes more acute when the specific system in which the right is embedded is over-allocated.

The Harmon Doctrine is also known as the principle of prior appropriation, which is highly relevant to the wording of the title of the 1959 Nile Waters Agreement, which included the words “full utilisation”. In essence, Egypt invoked the prior appropriation concept by stating that the Nile waters were fully utilised, effectively closing the door to any subsequent request for a reallocation of water to countries upstream.

When Julius Nyerere led Tanzania to independence in 1961 he immediately invoked what has become known as the Nyerere Doctrine by showing that a subjugated nation cannot be expected to honour international agreements entered into by former colonial powers without the consent of the governed. This opened the door to a possible future renegotiation of the water allocation in the Nile, but that has vociferously been countered by Egypt.

It was in this context that three prominent Egyptians spread the water-war meme. In 1979, President Anwar Sadat noted that the only reason for a future war would be water. This was echoed in 1988 by Boutros Boutros-Ghali, an Egyptian diplomat. And Ismail Serageldin, a World Bank executive, used the same logic in 1995.

The weight of these combined voices served to render the Nyerere Doctrine unrecognised until Sudan was partitioned in 2011, and South Sudan realised that its economic future lay more in cooperation with Ethiopia than Egypt. In 2015, the Cooperative Framework Agreement (CFA) was signed, effectively bringing the Nyerere Doctrine to its logical outcome: that the legitimacy of international agreements is vested in the consent of the governed.

This has allowed countries along the upper stretches of the Nile to engage. With that, the relevance of the EAC has been elevated by virtue of the fact that many of these countries are also members of the EAC.

The allure of the simplistic “water wars” narrative has spawned a number of empirical research initiatives, such as the Peace Research Institute of Oslo (PRIO) and the Transboundary Freshwater Dispute Database (TFDD) at Oregon State University. Collectively, these substantial databases have shown us that water scarcity exacerbates existing tensions, but is unlikely to cause a war over water.

Our focus thus shifts from international conflict as a war between two sovereign states, to sub-national conflicts understood as tensions driven by loss of livelihoods due to increased scarcity of water. The reason is simple:  a state has more resources available than an individual. A farmer who loses his livelihood as a result of water scarcity is more likely to resort to violence than is a government. This simple but powerful truth needs to be internalised by policymakers as they grapple with the challenge of water scarcity.

Water is far too important to fight over. Indeed, it is an ideal vehicle for cooperation and even nation-building. To do this effectively, governments need to encourage technological innovation and financial investment in the water sector.

Most importantly, institutions need to be strengthened at municipal, national and international levels. The latter has mostly been taken care of in Africa, so it is the former two levels – most notably at municipal level – where attention now needs to be focused. 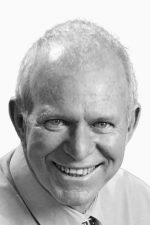 Anthony Turton is a professor at the Centre for Environmental Management, University of Free State. His work on water as a risk and opportunity grew out of his role as a senior intelligence officer in the South African Secret Service (SASS). He serves on the editorial board of various international publications, including Water Policy, the official journal of the World Water Council. He has previously served as executive director, and later vice president of the International Water Resource Association (IWRA), as well as a deputy governor of the WWC. His current work focuses on the water crisis in South Africa. He has been awarded the Royal Bank of Canada visiting scholarship to the University of Waterloo in Ontario, Canada for 2017/18. 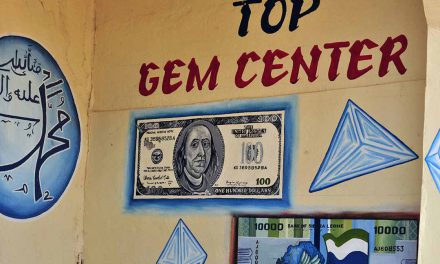 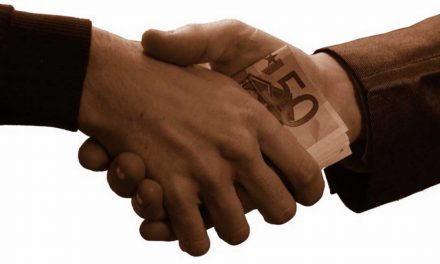 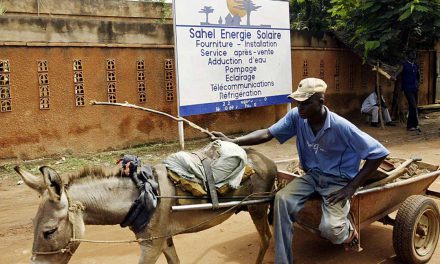 Towards sustainable energy in Nigeria and west Africa