Unable to achieve their political objectives by peaceful means, African national liberation movements took up arms to compete for power militarily. Freedom fighters aligned with the Soviet Union, such as the Zimbabwe African People’s Union (ZAPU), sought to acquire large-scale offensive weaponry for their armed wings. Other groups that adopted the Maoist doctrine of guerrilla warfare, such as the Tigrayan People’s Liberation Front (TPLF) and the Zimbabwe African National Union (ZANU), initially opted for insurgency and sabotage, but recognised that as the conflict evolved, they would need to prepare for conventional warfare.

In both cases, the act of taking up arms endowed revolutionaries with a sense of righteousness, while military training drilled into them discipline and a respect for hierarchy. The heat of battle further strengthened personal ties between comrades in arms, as acts of bravery and brutality alike solidified their loyalty. However, unity on the battlefield also put soldiers at odds with civilian leaders, who often regarded military operations as a tactic to force their opponents to the negotiating table, rather than the sole path to victory.

Civil-military relations evolved further as African national liberation movements adapted to the act of governing. This required politicians to respond both to popular expectations of inclusive development and pressure from the ranks to share the spoils of war. The latter made demobilising armed wings a risky gambit, lest freedom fighters leverage the abundance of small arms and disgruntled men to foment fresh rebellions against the state. Indeed, while some new governments offered veterans a retirement bonus in exchange for their loyalty, security concerns led other regimes to upgrade their armed forces. 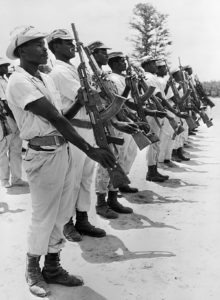 When Zimbabwe attained independence in 1980, Prime Minister Robert Mugabe viewed apartheid-era South Africa as a threat to stability, and good cause to invest in defence. Mugabe also used the reorganisation of the armed forces as a means to neutralise potential rivals in ZAPU and the Rhodesian security apparatus. Mugabe integrated ex-combatants from all sides into a new Zimbabwe National Army (ZNA) with the support of a British military advisory and training team. Four new ZNA brigades were formed by merging battalions from ZANU’s armed wing, the Zimbabwe African National Liberation Army, ZAPU’s units, the Zimbabwe People’s Revolutionary Army, and the Rhodesian Security Forces. In theory, instilling professionalism in the ranks should have kept the military out of politics.

Instead, Mugabe “embraced violence as a pillar of governance”, argues Professor Sabelo Ndlovu-Gatsheni of the University of Bayreuth in Germany in his 2015 book Mugabeism? History, Politics and Power in Zimbabwe. Central to this was Mugabe’s decision to establish a separate fifth brigade reporting directly to him and trained by North Korean military instructors. The unit’s nickname, Gukurahundi, became synonymous with its indiscriminate attacks on suspected ZAPU “dissidents” and the anti-Ndebele pogroms it perpetrated between 1982-87. The act of committing such atrocities can only have served to strengthen the bond between these men and bound them to Mugabe in the short-term. Yet it also emboldened the top brass, raising questions as to whether the party controlled the gun, or vice versa.

Zimbabwe’s decision to send troops to the Democratic Republic of Congo (DRC) in 1998 owed as much to Mugabe’s loyalty to President Laurent Kabila as it did to Zimbabwean generals’ lust for mineral wealth. The war proved costly to fund, however, and prompted Zimbabwe’s western and multilateral partners to suspend development assistance. Rampant war profiteering benefited a small clique of generals and ZANU-PF elites, while leaving Mugabe to pick up the bill. He was also forced to make concessions to the Zimbabwe National Liberation War Veterans Association, which looked on as the officers got rich. Unbudgeted payments to fund the war and payouts to veterans were funded by printing money, stoking inflation and upending the economy. Veterans seized on the government’s weakness, invading white-owned farms, decimating agricultural exports and igniting a political crisis.

The militarisation of Zimbabwean politics only grew as the years passed, with retiring officers securing posts on the ZANU-PF politburo, winning election to parliament, or being awarded sinecures in state-owned enterprises. Indeed, during a 2016 visit to Harare, Professor Hasu Patel, a former ambassador who lectures at the University of Zimbabwe, warned me that an understanding of “Zimbabwe’s civilian-military nexus is crucial to understanding politics”. The following year, officers implicated in the Gukurahundi atrocities and Congolese looting orchestrated Mugabe’s downfall in what their spin doctors dubbed a “military-assisted transition” in a bid to sanitise a coup d’état.

The generals launched Operation Restore Legacy due to their “disgruntlement with Mugabe’s downgrading of 1970s liberation struggle actors and ethos in ZANU-PF; Mugabe’s weakening authority; the political aspirations of some generals; and insecurity in the military’s upper ranks caused by conditions of precarious tenure and fear of criminal prosecution”, argues Professor Blessing-Miles Tendi at the University of Oxford in a 2019 article for the journal African Affairs. However, he notes that the catalyst was Mugabe’s refusal to meet with the generals on 13 November 2017, which prompted defence forces commander General Constantino Chiwenga to issue an unprecedented public criticism of the president. Chiwenga was appointed as vice-president of Zimbabwe after helping to install Emmerson Mnangagwa as Mugabe’s successor.

In Ethiopia, by contrast, the military plays an important but less salient role in politics, thanks largely to decisions taken by the TPLF early in its tenure. Upon vanquishing the Derg regime and seizing power in 1991, the TPLF and its allies in the Ethiopian People’s Revolutionary Democratic Front (EPRDF) opted to disband the Derg’s army, replacing it with its own men. This would have been a risky step if the Derg forces had been committed soldiers rather than press-ganged youth, but many conscripts were happy to lay down their arms and return to their families. 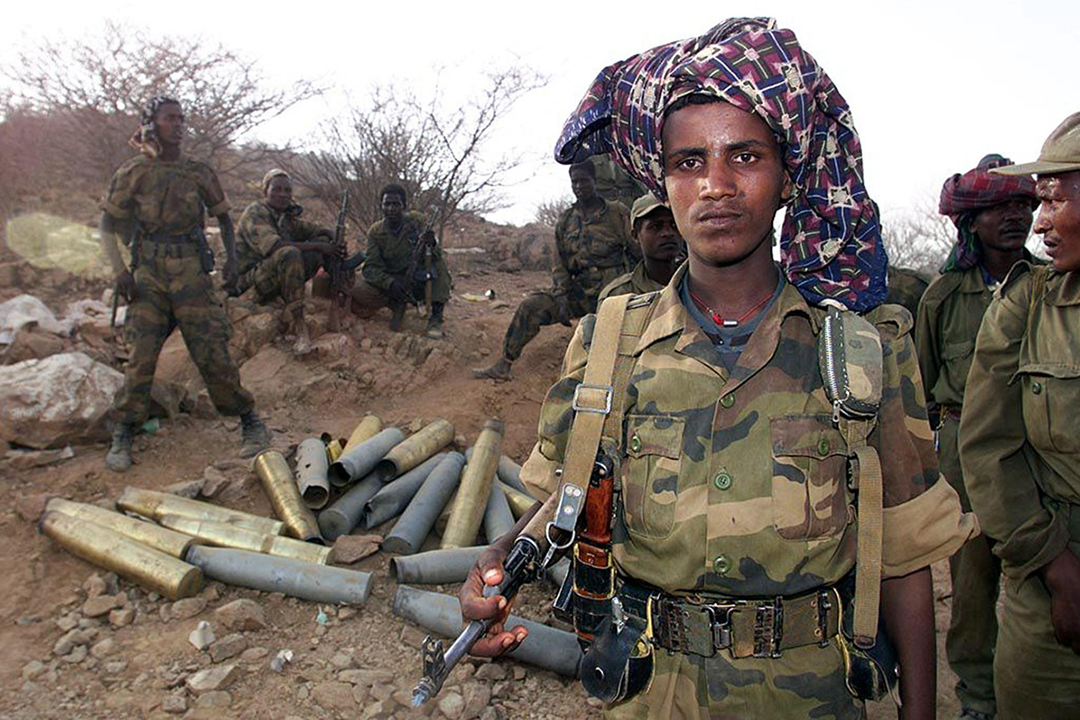 Ethiopian soldiers pose 19 May, 2000 on the road 14 km outside Barentu, an Eritrean town that they took on 18 May.  Photo: Alexander Joe / AFP

Like the ZNA, the new Ethiopian National Defence Force (ENDF) benefited from extensive military training by western instructors. However, Prime Minister Meles Zenawi never moved to create a special unit loyal to him, as Mugabe had in Zimbabwe. Instead, the entire ENDF was expected to adopt the EPRDF’s ideology of “revolutionary democracy”, according to a 1993 party document analysed by John Markakis in his 2011 book Ethiopia: The Last Two Frontiers. This policy persisted in spite of members of the armed forces being barred from exhibiting political partisanship under the 1994 constitution. Moreover, TPLF fighters dominated the top echelons of the ENDF officer corps, accounting for 46 of the 100 top generals as late as 2017, a former UK defence attaché told me on the condition of anonymity.

Ethiopians politicians granted the generals access to the spoils of war, albeit in a more restrained manner than in Zimbabwe. While Ethiopian military manoeuvres in Somalia and peacekeeping operations elsewhere on the continent led to generous per diems, the ENDF was never granted the same looting opportunities as the ZNA. Rather, the officer corps was kept onside through preferable treatment for its Metals and Engineering Corporation (MetEC), which was contracted for the Ethiopian Renaissance Dam and other major projects.

This civil-military pact helped to guarantee stability during the TPLF’s dominance, but extended protests in Oromia eventually heralded a transition in 2018, with the EPRDF installing Abiy Ahmed as prime minister. Although Abiy had served in the ENDF between 1993-2010 and speaks fluent Tigrinya, he struggled to secure the loyalty of TPLF-dominated security services, which have attempted at least one putsch and were rumoured to be behind a June 2018 assassination attempt. In response to that threat on his life, Abiy established a dedicated Republican Guard, responsible for defending the constitutional order, though he has not turned them on his own people as Mugabe did. Nevertheless, Abiy has been drawn into a major domestic conflict with the TPLF after the party refuted the federal government’s legitimacy when national elections were postponed due to the COVID-19 pandemic last year. In November 2020, the prime minister launched military operations in Tigray Province to free the army’s Northern Command, which the TPLF had captured in a pre-emptive strike.

Such episodes illustrate that neither Ethiopia nor Zimbabwe have been able to avoid the militarisation of politics, highlighting the importance of national liberation movements in post-conflict governance. Toxic civil-military relations will continue to undermine political stability unless ruling parties commit to constitutional safeguards which keep soldiers in the barracks, rather than allowing them to enter politics or do business with the state. In this regard, South Africans are fortunate that the ruling African National Congress has respected provisions of the 1996 constitution that bar members of the armed forces from political party membership. This forced former freedom fighters to choose between military sinecures and politics in a way they were never required to in Ethiopia or Zimbabwe. In South Africa, for now at least, formal state structures override chains of command established in the bush. 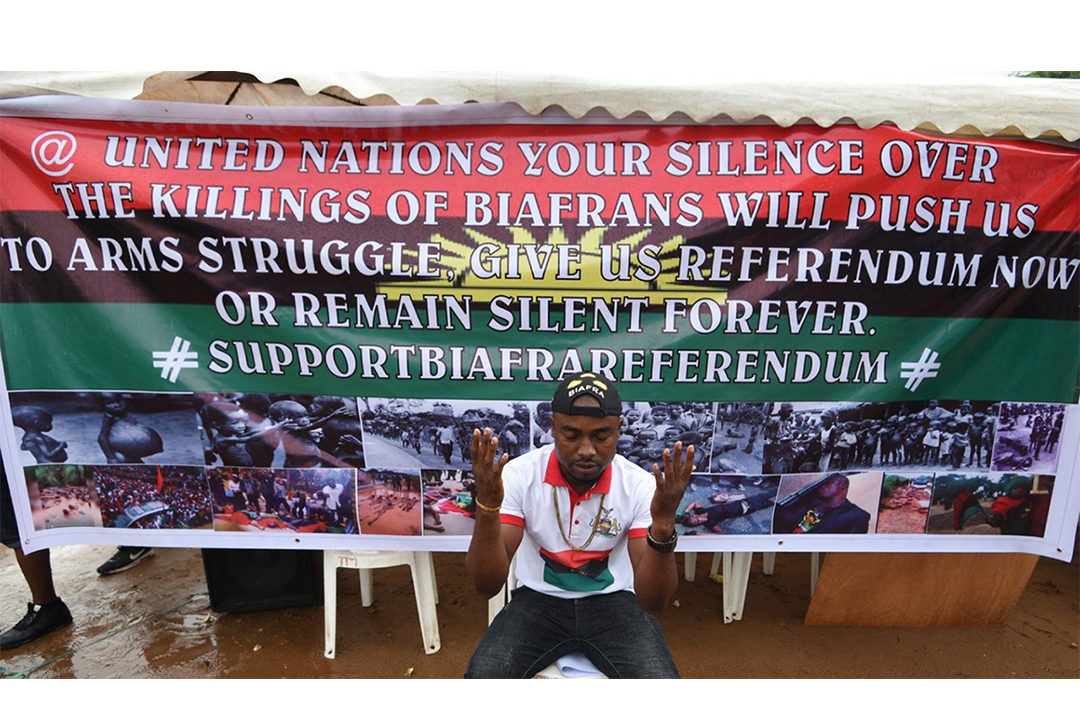 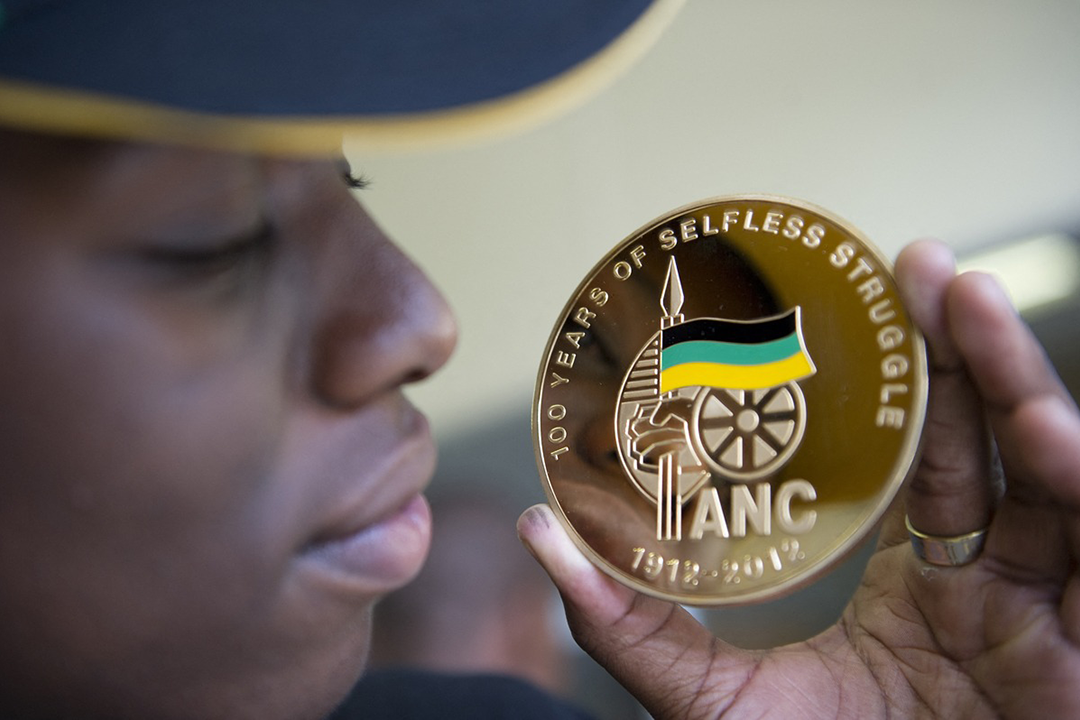 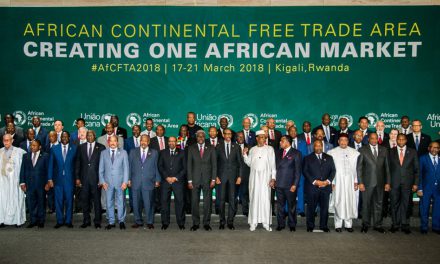