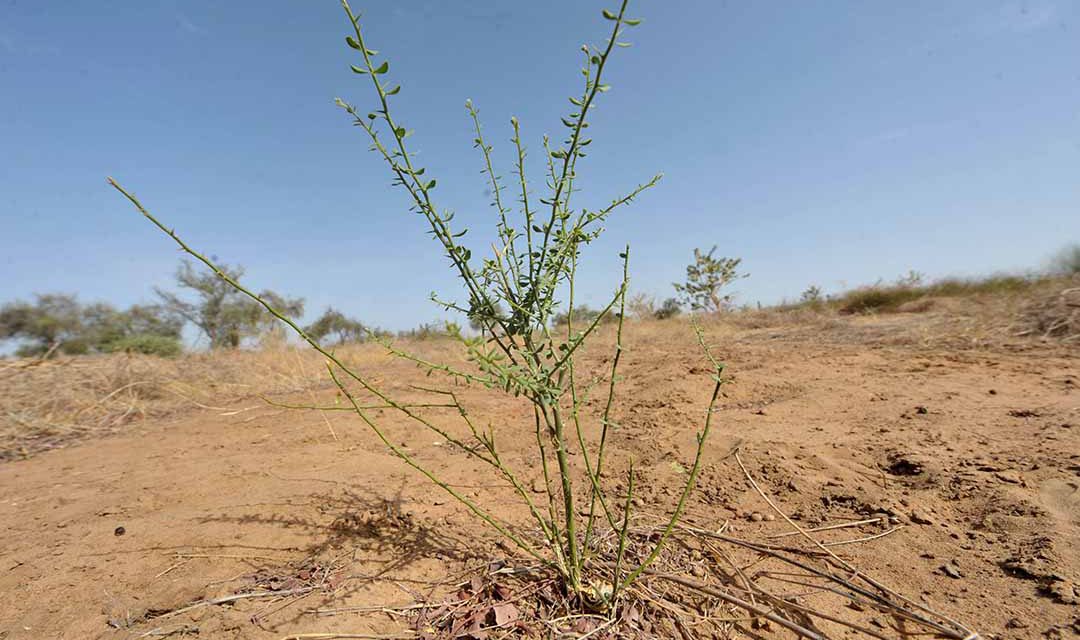 The African Union’s ambitious plans to revitalise the Sahel region face daunting challenges, including financial fallout from the COVID-19 pandemic 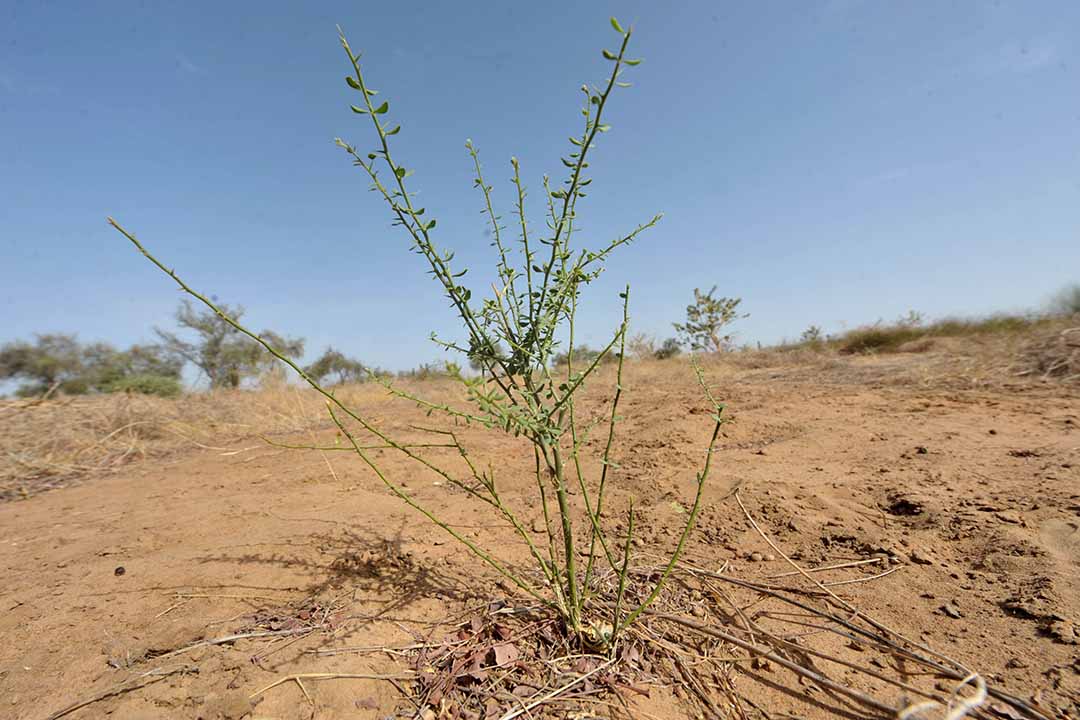 It is a project that doesn’t lack ambition. The African Union’s Great Green Wall Initiative (GGWI) aims to create a new living world wonder, an 8,000 km tree line across the 21 countries in the Sahel region of Africa. A project this size needs the funding to match and so far, more than $8 billion has been pledged. But conflicts, capacity, direction and ensuring capital remain huge challenges standing in the way of the GGWI. This has led the initiative to refocus away from merely planting trees to developing climate-resilient communities that will be protected from droughts, famine, conflict and migration, restoring degraded land to provide food, jobs and other products that people can use to make a living.

“Planting trees just to restore the land is not the right methodology and this is why we’re looking at income generation as a key aspect,” said Camilla Nordheim-Larsen, programme coordinator at the United Nations Convention to Combat Desertiﬁcation (UNCCD). “The communities need to have a reason to take care of these trees, whether it’s to use or sell products coming from  the trees or an agro-forestry project, or being able to sell carbon credits, for example,” she says, explaining the GGWI’s new direction.

The project’s aims, however, are vast in terms of land restoration, carbon offsetting, beneﬁciaries, and the number of trees planted by the end of this decade, with progress on many targets stalled and hovering around the 15 to 18% mark. Completion within the decade is ambitious, but Nordheim-Larsen remains conﬁdent the initiative can achieve its  goals  on time, which under the UN’s Sustainable Development Goals (SDGs) is 2030.

Nordheim-Larsen’s optimism is based on her belief that a signiﬁcant increase in investment, from a variety of different sources, both public and private, could make a drastic difference to the funding gap and help to upscale projects. However, Elvis Tangem, coordinator for the GGWI at the African Union Commission, is less optimistic about that date, which he sees as a UN rather than African Union (AU) target.

“Most of the programmes of the UN are based on the SDGs [for 2030], but for the African Union we have Agenda 2063,” Tangem says. “As far as achieving it by 2030, it’s very, very unlikely. We did an extrapolation and we looked at the possibility of attaining that objective by 2030, but we had to be restoring almost 2.5 million hectares of land a year, which is not possible… with the ﬁnancial and resources situation [as it is] we cannot say it can be achieved in the next 10 years. When you look at Agenda 2063 it’s more realistic, as we’re talking about restoring less than one million hectares of land a year.”

The GGWI is led by the AU, with the World Bank, UN, European Union and Global Environmental Facility (GEF) as its main funders. Another revenue stream UNCCD is trying to tap is private funders and it supports projects that make the GGWI self-funding by producing products that can be sold on international markets such as oil from the moringa tree, baobab and superfoods type of products, and shea butter. Tangem claims there are as many as 27 products and commodities that could be sold on international markets in the GGWI to beneﬁt communities, in addition to eco-tourism.

Although exploitation of such commodities and eco-tourism, along with addressing climate change, are all issues that may seem to be more of a focus of the western or developed world rather than the countries of the Sahel, Nordheim-Larsen is keen to emphasise the initiative is not being donor-led but was started in the region; the project ultimately builds on the vision of late Burkina Faso President Tomas Sankara. 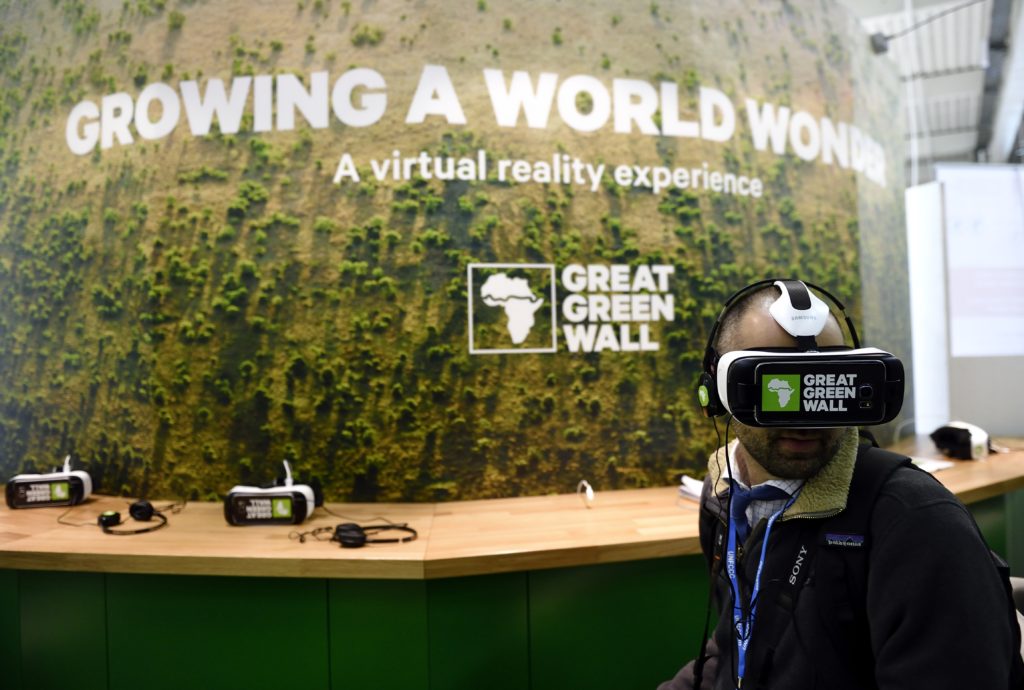 A 3D movie about the Great Green Wall at the Chad stand at the COP21 UN conference on climate change in Paris, 2015 Photo: Eric Feferberg / AFP

“It started with African leaders and was adopted by African leaders in 2007 [after the idea was conceived in 2005] with no push from donors. We’ve come much later to try and support the initiative,” she says. Now, though, the main concern facing the GGWI is funding and searching for different revenue streams, the most signiﬁcant of which would be carbon offsetting. “The potential carbon sequestration that this project could generate would have global beneﬁts,” adds Nordheim-Larsen.

“There’s been interest from many companies in terms of offsetting projects in the region. At the moment there’s not a lot, but there’s some with the potential to be upscaled, both agroforestry and in the renewable energy sector.” Those companies include carbon polluting giants such as BP and Shell, who are believed to be very interested in offsetting through the GGWI, which could offset up to 500 gigatonnes of carbon emitted into the atmosphere, says Tangem. But private ﬁnancial interest is not limited to the globe’s big polluters.

“During UN Secretary-General Antonio Guterres’ climate change summit in September [2019], we had serious engagement with companies like Timberland, who were ready to invest a good chunk of their corporate social responsibility funds in the Great Green Wall,” he adds. The recent coronavirus pandemic, though, has already begun to have an impact on this funding of the GGWI, as Tangem explains: “We successfully raised €1 million for the locust issue in the Horn of Africa, but because of Covid that money was diverted into supporting these countries to buy facemasks and sanitisers.”

This has not been a one-off issue as following last September’s UN Climate Summit in New York, the Great Green Wall has made engagements with both the public and private sector in the pursuit of additional funding that Tangem claims were successful. “We had many other pledges from private-sector partners, big and small, but many of them have withdrawn because they need to take care of their workers and help their investors during this Covid time when everything is shut down. But we are very conﬁdent that between 12 and 15 months down the line we will come back and have the support because these engagements are there,” he says.

Besides the ongoing coronavirus pandemic, the GGWI has faced several other problems, as can be expected with a project of this size, the most serious of which is security. Extremists, traffickers and terrorist organisations are all operating in various countries of the Sahel where the GGWI has been working, forcing them to retreat. “Burkina Faso, for instance, was one of our best and most successful practices, but we had to abandon about 60% [of our work] because of the security issues. We abandoned most of the areas that were being intervened in Mali, such as Timbuktu.

These are key areas but we had to abandon [them] because of security issues. In Nigeria, Niger, Cameroon and Chad as well,” says Tangem. These are all issues that simply weren’t there, certainly on this scale, in 2005 when the programme started. In addition, Somalia forms a large part  of the initiative’s strategy, but the GGWI is unable to operate there because of extremist organisation Al-Shabaab. Not only are these groups having a disastrous impact on the ground on the GGWI’s ability to carry out its programmes, but they have also discouraged funders, says Tangem, although he also points out that countries that are more secure have demonstrated more long-lasting results.

Ethiopia, for instance, has managed to restore 15 million hectares of degraded land. One other challenge facing the GGWI is a need to upscale domestic investment and unlock further ﬁnances from the Least Developed Countries Fund (LDFC), as it cannot rely solely on development aid, something about which both Tangem and Nordheim-Larsen agree. But, as Tangem points out, he accepts there is a domestic shortfall in funding, while many of the fund’s beneﬁciary countries are dealing with more pressing short-term issues than land restoration. The security issues detailed are the most pressing of these, though as Covid-19 continues to eat into the budgets of GGWI’s biggest funders, such as the World Bank and EU, it may well, at least in the short-term, fall to second behind ﬁnancing. 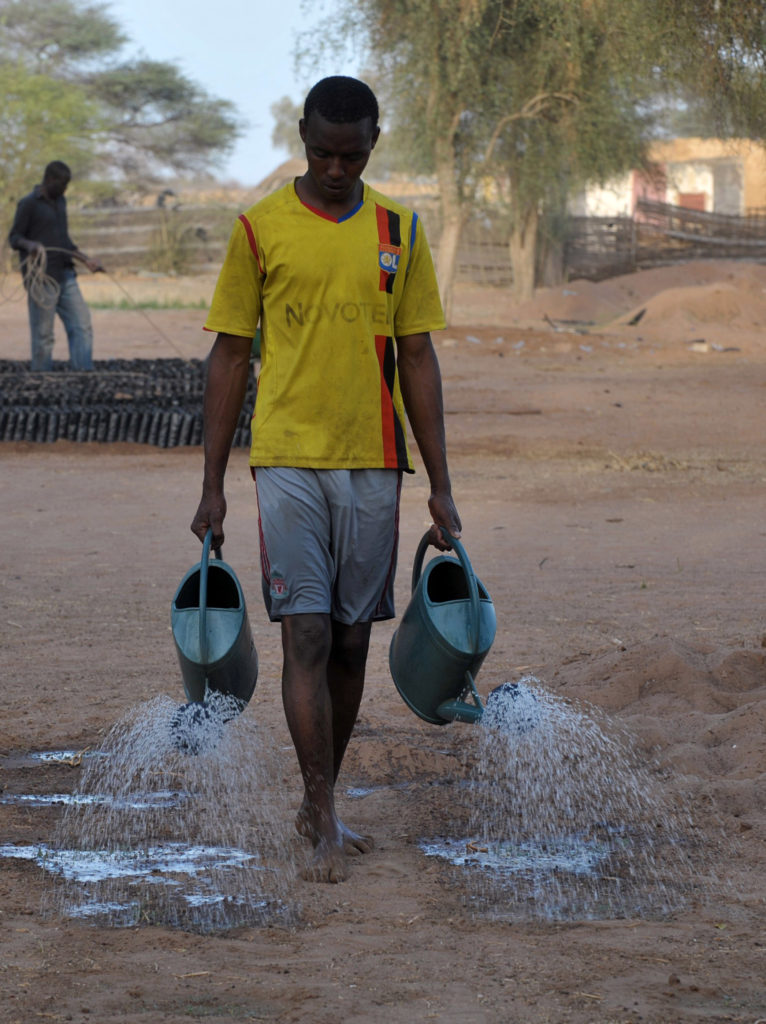 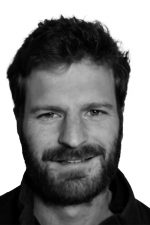 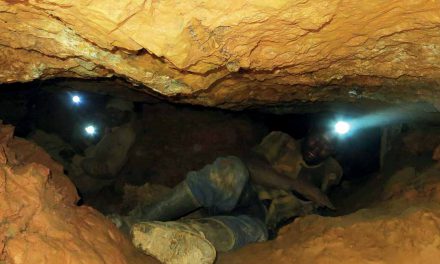