Nigeria, Africa’s largest economy, plans to double its foreign direct investment (FDI) by removing impediments to investment, but this may be a tall order

Within the first nine months of his administration Nigerian president Muhammadu Buhari has travelled 26 times to 23 countries. His incessant foreign travels have attracted many comments from the nation.

In March, a poster from a 2003 election campaign emerged in which Mr Buhari promised not to “spend over 110 days in a year globetrotting”. It was a jab at former President Olusegun Obasanjo, who at the time faced crushing criticism for his many trips.

Yet, thirteen years later, Mr Buhari— like Mr Obasanjo a former general—is being denounced for the same travel habit. Critics say the 73-year-old president should stay home instead, to deal with a severe economic crisis. His government says the central plank of the trips is to attract foreign investment— the same reason Mr Obasanjo gave.

“You do not run a country by being isolated,” Information Minister Lai Mohammed told journalists on February 17th this year at the presidential villa in Abuja. He added that it was important that the president be seen in various international contexts because before now, Nigeria was “almost a pariah state”. The country’s association with issues of terrorism and corruption was driving investments away, he said.

Nigeria’s economic growth last year hit a 16-year low of 2.8%, according to the IMF, with an $11 billion budget deficit projected for 2016 and an acute foreign exchange shortage caused
by sustained low oil prices. Foreign direct investment (FDI) into Nigeria plummeted from a peak of $8.9 billion in 2011 to $3.4 billion in 2015, according to the Global Investment Trends Monitor of the United Nations Conference of Trade and Development (UNCTAD).

Most FDI in Nigeria has gone to the oil and gas sector, according to Nigeria’s National Bureau of Statistics. But with the collapse of oil prices and loss of billions of petrodollars, Nigeria is now seeking to improve its business outlook and address more complex factors that kept investors away in the past.

Nigeria aims to attract between $10 billion and $20 billion in FDI a year, according to trade and investment minister Okechukwu Enelamah. That sets the bar far higher than the $3.4 billion invested in the country in 2015, according to the UN Global Investment Trends Monitor.

“We are working with foreign investors proactively and we’re also trying to bring them in as part of the foreign exchange supply problem,” Mr Enelamah told Bloomberg in February.
He says that range of FDI is the minimum Nigeria needs going forward. But analysts counter that Mr Buhari has yet to formulate clear economic policies, and that his clearest response to the crisis has been to travel abroad.

The Buhari government has been clear on its intentions with regard to the Boko Haram crisis as well as its anti-corruption effort, says Malcolm
Fabiyi, who coordinates the Governance Accountability Initiative of Nigeria (GAIN) poll, and has served as a visiting professor at Lagos Business School. “The lack of clarity is only in the economic sphere,” he says.

The World Bank’s Doing Business 2016 report ranks Nigeria at 169 out of 189 countries in terms of ease of doing business, a drop of 30 places since 2005. Issues such as access
to electricity, poor enforcement of contracts and difficulties with cross- border trading contributed to the poor score, which measures the ease of starting and operating a firm.
Mr Buhari has said his government will address deficiencies in power, transportation and in other areas. In December last year the president said he would unveil policies to ease the challenges of doing business in Nigeria but these are also still to appear.

“All impediments like delayed processing of permits, multiple taxation and corrupt practices would be removed,” he said in Doha, Qatar, at a February 29th meeting with prospective investors from Qatar’s Chamber of Commerce. But details on these matters have yet to be provided.

Vice President Yemi Osinbajo says the administration will work with the World Bank to improve Nigeria’s Ease of Doing Business ranking within 18 months. Mr Osinbajo, who heads the government’s economic team, said the administration’s seriousness could be seen in its decision to allocate 30% of Nigeria’s $32.8 billion budget in 2016 to infrastructure—the highest in two years.

Previous FDI targets have failed. The target for 2013 was $16 billion, for instance, but the government only realised $5.6 billion of that, according to the UN.

The result is a large gap between the legal framework of the constitution and its implementation.

“There is nothing wrong in aspiring. But there is a difference between aspiration and reality,” said Nwakanma Chinaecherem, chairman of the council of Nigeria’s Chartered Institute of Financial and Investment Analysts. “When it comes to FDI, every country is competing and investors will always direct their funds to places with high return and minimal risk.”

Mr Buhari, who finally named his cabinet some five months after taking office, says his government is now focused on revamping the country’s agriculture and solid minerals sectors.

“With the downturn in the global prices of oil, we now have to prospect our solid minerals. We have to return to agriculture,” he told the Council of Saudi Arabia’s Chamber of Commerce
and Industry in Riyadh in late February. “We will welcome investments in these areas. We will appreciate an inﬂow of more resources and expertise to help
us achieve our objective of economic diversification.”

Meanwhile, Nigeria’s foreign exchange crisis may have grim implications for FDI into the country. The government has pegged the naira’s official rate at 197 against the dollar, but in February the currency plunged to an unprecedented 400 on the black market. To protect local industry and stave off inﬂation, which is already
choking businesses, imports and foreign exchange have been restricted.

Despite the setback, Mr Fabiyi, a former management consultant with McKinsey & Company, said the government could take advantage of the crisis to rebuild neglected infrastructure and secure foreign investment and exchange at the same time. To address the country’s shortfall of 20 million houses, for instance, and draw in foreign investment, the government could aim to build 10 million housing units within the next 10 years, he said.

A fund could be established, to which equity in the form of 10 million plots of land would be transferred. At about $10,000 per plot, this would amount to about $100 billion. Homes built on the plots would add further value—he estimated between two and three million naira per home—which would raise the total value of the fund to between $200 and $300 billion. Any overseas subscription to the fund—he estimated between $100 and $200 billion—would yield “immediate foreign exchange” for the country.

Mr Chinaecherem says the government should focus on agriculture and manufacturing, on combatting private sector corruption and on creating policies that assure foreign investors. “There must be economic agents and individuals ready to partner foreign investors in a way that foreigners would be assured they won’t have their fingers burnt,” he said.
Without them, the government’s hope of doubling FDI into the country is mere wishful thinking. 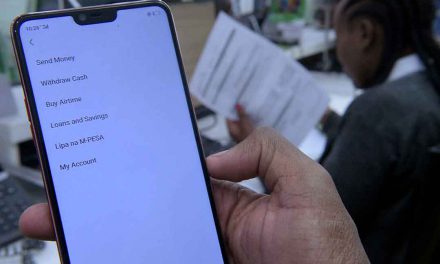 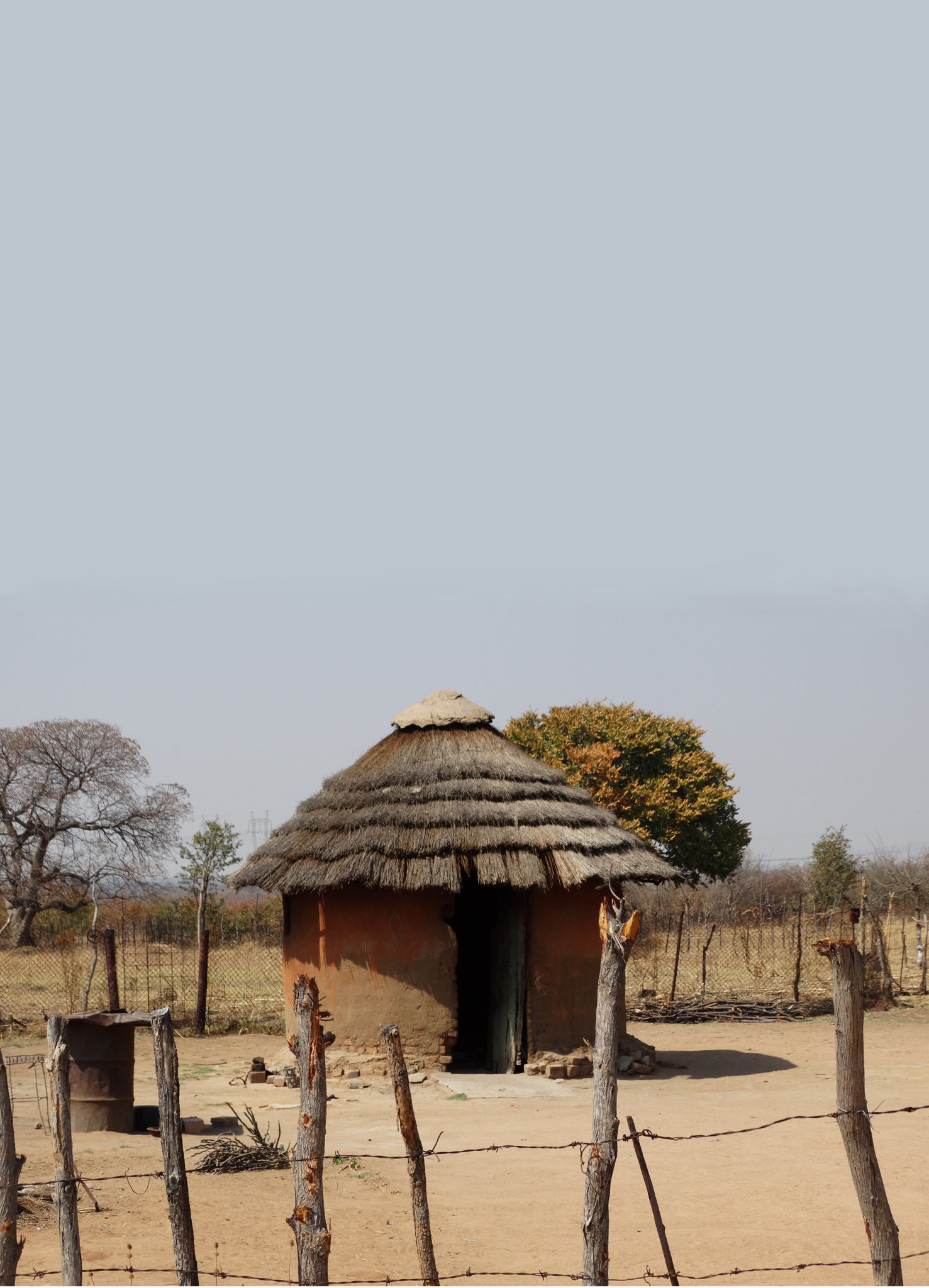