Fair’s fair: giving the AU its due 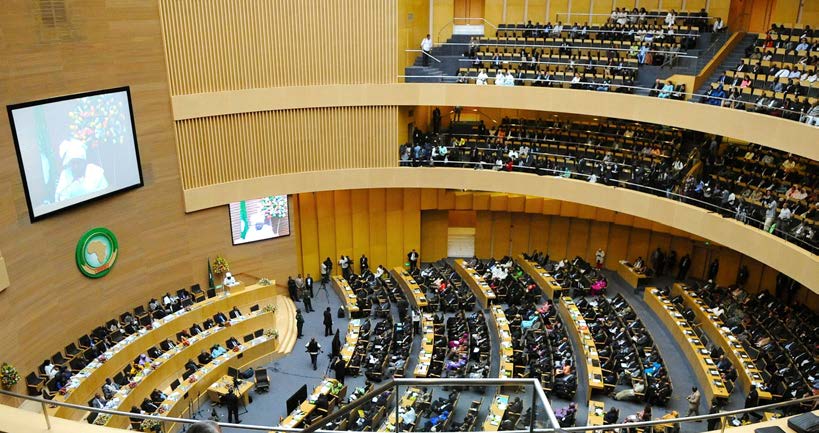 It seems unfair that the AU is held to higher standards than other regional blocs, when it sometimes accomplishes more

The African Union (AU) has often been subjected to a barrage of denigration in the media. The criticisms are not without a basis in fact. Nevertheless, it must also be said that critics often judge the AU by far higher standards than those they apply to the United Nations (UN).

No critic denounces the UN for including all the states in the world, and so having dictators as members — yet the AU is frequently criticised for just this. No commentators denounce the UN for failing to stop the mass murder of some half-a-million Chinese in Indonesia during the 1965-66 massacre, or the mass murder of two million Cambodians during the 1970s. But the AU is routinely derided for not intervening more forcefully when there is a civil war in Africa, even though it would have to go against the will of the state concerned to do so.

Similarly, critics who denounced African presidents for removing the jurisdiction of the Southern African Development Community Tribunal over human rights fell silent when the then British prime minister, David Cameron, said it was “inconceivable” that the European Court of Human Rights could exercise its judgment over the United Kingdom, and threatened “strong action” if it dared.

The history of the AU goes back to the 1893 Congress on Africa in Chicago, when a journalist writing for the US publication, Advance, coined the term “Pan-Africanism”. Intellectuals in the African diaspora held a further nine conferences, each time with more leaders and organisations from the continent. Pan-Africanism was founded in the diaspora, and later came home to the continent. On 25 May, 1963, newly independent African countries founded the Organisation of African Unity (OAU), with its headquarters in Addis Ababa. Today we celebrate this date as Africa Day. Seven of the new OAU’s members were also members of the Arab League, and all had joined the UN.

The OAU was modelled on the Organization of American States (OAS), founded in 1948. These organisations shared a founding principle: that they would not intervene in the domestic affairs of member countries. The principle is upheld in the founding documents of the OAS (Article 19); in the UN (Article 2(7)); the Arab League (Article 8); and the Association of Southeast Nations (ASEAN) (Article 2(e)).

Like the Arab League and ASEAN, the OAS held meetings among its ministers of foreign affairs, typically twice a year, to finalise the agenda for a summit of presidents every six months. In each case, a small secretariat held everything together between summits. So the OAU was not unusual compared with its fellow mid-twentieth century regional organisations around the globe. Typically, the OAU would propose the establishment of an organisation it could not support and then another intended for the same purpose. Finally, a decade or two later, it would initiate a structure that actually worked as the first one had been intended to.

In 1963 the OAU proposed a Commission of Mediation, Conciliation, and Arbitration (Article VII), which never met. Then, between 1981 and 1982 it sent a modest peacekeeping contingent — which withdrew after six months — to the Chadian civil war. In 1993 it founded the OAU Mechanism on Conflict Prevention, Management, and Resolution. When the AU was established, the Mechanism became the Protocol Related to the Establishment of the Peace and Security Council, and operational in 2004. Establishing an effective peacekeeping organisation took 41 years, and the African Standby Force is still to be constituted.

In Africa Pan-Africanism has primarily been a response to white racism and exploitation in the diaspora, and colonialism on the continent. Since the 1990s, after the Cold War ended, globalisation spurred its growth, and brought a cascade of change. The General Agreement on Trade and Tariffs was replaced by a successor with teeth: the World Trade Organization. Thirty years after the deadline it set to establish a common market in the 1957 Treaty of Rome, the European Union (EU) signed the Maastricht Treaty. The US founded the North American Free Trade Agreement, while ASEAN, the OAS, and Mercosur (the South Amercian regional bloc including permanent members Argentina, Brazil, Paraguay, Uruguay, and Venezuela, and associates Bolivia, Chile, Peru, Colombia, Ecuador and Suriname) all added new structures and treaties, including measures to upgrade to free trade areas.

Globalisation catalysed phenomenal continental and sub-regional institution building. The OAU started off with only three structures: a meeting of foreign ministers; a summit of presidents; and a secretariat. As this article goes to press in 2016, the AU has more than 95 organs, structures, affiliates and quangos (see infographic on pages 74 and 75). Interestingly, most of the AU’s structures, as well as those of its regional communities such as Ecowas, are concerned with measures — such as free trade areas — promoting economic integration. Most of the AU’s actions meanwhile are concerned with peacekeeping. This reflects a dichotomy between long- term vision and daily realities.

Many of the AU’s institutions are parastatals, banks, international electrical power grids, and vaccination and other technical institutes. Most of the member states of Ecowas and SADC are now free trade areas. The SADC, Comesa, and the East African Community are merging to form a tripartite free trade area covering 26 countries and 500 million people. On paper Ecowas is a customs union, and its secretariat’s main task is to nag its 15 member states to implement the treaties they sign.

Peacekeeping forces include a multinational joint task force and comprise troops from Benin, Cameroon, Chad, Niger and Nigeria to fight Boko Haram. Burundian, Kenyan and Ugandan troops form the backbone of the peacekeeping force fighting Al-Shabaab in Somalia. Unexpectedly, judicial activists — the judges of the Ecowas Community Court of Justice and the East African Court of Justice (EACJ) — are pushing to turn inter-governmental organisations into supra-national entities. They want to assert jurisdiction over individual member states in human rights cases. Dictatorships ignore their rulings, but democratic African states do submit themselves to regional or continental rules of law. The African Court of Justice and Human Rights and the African Court of Human and Peoples’ Rights are scheduled to be merged as soon as enough governments have ratified the treaty.

As a continental organisation, the AU must balance resources and obligations with the need to act. International peacekeeping protocol is that troops should never come from states bordering the one they are to be deployed to. Yet Al-Shabaab was able to recruit many Somalis by inviting them to resist the Ethiopian troops that the UN had deployed as peacekeepers. Similarly, using Chadian troops as peacekeepers in the Central African Republic led to pogroms against the minority of Muslim Chadians living there. A related problem has been that the lawlessness and terror that state forces use to fight terrorists has seen bereaved villagers joining the insurgents instead of welcoming the state armies.

Another challenge for the AU and its predecessor organisation has been sustaining funding. During the 39 years of the OAU’s existence less than one quarter of its member states paid their annual dues in full and on time. In Ecowas, only Nigeria and two others paid their fees regularly. The result was that many programmes could not be implemented, while those that could   be were shackled to donor conditions. Soon after the AU was inaugurated in 2002, and again this year, the continent’s big four economies — Algeria, Egypt, Nigeria, and South Africa — agreed to pay the contributions other countries had failed to submit.

Another decades-long issue with the OAU and AU has been that presidents have often shown little inclination to ratify treaties they were happy to sign to garner positive media mentions. Treaties like the Yamoussoukro Declarations of 1988 and 1999, which aim to liberalise African air space, remain wishes on paper.

Staffing is another problematic area. Large organisations tend to suffer from the scourge of political appointments. In a big, bureaucratic organisation, it can be a long, difficult process to discipline or dismiss a staff member for incompetence or laziness. And often, when such issues arise, the national’s ambassador tries to interfere. The AU needs to learn from the EU’s mistakes. The Eurozone crisis is surely the best evidence yet that Africa should not attempt its proposed continental single currency, the Afro, until after it has achieved regional, and ultimately continental, fiscal unions.

Brexit is merely the worst example of the EU’s democratic deficit. Despite being able to participate in elections for the European Parliament, huge numbers of European citizens feel alienated from their elites. At the very least, the Pan-African Parliament needs to move to direct elections as speedily as possible, and have a popular Friends of the AU association set up in as many states as possible.

With all this as background, we can see that the AU has achieved rather more than any other regional organisation, with the sole exception of the EU — which has a budget three times as large. The AU and its regional communities undertake peacekeeping on a scale that the Arab League, OAS, and Asean have never dared imagine, still less attempt.

The Pan-African Parliament was only the fourth of its kind in the world   to be founded. The AU has also pioneered the re-inclusion of people in the African diaspora through non-governmental organisations represented on its Economic, Social, and Cultural Council.

Most remarkably, the complex array of treaties that comprises the AU envisages a combination of legislative, judicial, and executive organisations that would, in effect, be a continental confederation. If the AU only partially achieves this, it would be a world first. 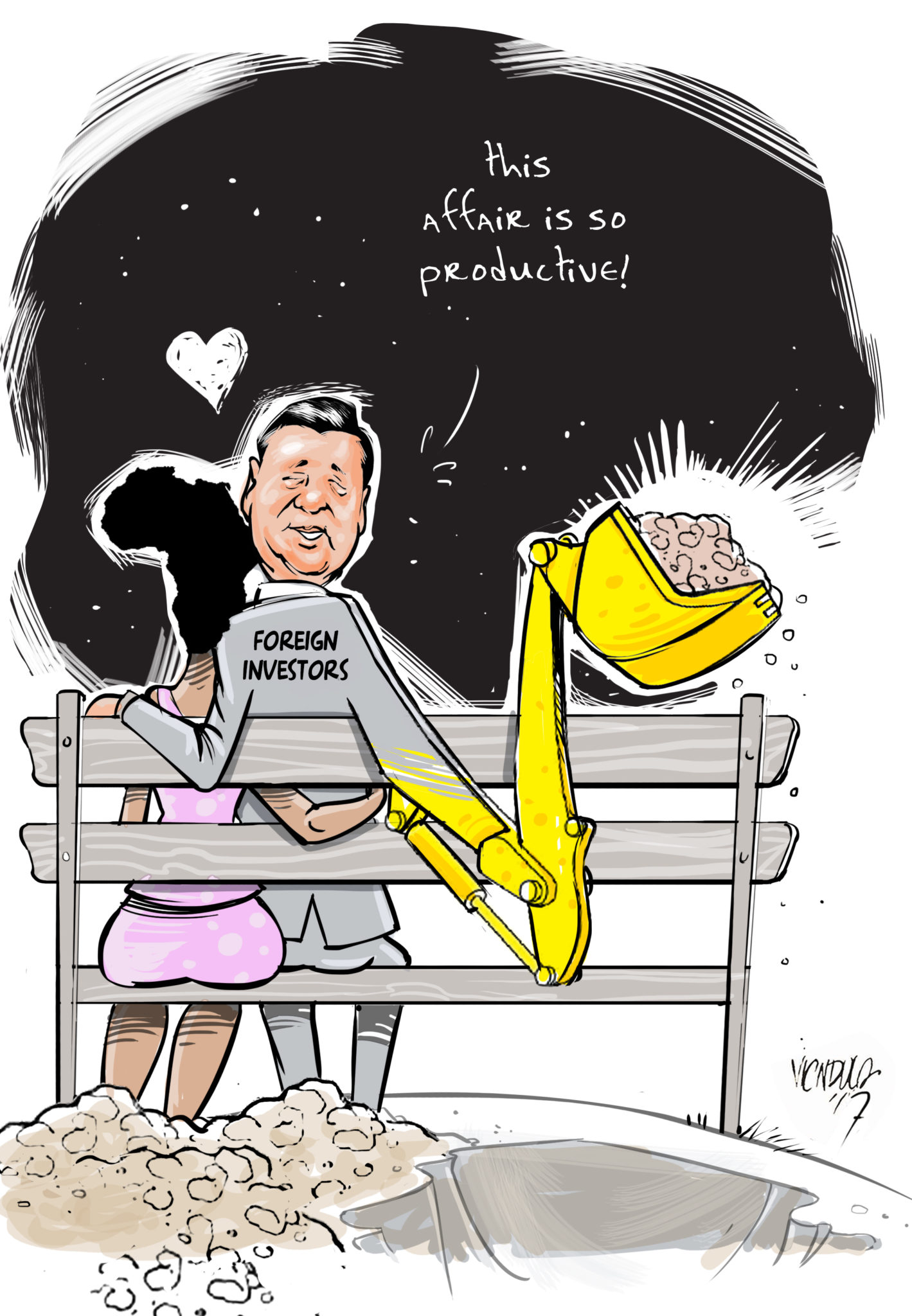